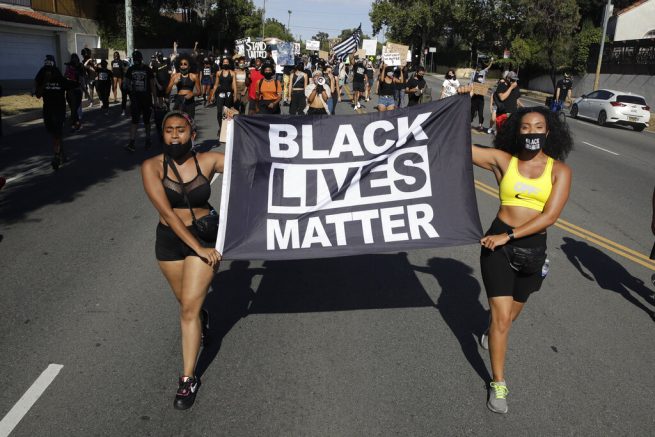 Dozens of protesters were arrested in Louisville, Kentucky on Friday during a demonstration for Breonna Taylor.

Louisville police arrested 76 people after activists gathered in the city’s downtown area. Demonstrators demanded for justice for Taylor, who was shot by police in her home in March.

The demonstration was largely peaceful. However, those arrested were taken into custody for allegedly setting up obstacles in the streets and assaulting officers by throwing objects at them.

Meanwhile, militia group NFAC also marched through the city in support of the protests.

I’m with the NFAC now. About 500 members are here, mostly armed with long guns and wearing black. Word is they’re marching into downtown in about ten minutes. I’ll be livestreaming again soon. pic.twitter.com/ic6RxyZPrY

“We decided to come down and send a strong message to the powers to be, the judicial system, that we needed to see something,” stated group leader John Fitzgerald Johnson.

The size of the NFAC march in Louisville needs to be seen to be believed pic.twitter.com/xaUR3YD0IT 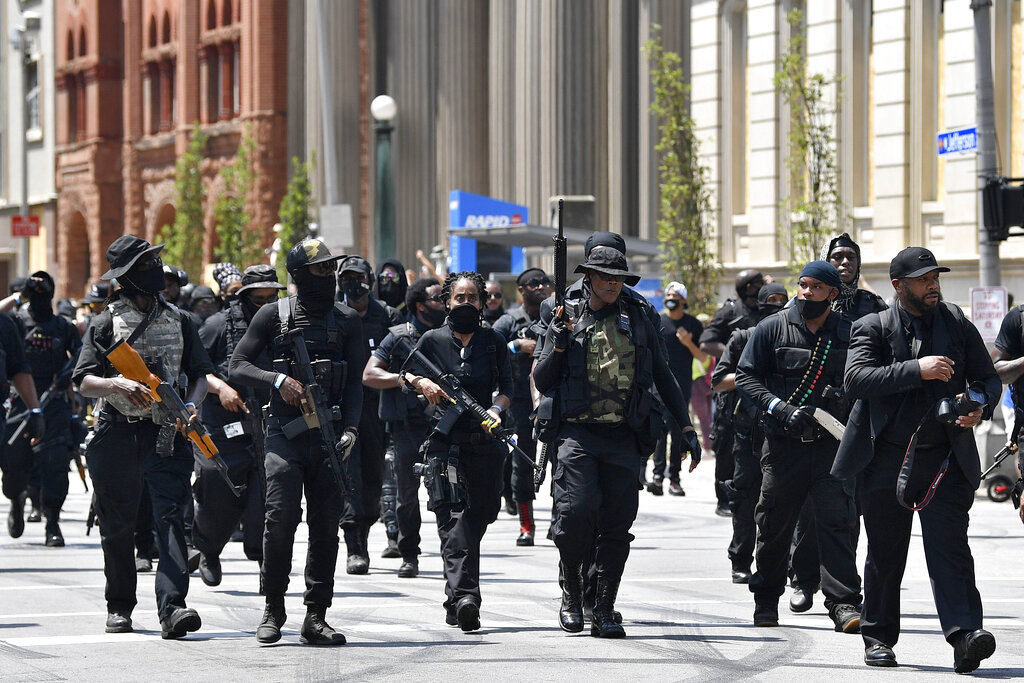 Armed members of the “NFAC” march through downtown Louisville, Ky., toward the Hall of Justice on Saturday, July 25, 2020. (AP Photo/Timothy D. Easley)

The group wore all black, openly carried weapons and claimed it was their constitutional right to employ the armed militia.

During the demonstration, one armed attendee unintentionally fired his gun. The gunshots wounded three protesters, all of whom were members of the militia coalition.

Footage of the shooting from NFAC Rally in Louisville KYhttps://t.co/p3Y1x18DEY

The victims were taken to the University of Louisville Hospital. According to authorities, they suffered non-life threatening injuries and are expected to recover.

MORE NEWS: McEnany: Federal Government Has A Duty To Uphold The Law In Portland

A doting wife has to remind her husband every single morning that they’re in love due to a rare condition that causes memory loss. Christopher Robin Turner, 36, says his life imitates rom-com “50 First […]

FILE – In this Dec. 10, 2019 Nikolas Cruz appears at a hearing in Fort Lauderdale Fla. The death penalty trial of Cruz, the man charged with killing 17 people at a Florida high school […]