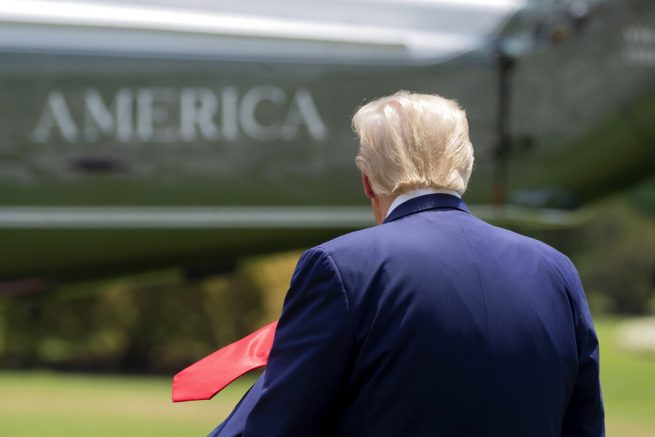 FILE – In this July 15, 2020, file photo President Donald Trump walks on the South Lawn of the White House in Washington before boarding Marine One for a short trip to Andrews Air Force Base, Md. (AP Photo/Patrick Semansky, File)

Two top officials from the White House and President Trump’s reelection campaign are giving the president kudos for his leadership during the coronavirus pandemic.

Conway noted that his approval ratings receive a major boost when he’s among White House task force officials. She recommended President Trump continue briefing the public regularly about the coronavirus and to make sure he is always front-and-center.

“Well I believe it because the pandemic continues and he’s done a solid job leading us through it,” said Conway. “His approval rating on the pandemic was higher when he was at the podium, it was 51% in March, and people want to hear from the President of the United States.” 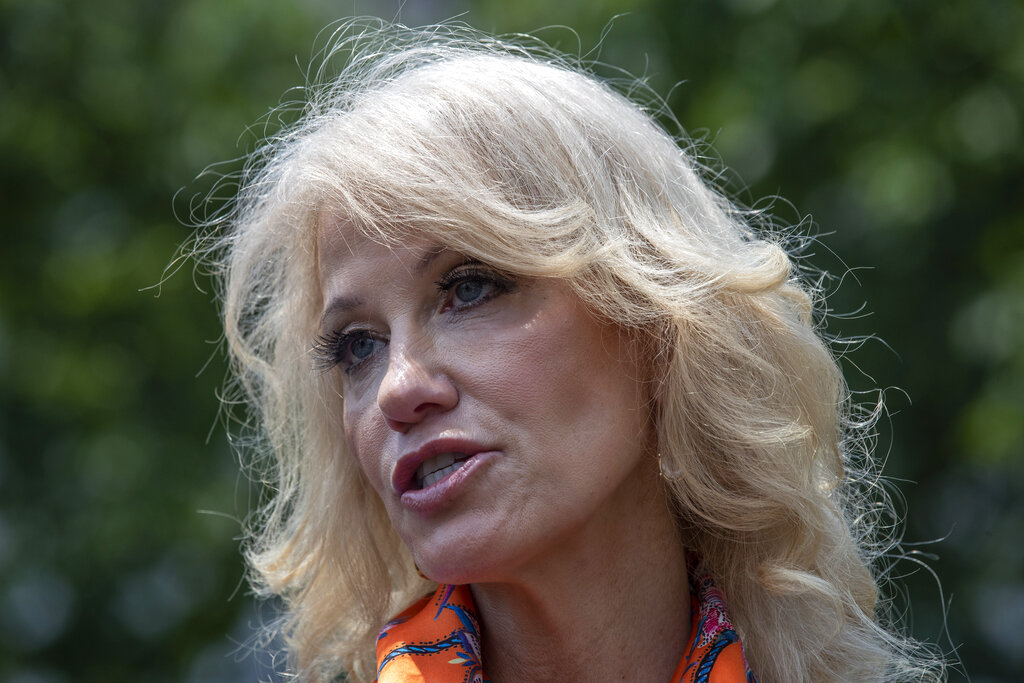 Counselor to the President Kellyanne Conway speaks with reporters at the White House, Tuesday, July 7, 2020, in Washington. (AP Photo/Alex Brandon)

When asked about whether the federal government should issue a national face mask mandate, Schlapp argued that the decision should be made by state governments. She said despite the disagreements, everyone is trying to figure out the best way to handle the ongoing pandemic.

“And what we’ve decided, is we need to ensure that we’re continuing to flatten the curve, keeping mortality rates down, ensure that we fast-track the vaccines development, the therapeutics development,” explained the Trump campaign adviser. “We’ve been able to increase our testing capabilities, we’re seeing results.”

Meanwhile, President Trump said there’s a another major coronavirus relief package in the works, which will demand a payroll tax cut.

TAIPEI—Taiwan raised its coronavirus alert level on Saturday in the capital, Taipei, and the surrounding city, bringing curbs for a period of two weeks that will shut many venues and restrict gatherings in the wake […]

DETROIT—Detroit police named a former Michigan State University basketball star as the suspect in a deadly shooting late Saturday. Keith Appling, 29, was wanted in connection to the shooting death of a 66-year-old man, according […]