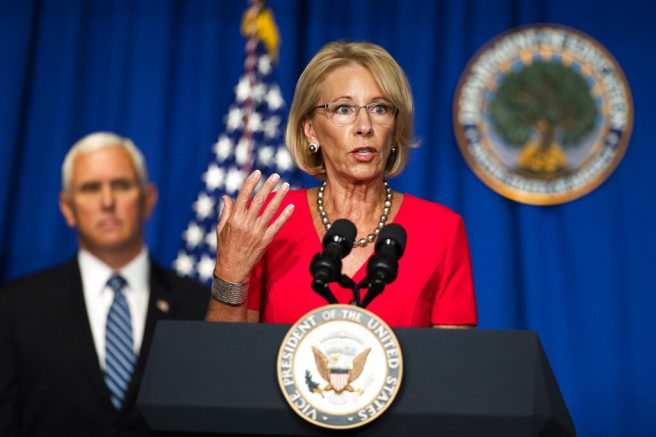 The lawsuit has accused Education Secretary Betsy Devos of using the rule-making power of her department to redirect CARES Act funds away from public schools and towards private institutions.

While speaking on the matter, Whitmer claimed CARES Act funds were intended to support low-income communities during the pandemic and accused Devos of trying to advance a privatization agenda.

“CARES Act dollars are designed to provide support to schools in low-income areas, but Betsy DeVos and the Trump administration have a different plan,” claimed the Michigan governor. “Under their new rule, private schools in affluent districts may receive services.”

We should plan and prepare that our children WILL be back in school this fall, @BetsyDeVosED says. pic.twitter.com/P5R4JijcS4

Devos has denied the claims of the suit. However, she stated that since the pandemic has affected all communities, it stands to reason private school students should also have access to the funds.

Chinese Threat Against Taiwan Too ‘Dangerous’ to Ignore

WASHINGTON—The global computer chip shortage has boosted the economic and strategic importance of Taiwan, which is home to some of the world’s largest and most advanced chip foundries. With the increased Chinese aggression against Taiwan […]

Mississippi Gov. Tate Reeves explains to reporters some of the line items that he vetoed from the appropriations allocated by the state Legislature, Thursday, April 28, 2022, in Jackson, Miss. (AP Photo/Rogelio V. Solis) OAN […]