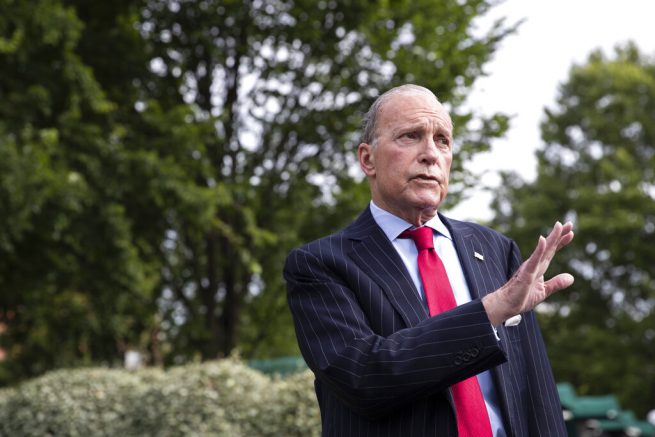 According to the White House’s economic adviser, a second COVID-19 shutdown would be a big mistake.

On Wednesday, Larry Kudlow said it would not only harm businesses, but also kids. He stated keeping school age kids home could lead to an increase in depression.

Amid the recent spike in cases across the U.S., he urged Americans to take the necessary precautions to stay healthy, such as social distancing and practicing good hygiene.

Kudlow reiterated the nation is prepared for the increase in cases and touted the 600,000 new tests being administered daily.

“In general, hospitalization capacity is plentiful, that’s what the numbers show,” he said. “As the president has said – and maybe he gets blamed, but it’s factually true – the fatality rate continues to fall.”

He claimed another shutdown would stifle the great v-shaped recovery of the economy.

Commentary The National Center for Health Statistics, a Centers for Disease Control and Prevention subagency, reported this week that America’s fertility rate dropped for the sixth consecutive year. Total births declined by 4 percent in […]

I’d be arrogant not to consider running for pres. – One America News Network

After meeting with President Joe Biden, actor Matthew McConaughey talks to reporters during the daily news conference in the Brady Press Briefing Room at the White House on June 07, 2022 in Washington, DC. (Photo […]