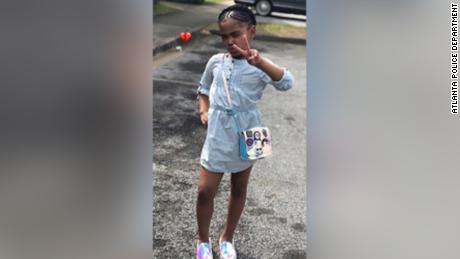 The Democrat mayor of Atlanta, Georgia is slamming violent protests in her city, following the death of an eight-year-old girl.

During a press conference Sunday, Mayor Keisha Lance Bottoms said “enough is enough” and called on residents to “stop shooting one another.”

Her comments came after eight-year-old Secoriea Turner was fatally shot on Saturday after at least two people opened fire on a car she was riding in with her mother.

Bottoms went on to say this incident cannot be blamed on police officers, adding that it’s time to fight what she called “the enemy within.”

“We are shooting each other up on our streets in this city, and you shot and killed a baby and it wasn’t one shooter, there were at least two shooters. An 8-year-old baby.” BUMP

Meanwhile, police are calling on the public to help identify those involved in the fatal shooting.

Secoriya Williamson, the father of 8-year-old Secoriea Turner who was killed in a shooting Saturday in Atlanta, addresses the public in a press conference: pic.twitter.com/Z0x9VWqP1Y

Biden lies to press about effectiveness of Trump border policies