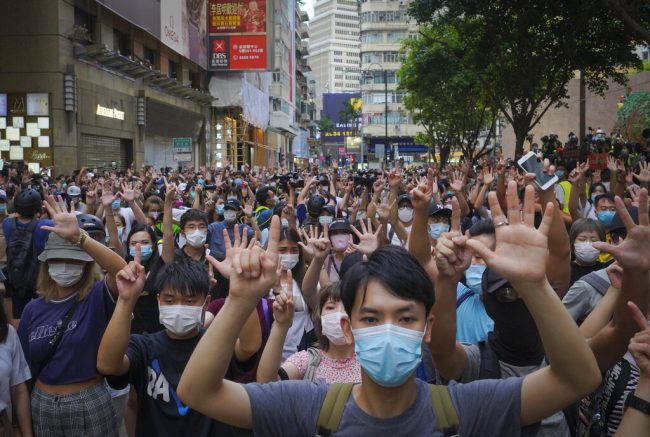 Protesters against the new national security law gesture with five fingers, signifying the “Five demands – not one less” on the anniversary of Hong Kong’s handover to China from Britain in Hong Kong, Wednesday, July. 1, 2020. (AP Photo/Vincent Yu)

House lawmakers have taken the first steps towards providing a refugee status to certain groups of Hong Kong citizens. During a recent Foreign Affairs Committee hearing, congressmen from both major parties condemned China’s new national security law and claimed it will erode the city’s autonomy.

“This is a battle between democracy and dictatorship, between liberty and tyranny, between freedom and oppression,” said Rep. Michael McCaul (R-Texas).

Lawmakers have called on President Trump to take actions to counter Beijing and help the people of Hong Kong.

“When we heard you sing our national anthem and when we saw you carrying our American flag, we knew that you were telling us we are not two people, but one both united in our belief in freedom and democracy for all,” stated McCaul. “It is a battle that the world must win.”

Congress is now expected to mirror the latest step by the British parliament, who recently granted immigration status to millions of Hong Kong residents. 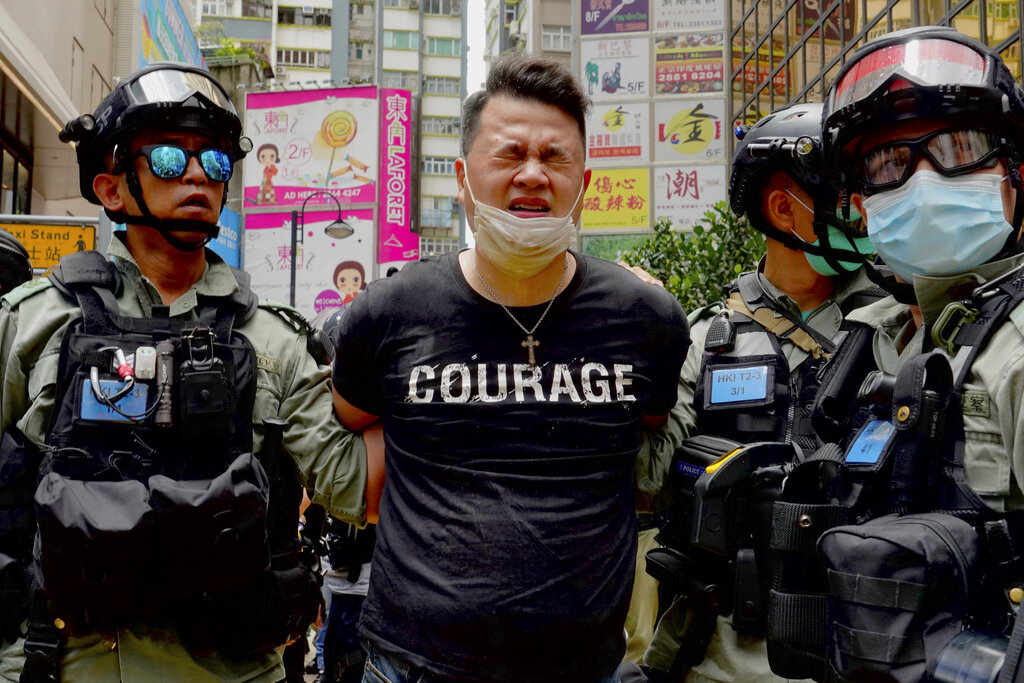 Police detain a protester after being sprayed with pepper spray during a protest in Causeway Bay before the annual handover march in Hong Kong, Wednesday, July. 1, 2020. (AP Photo/Vincent Yu)

Secretary of State Mike Pompeo has also denounced the newly imposed Chinese security law. On Wednesday, he claimed China’s decision to impose such a harsh law against Hong Kong will destroy the nation’s autonomy. He added President Trump intends to treat Hong Kong like the mainland due to the legislation ending the nation’s special status.

The secretary noted these actions are reversible, but said it doesn’t appear that China has plans to do so. Pompeo went on to say Tuesday’s ruling has already gone into effect and hundreds of Hong Kong residents have been arrested for speaking freely.

“Free Hong Kong was one of the world’s most stable, prosperous and dynamic cities. Now, it’ll be just another communist run city, where its people will be subject to the party elites’ whims. It’s sad.” – Mike Pompeo, U.S. Secretary of State

He also pointed out this is not the only promise they’ve broken in the last few years. He cited violated agreements with the World Health Organization and the United Nations as examples.

Pompeo has called the legislation an insult to all nations and reiterated the U.S. is committed to protecting the human rights of all Chinese people.

NEW YORK, NY – DECEMBER 28: Firefighters leave after putting out a major house fire on Prospect avenue on December 28, 2017 in the Bronx borough of New York City. Over 170 firefighters respond to […]