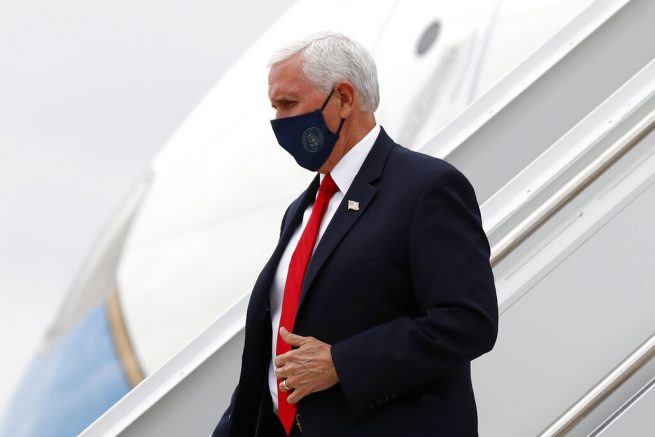 Vice President Mike Pence said while he is dedicated to improving the lives of black Americans, he cannot support the Black Lives Matter (BLM) organization.

During an interview Sunday, he said the BLM movement is pushing the political agenda of the radical left. After meeting with leaders within black communities for multiple weeks in a row, he does not believe BLM reflects the desires and needs of most people there.

Instead, Pence reaffirmed his belief that “all lives matter” and that includes the lives of the unborn.

“What I see in the leaders of the Black Lives Matter movement is a political agenda, the radical left that would defund the police, that would tear down monuments…and support calls for the kind of violence that has beset the very communities that they say they are advocating for,” he stated.

“As a pro-life American, I also believe that all lives matter, born and unborn. What I see in the leaders of the Black Lives Matter movement is a political agenda of the radical Left that would defund the police, that would tear down monuments…” – VP @Mike_Pence pic.twitter.com/s0qogFXNYz

Based off of his conversations, Pence said most black Americans want a bigger investment in their communities along with more police training, not the abolishment’s of all law enforcement agencies.

Canadian diplomats receiving anti-racist training courses are now using materials that draw on a Marxist-based social theory, teaching them that “objectivity,” “sense of urgency,” and “paternalism” are all characteristics of “white supremacy.” Through an access […]

President Joe Biden delivers his first State of the Union address to a joint session of Congress at the Capitol, as Vice President Kamala Harris and House Speaker Nancy Pelosi of Calif., watch, Tuesday, March […]

An ‘Academical Village’ as a Model for a New Republic

If you had traveled with the Marquis de Lafayette to the Piedmont region of Virginia in 1824, you would have been amazed to come upon a beautifully proportioned village being built in the finest tradition […]