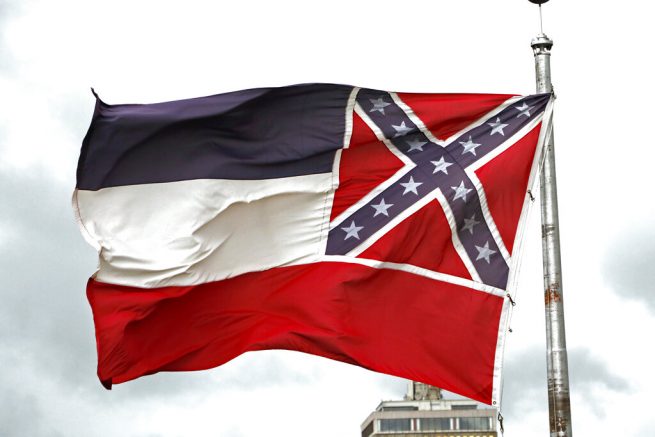 Mississippi lawmakers are sending up their decision to remove the Confederate emblem from their flag. On Saturday, the state Senate voted 36-14 to allow changes to the design of the flag.

This came hours after the lower chamber passed the bill, which would establish a commission to create a new design for the flag.

“I have lived through some things with this flag,” said Laurel Mayor Johnny Magee. “As they told Dr. King to wait, the time for waiting is over.”

One idea lawmakers have introduced is replacing the Confederate emblem with the phrase “In God we trust.”

This is the first time Mississippi legislators have considered removing the symbol since 2001, when a voter initiative failed to gain traction.

“As a younger Mississippian, a millennial, it represents darker days where our state government and various others used it as a symbol of supremacy,” explained one resident. “So I am hopeful that it will change, bring forth a symbol that’s more unified and represent the diversity of Mississippi.”

His signature will give residents the opportunity to vote on the commission’s design in the November 2020 general election.

The Academy Awards television audience plunged to 9.85 million viewers on ABC, less than half of the Oscars’ previous low and continuing a startling trend of viewer tune out for awards shows. The Nielsen company’s […]