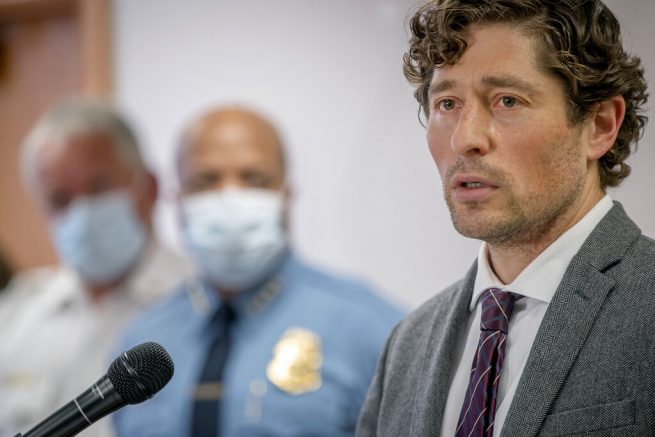 FILE – In this May 28, 2020 file photo, Minneapolis Mayor Jacob Frey speaks during a news conference in Minneapolis. (Elizabeth Flores/Star Tribune via AP File)

The Minneapolis City Council is advancing plans to dismantle the city’s police department amid protests since the death of George Floyd.

#BREAKING: The Minneapolis City Council votes 12-0, approving a radical proposal to change the city charter that would allow the police department to be dismantled, marking the first step in a process that faces significant bureaucratic hurdles to make the November ballot.

In a unanimous decision Friday, the council passed a proposal to amend the city charter, which would allow the Minneapolis Police Department to be replaced by a Department of Community Safety and Violence Prevention.

According to a draft of this amendment, the agency would focus on a “public health approach” that requires it to be led by someone with “non-law enforcement experience in community safety services.”

Members said they know this proposal is not the change people are asking for, but noted it’s a step in the right direction.

The process of dismantling the Minneapolis Police Department is expected to face “significant bureaucratic obstacles” before it’s able to make the November ballot.

New Documentary Shows How Trust Has Been Used to Counter Huawei

“Speed now is the number one currency in business today and you need that momentum for that digital transformation…And the big, they no longer eat the small. The quick eat the slow.” So said former […]