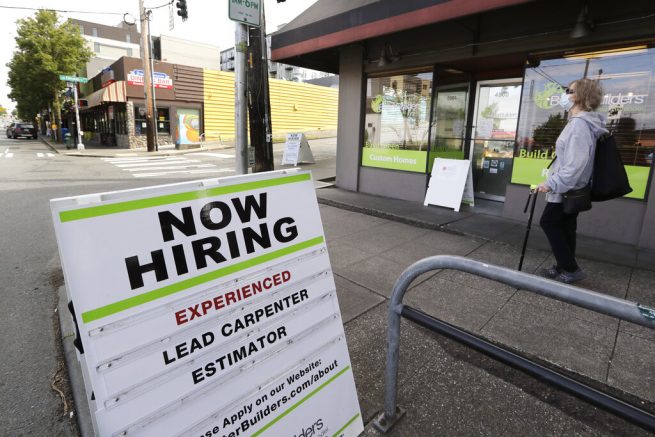 FILE In this June 4, 2020 photo, a pedestrian wearing a mask walks past reader board advertising a job opening for a remodeling company, in Seattle. (AP Photo/Elaine Thompson, File)

The number was higher than economists’ expectations for about 1.3 million new claims, while continuing claims fell by more than 760,000. The previous week’s data was revised up by 32,000.

The Commerce Department also released its final first quarter GDP revision, which confirmed the U.S. economy shrank at an annualized rate of 5% in the first three months of the year. 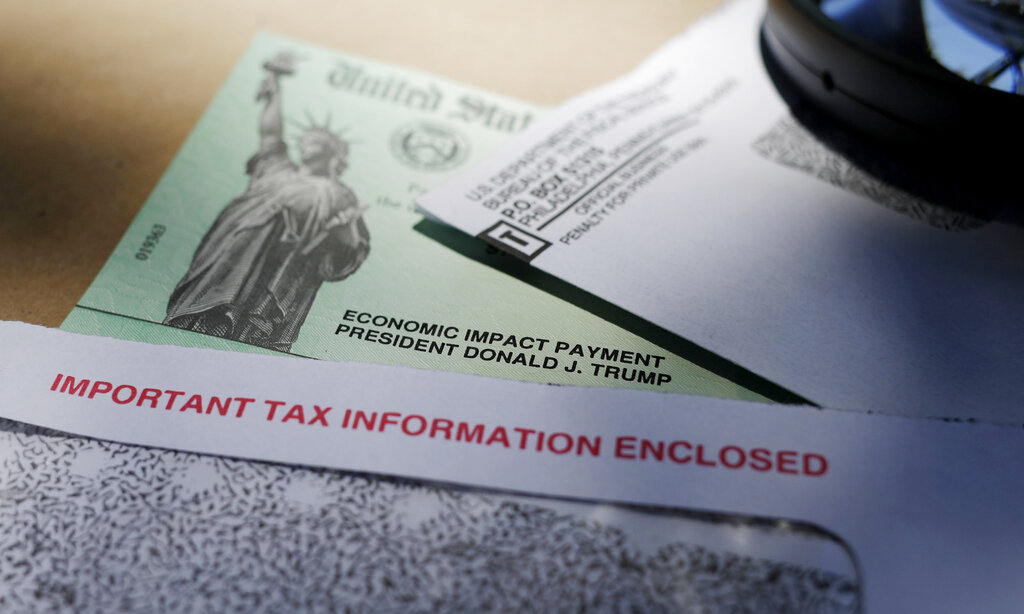 FILE – In this April 23, 2020, file photo, President Donald Trump’s name is seen on a stimulus check issued by the IRS to help combat the adverse economic effects of the COVID-19 outbreak, in San Antonio. Hundreds of thousands of dollars in coronavirus relief payments have been sent to people behind bars across the United States, and now the IRS is asking state officials to help claw back the cash that the federal tax agency says was mistakenly sent. (AP Photo/Eric Gay, File)

Meanwhile, more than a million deceased Americans were sent more than a billion dollars in total as part of the stimulus payments made earlier this year. According to a report by the Government Accountability Office, the IRS and Treasury Department rolled out more than 160 million payments worth around $269 billion.

Treasury officials explained in order to meet the mandate to deliver payments as quickly as possible, it used policies that didn’t include using death records from Social Security to halt those payments.

The report also noted the IRS doesn’t have a plan in place to notify ineligible recipients, including the relatives of the deceased Americans who received a payment.