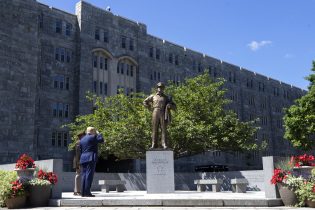 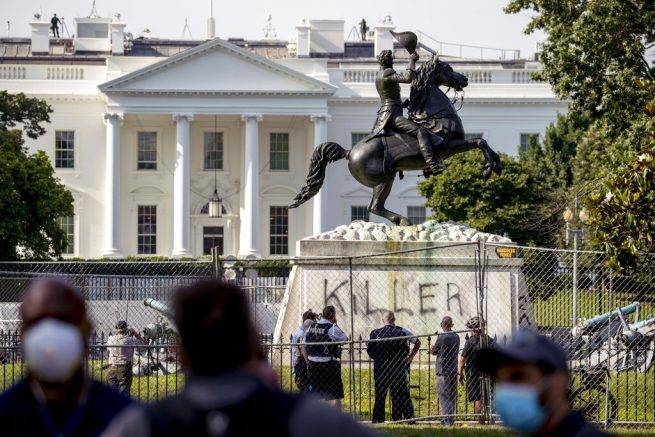 The White House is visible behind a statue of President Andrew Jackson in Lafayette Park, Tuesday, June 23, 2020, in Washington, with the word “Killer” spray painted on its base. Protesters tried to topple the statue Monday night.  (AP Photo/Andrew Harnik)

President Trump is calling the recent attack on the statue of former President Andrew Jackson in Lafayette Square a “sneak attack.”

While speaking Tuesday, the president said law enforcement did an incredible job responding to protesters Monday night. He suggested those attacking statues are only doing so for the sake of committing wrongdoing.

“I think they just want to do things for bad purpose,” he stated. “And these are protesters, these are agitators and others, so we’ve taken a very strong stance and it won’t be happening federally.”

President Trump is preparing an executive order to protect our nations historical monuments and statues. He has called for the immediate arrest and imprisonment of so-called anarchists attempting to take down historical statues across the nation.

In addition to an executive order, the president is offering the help of the National Guard for states in need of extra assistance fighting off the vandals. He said he plans to use pre-existing laws, including the Monuments Act and the Veteran’s Memorial Preservation Act to carry out his order.

“We have a very specific Monuments Act and we are looking at long term jail sentences for these vandals and these hoodlums,” he stated.”…Some people don’t like that language, but that’s what they are…they don’t love our country.” 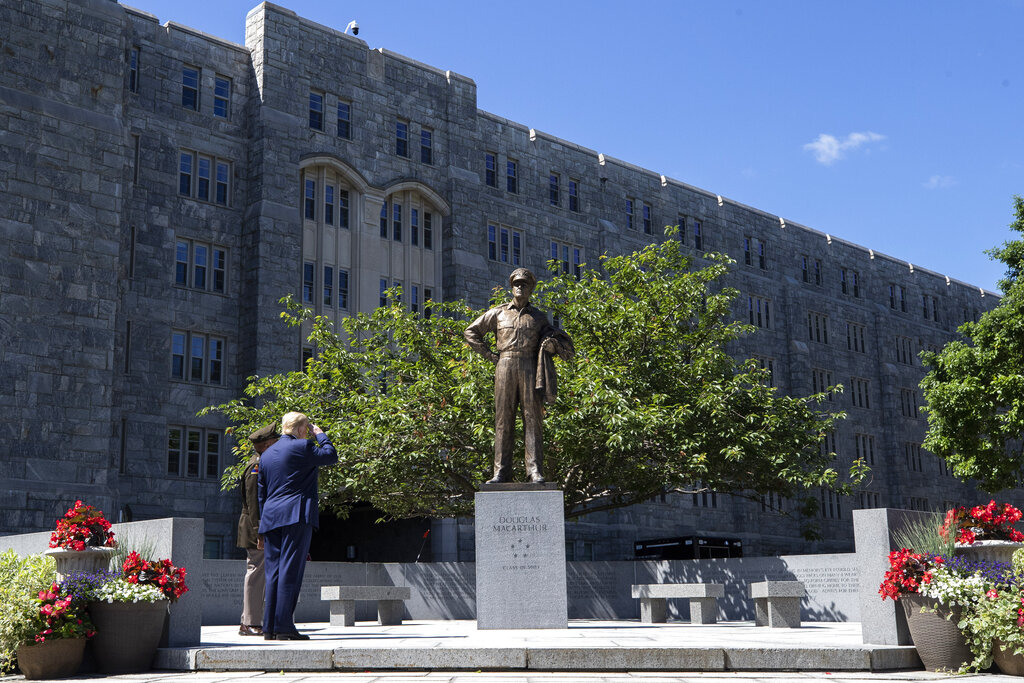 President Donald Trump, accompanied by Superintendent of the United States Military Academy Lt. Gen. Darryl Williams, salutes a statue of Gen. Douglas MacArthur, before speaking to over 1,110 cadets in the Class of 2020 at a commencement ceremony on the parade field, at the United States Military Academy in West Point, N.Y., Saturday, June 13, 2020. (AP Photo/Alex Brandon)

Under the Monuments Act, also known as the American Antiquities Act’, the president is given power to prohibit the destruction of national monuments and enforce strict penalties for offenders.

According to the Veteran’s Memorial Preservation Act, those violating the law can be imprisoned up to 10 years.

The president’s announcement came after a large group tried remove former President Andrew Jackson’s statue on Monday. Moving forward, offenders could get up to 10-years in prison for the destruction of public monuments.

OAN Newsroom UPDATED 12:11 PM PT – Wednesday, August 26, 2020 Eric Trump said his father will continue to fight for “every proud American who bleeds red, white and blue.” He advocated for his father’s […]

Members of the San Jose Police Department investigate a homicide scene at Grace Baptist Church on Monday, Nov. 23, 2020, in San Jose, Calif. Two people died and multiple others were injured in a stabbing […]