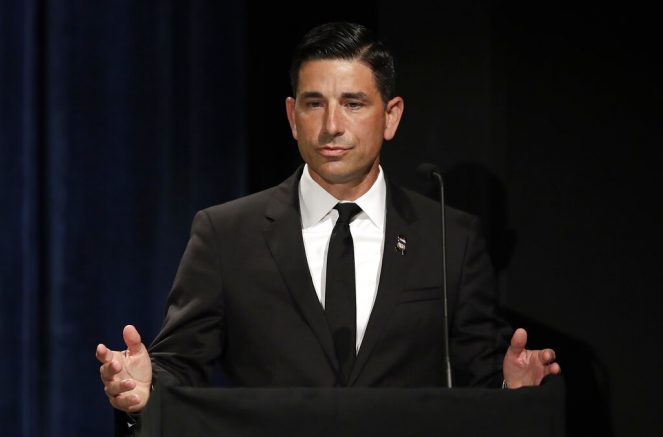 The Trump administration said they are determined to put an end to the Deferred Action for Childhood Arrivals program or DACA. In an interview with “Meet the Press” Sunday, acting Secretary of the Department of Homeland Security Chad Wolf said DACA will come to an end within the next six months.

This comes less than a week after the nation’s highest court blocked the president’s previous attempt. In a five-to-four decision last week, the Supreme Court ruled that the president could not rescind DACA under the legal grounds President Trump provided.

However, every justice on the court agreed DACA may be rescinded if the administration provided a different justification. Wolf noted the president realizes a solution needs to be found for those affected by DACA, but that it must come through the legislative branch. He made the following remarks on the matter:

“But we are going to end an unlawful program. As the acting secretary of homeland security, I don’t have the luxury to ignore the law. The program is unlawful. We need to solve it. The president’s begging Congress, has been for the last two and a half years, to solve this problem. We’re willing to sit down at the table and negotiate with them.”

At a campaign rally Saturday, the president doubled down on his efforts to get rid of the program as well.

“But we actually won on DACA yesterday, we actually won, because they basically said you won,” he stated. “But you have to come back and redo it…it’s almost like, gee, come on back, your paperwork was no good.”

DACA is a policy issued under the Obama administration, which allows individuals who were brought to the United States by their parents to apply for deferred deportation every two years. It also grants DACA recipients eligibility to receive work permits. The DACA program extends to roughly 649,000 immigrants.

In 2017, President Trump intended to end DACA over the course of six months. He gave Congress time to try to create a piece of legislation that would replace DACA, but Congress failed to get anything passed.

Secretary Wolf said the Department of Homeland Security and the president will make an announcement regarding its plans for DACA soon.

RELATED: President Trump doubles down on plans to refile bid against DACA

FILE – In this May 19, 2021, file photo House Speaker Nancy Pelosi of Calif., takes off her face mask to talk to reporters on Capitol Hill in Washington. (AP Photo/Susan Walsh, File) Read Less […]

Former President Trump wont be posting on Facebook any time soon though he now has his own platform, Trump allies start a new group to protect election integrity, and when Arizona parents form their own school board. […]