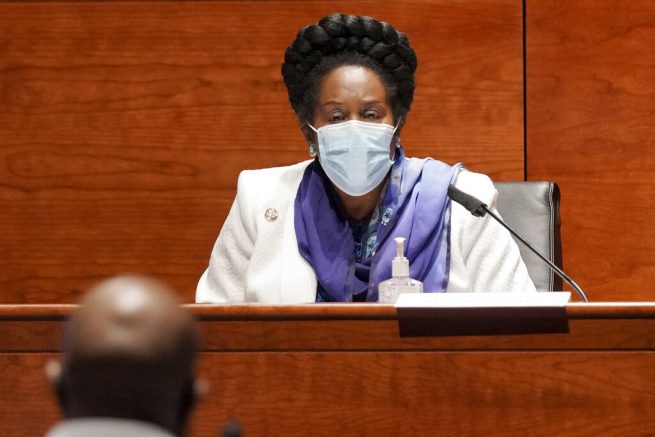 Congresswoman Sheila Jackson Lee (D-Texas) has called for an investigation into the hanging death of a Hispanic man in Houston, Texas. On Wednesday, Lee stated no instance like this one should go uninvestigated, given the circumstances.

An unidentified Hispanic man was found hanging in Houston on Monday. According to investigators, foul play was not involved. Authorities designated his death a suicide after his family confirmed he was suicidal.

Medical Examiners Office has identified deceased individual. He is a Hispanic/Caucasian male, and described by his family as suicidal. No signs of foul play have been found and the evidence to date points to this being a suicide.

However, locals who were near the scene refused to believe it was a suicide.

“With everything that’s been transpiring, with all of the hangings that have been taking place between the last two weeks, why wouldn’t you automatically assume foul play?” asked one local. “Like, no one is hanging themselves from a tree.”

The incident in Houston came weeks after two black men were found hanging in California in separate incidents.

Rep. Lee has said she will make sure this case is investigated thoroughly.

CIA Director William Burns speaks during a Senate Select Committee on Intelligence hearing on Capitol Hill on April 14, 2021 in Washington, DC. The committee is hearing testimony on worldwide threats to national security. (Photo […]

Why Most People Are Deficient in Minerals

It’s estimated that 1 in 3 Americans is deficient in at least 10 minerals, including potassium, manganese, magnesium, and zinc, putting them at risk of chronic diseases such as heart disease and diabetes. “The Mineral […]