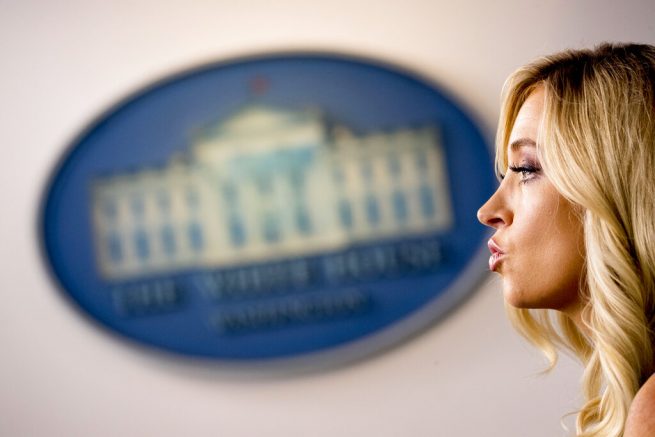 Press Secretary Kayleigh McEnany said the White House is working on striking the right balance between reform and ensuring police officers can do their job.

While speaking to reporters in front of the White house Thursday, McEnany offered brief words about what the White House is considering as they review police reform proposals. She said as of right now, the president is working on approaching stakeholders to determine the path forward with potential legislation.

“So the only new announcement I have on that front is that today (Thursday) we are working on approaching stakeholders and making sure this the appropriate balance between ensuring police could do their job and ensuring that there is needed reform in the aftermath of the killing of George Floyd,” she stated.

On Wednesday, McEnany reiterated the president would not consider ending qualified immunity for police officers, which Democrats have been rallying behind.

President @realDonaldTrump stands staunchly against this astonishingly radical and amazingly counterproductive idea that would jeopardize the safety of Americans! pic.twitter.com/4ND1C4KeGe

Biden vacations with Hunter as conservatives call out federal govt. for double standards

President Joe Biden, center, waves as he is joined by, from left, son Hunter Biden, grandson Beau Biden, first lady Jill Biden, and daughter-in-law Melissa Cohen, as they stand at the top of the steps […]