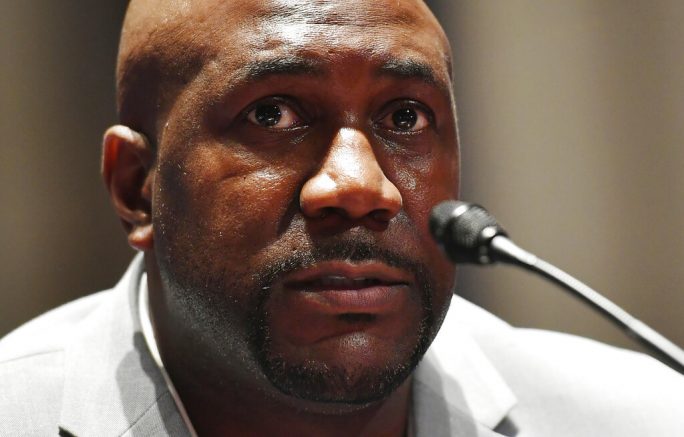 Philonise Floyd, a brother of George Floyd, tears up as he testifies during a House Judiciary Committee hearing on proposed changes to police practices and accountability on Capitol Hill, Wednesday, June 10, 2020, in Washington. (Mandel Ngan/Pool via AP)

The brother of George Floyd called on Congress to reform the nation’s policing system during his recent hearing before the House Judiciary Committee. On Wednesday, Philonise Floyd told lawmakers that it’s up to them to make sure his brother’s death was not in vain.

“George called for help and he was ignored,” said Floyd. “Please listen to the call I’m making to you now, to the calls of our family and to the calls ringing out in the streets across the world.”

“I’m here to ask you to make it stop. Stop the pain. Stop us from being tired.” pic.twitter.com/lo3xrNQanJ

He described George as a “gentle giant” and believes his death will change the world for the better.

“People of all backgrounds, genders and races have come together to demand change. Honor them, honor George and make the necessary changes that make law enforcement the solution, not the problem. Teach them what it means to treat people with empathy and respect. Teach them what necessary force is.” – Philonise Floyd, brother of George Floyd

He went on to say he hopes his brother found their mother and can “rest in peace with power.”

Facts Matter (May 3): Security Breach After Arizona Court Released Sensitive Documents to the Public In Arizona, as the 2020 election audit continues, there has been a security breach after the Maricopa Court released sensitive […]