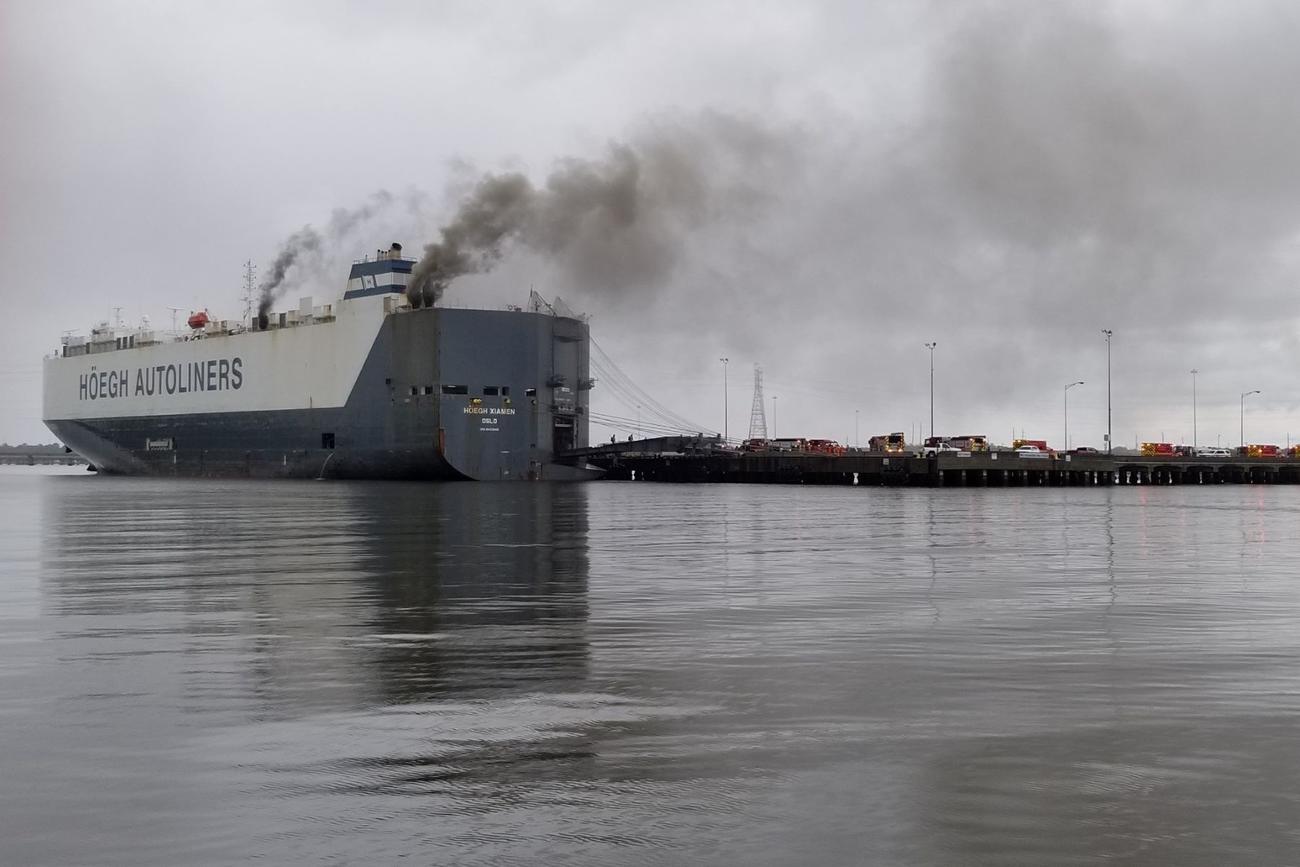 The fire broke out after the M/V H’egh Xiamen completed loading operations about 4 p.m. Thursday, according to H’egh Autoliners, the ship’s owner.

Firefighters have been focusing on cooling the vessel’s exterior. Fire tugs alongside the ship are spraying water on it so it will remain cool, company officials said in a news release Saturday.

“We are continually thankful for the assistance of Jacksonville’s local authorities and first responders,” Thor J’rgen Guttormsen, chief executive officer of H’egh Autoliners said in the news release. “We are especially grateful to the Jacksonville Fire and Rescue Department who remain in attendance at the scene, where they are working to contain the fire.”

All but three of the nine Jacksonville firefighters who were injured battling the blaze were released from the hospital Friday.

Almost 150 firefighters respond to the fire on the Norwegian vessel.

Eight of those firefighters were injured following an explosion before 7 p.m. while one firefighter was injured from heat exhaustion.

“Our thoughts are with their colleagues who are recovering from the injuries they sustained as they first responded to this incident,” Guttormsen also said.

He also thanked the U.S. Coast Guard, the Jacksonville Port Authority among others that responded to the fire.

The company said there have been no reports of any pollution. The situation is being continually monitored. Containment booms also have been placed around the vessel as a precautionary measure, according to the news release.

H’egh Autoliners said it continues to work closely with all local authorities to contain the incident as we work to secure the vessel and ensure the preservation of the local environment.

This article is written by Teresa Stepzinski from The Florida Times-Union and was legally licensed via the Tribune Content Agency through the NewsCred publisher network. Please direct all licensing questions to legal@newscred.com.

An F-22 Raptor crashed Friday morning during a routine training flight near Eglin Air Force Base, Florida. The F-22, assigned to the 325 Fighter Wing, crashed at approximately 9:15 a.m. Eastern time, Jasmine Porterfield, a […]