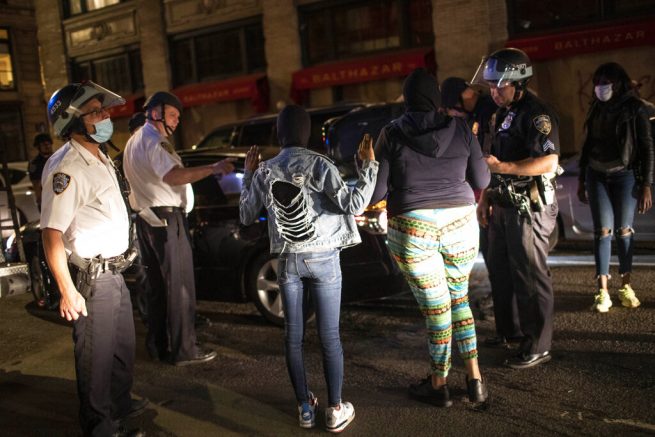 Police search the cars of drivers amidst ongoing looting in SoHo shopping district on Sunday, May 31, 2020, in New York. (AP Photo/Wong Maye-E)

Prosecutors in New York City are expressing frustration with how quickly some of those arrested during the violent riots in the city have been turned back onto the street.

According to reports, hundreds have been arrested for rioting and looting in recent demonstrations, which were sparked by the death of George Floyd. However, many have been immediately released due to the state’s unusual bail reform law.

The law, which was enacted earlier this year, eliminated the bail requirement for suspects accused of most misdemeanors, including burglary.

The NYPD has stated groups of anarchists are targeting upscale stores, particularly in lower and midtown Manhattan. However, police have been unable to hold them, since they were charged with crimes ineligible for bail under the reform. 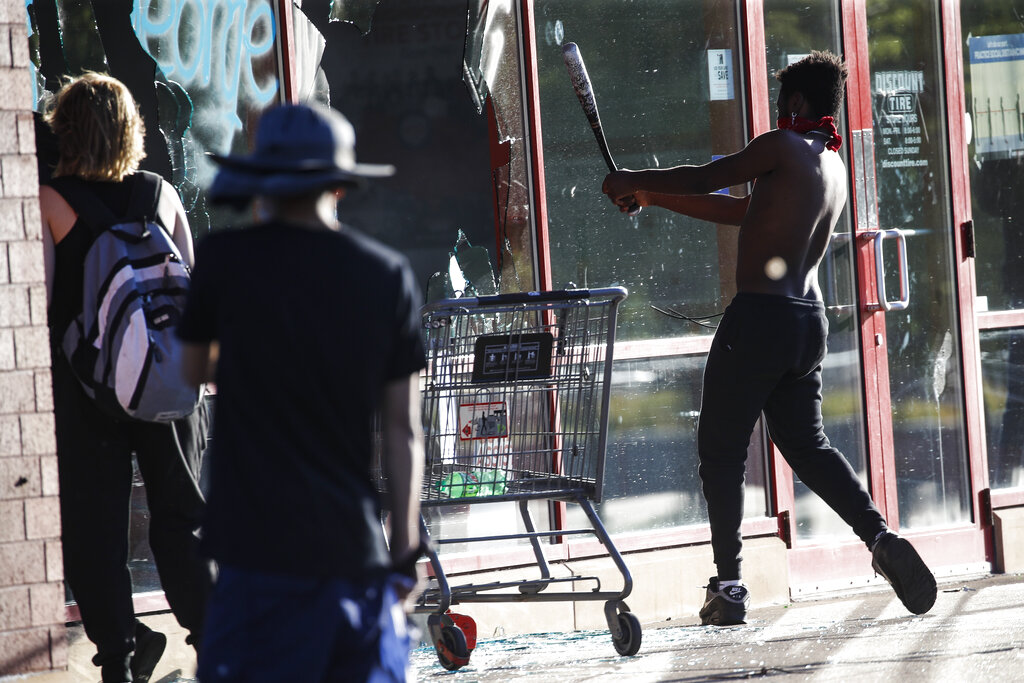 FILE – In this May 28, 2020 file photo, a protestor breaks a window of a business with a baseball bat, in St. Paul, Minn. (AP Photo/John Minchillo, File)

On Thursday, the governor of New York claimed looters are exploiting the protests because they know police are going to be busy with the actual protesters.

He called on prosecutors to seek charges of second-degree burglary, or burglary involving a “dangerous instrument” like a pipe or a brick. According to Cuomo, if looters are using rocks to break windows and steal, they should be charged for the crime they’re committing and have bail set.

Prosecutors, however, are split on the legal standing to bring second-degree charges against the looters. Some have said most of the looting cases can’t be charged with that crime.

They argued rocks and bricks aren’t considered “deadly weapons.” They also noted there’s a lack of evidence that using them to break store windows has put anyone in danger of serious injury. 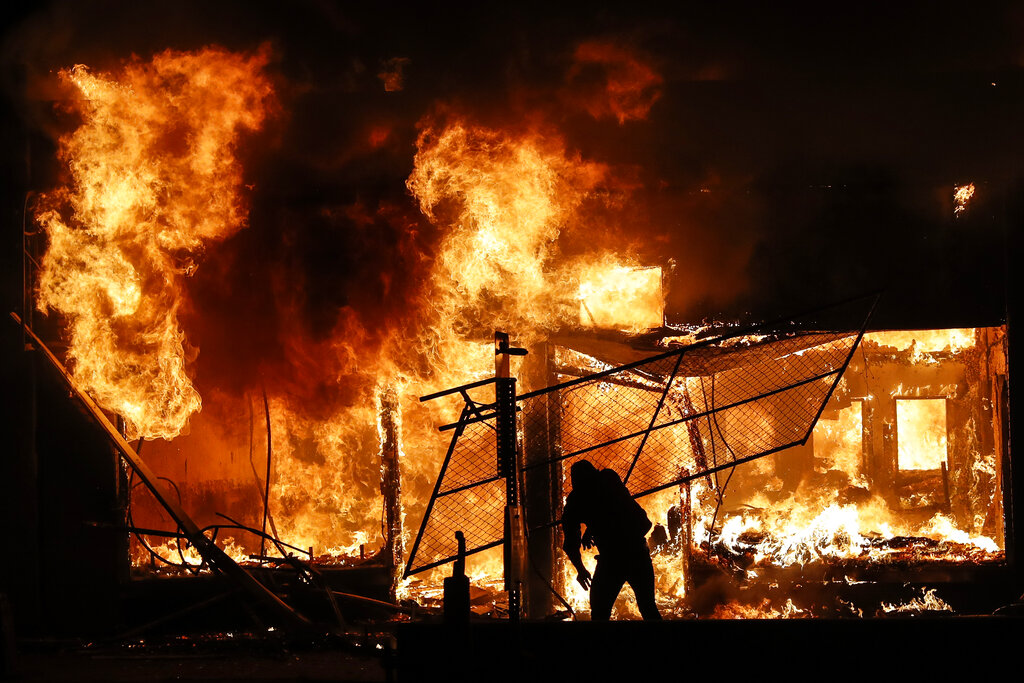 FILE – In this Saturday, May 30, 2020 file photo, a protester adds materials to a fire of a building that once housed a check cashing business, in St. Paul, Minn. (AP Photo/John Minchillo)

Manhattan District Attorney Cy Vance agreed that looters should face harsher penalties. He has asked for the legislature to change the bail reform law and for Cuomo to use emergency powers to allow judges to hold looters on bail.

“This is about people who are taking advantage of this moment, when people want to come out and protest peacefully,” stated Vance. “I’m calling for more judicial discretion, to have the judge have the ability to detain someone when there is a clear risk of re-offense.”

Under bail reform, suspects of violent felonies are still required to post bail.

However, even before the law was adopted, New York law prevented judges from considering some suspects as potential dangers to the community before setting bail.

Over 90 German Police Injured in May Day Riots