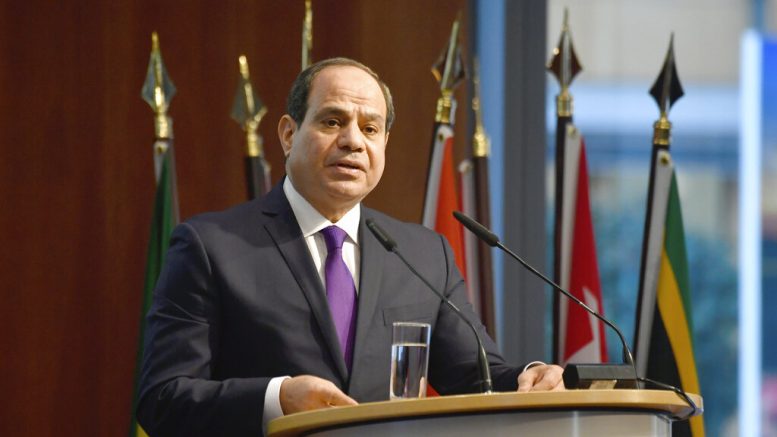 FILE – on this Nov. 19, 2019, file photo, Egypt’s President Abdel Fattah el-Sisi speaks at the “G20 Investment Summit – German Business and the CwA Countries 2019” on the sidelines of a Compact with Africa (CwA) in Berlin, Germany. (John MacDougall/Pool via AP, File)

The commander of the Libyan Arab Armed Forces has accepted an offer from Egypt’s president to help end the civil war after facing several defeats. On Saturday, President Abdel Fattah el-Sissi proposed his plan, which included a ceasefire starting on Monday.

El-Sissi called for all foreign troops to pull out of Libya and the dismantlement of militia armies.

According to Egypt’s president, the goal is for war-torn Libya to hold elections and form a presidential council.

“This initiative also aims to guarantee fair representation for all three Libyan regions in a presidential council, elected by the Libyan people under the supervision of the United Nations, to rule Libya for the first time in the country’s history,” stated Abdel Fattah el-Sisi.

The president has asked the United Nations to invite Libya’s rivaling groups for talks.

It remains unclear if the Government of National Accord’s armies are planning to comply with the upcoming ceasefire.

Behind the waves of protests, critical theory narratives, and attacks on traditional culture is the woke movement. This movement functions as a religion for those who follow it. To learn more about this, we sat […]