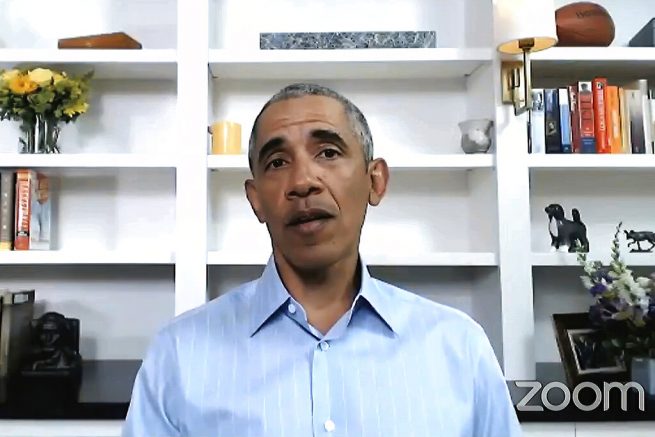 Barack Obama made his first public remarks regarding the ongoing nationwide protests by joining calls for police reform.

During a virtual Town Hall on Wednesday, the former president outlined changes he believes would reduce police violence against racial minorities. His suggestions included establishing clear “use of force” guidelines and allowing officers to intervene when a fellow officer is being too rough with a suspect.

“In some ways, as tragic as these past few weeks have been, as difficult and scary and uncertain as they’ve been, they’ve also been an incredible opportunity for people to be awakened to some of these underlying trends,” Obama stated. “And they offer an opportunity for us to all work together to tackle them, to take them on, to change America and make it live up to its highest ideals.”

I wrote out some thoughts on how to make this moment a real turning point to bring about real change––and pulled together some resources to help young activists sustain the momentum by channeling their energy into concrete action. https://t.co/jEczrOeFdv

The former Democrat President went on to address the families of victims by saying he’s committed to the task of “creating a more just nation.”

This picture taken on May 23, 2020 shows a laboratory technician holding a dose of a COVID-19 novel coronavirus vaccine candidate ready for trial on monkeys at the National Primate Research Center of Thailand at […]

OAN NewsroomUPDATED 6:27 AM PT – Tuesday, January 4, 2022 COVID lockdowns and mask mandates are having a detrimental effect on children. One America’s Stella Escobedo spoke with Dr. Brian Stenzler about the dangers kids […]