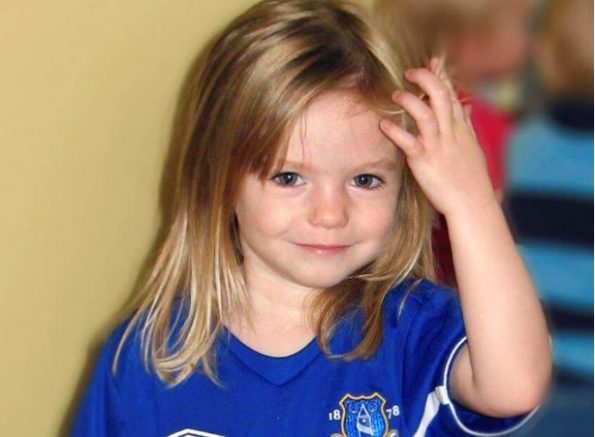 New developments have surfaced regarding the disappearance of British toddler Madeleine McCann. Officials in the U.K. released information about a new suspect in the case this week.

The 3-year-old vanished during a family vacation in Portugal back in 2007. She was taken from her bed while her parents dined with friends nearby.

“In this case, we’ve decided not to name him,” explained Chief Inspector Mark Cranwell. “I don’t want everybody to focus on the name rather than the intelligence and the information, the evidence I want to gather from the appeal.”

According to authorities, the suspect lived periodically in the area of her disappearance from 1995 to 2007.

They also released details regarding two vehicles the suspect had access to, as well as two cell phone numbers. One of these numbers had been used at the time of Madeleine’s disappearance.

“There may be people in the past who might be fearful of coming forward to the police. My message is: to anybody that has information, did he speak to you in confidence and tell you what happened that night? The message really is associated with the fact he is currently in prison and…this is a good time to come forward.” – Detective Chief Inspector Mark Cranwell, U.K. Metropolitan Police

Officials emphasized their recent announcement was the biggest development in the case since the day Madeleine went missing. They added they have no definitive evidence whether the young child is still alive.

Ga. secy. of state signs petition to amend state constitution to ensure only citizens can vote

In 2017, Nandini Jammi helped launch a company called Sleeping Giants to pressure corporate advertisers into boycotting conservative media. With little more than a Twitter account, a Facebook group and a gift for incendiary rhetoric, […]

The First 2 Steps to Creating Resilience

When life is shaking us up and we’re feeling stressed, it can be tough to feel resilient. Resilience helps us to deal with chaos and overwhelm. But how do we create it when we feel […]