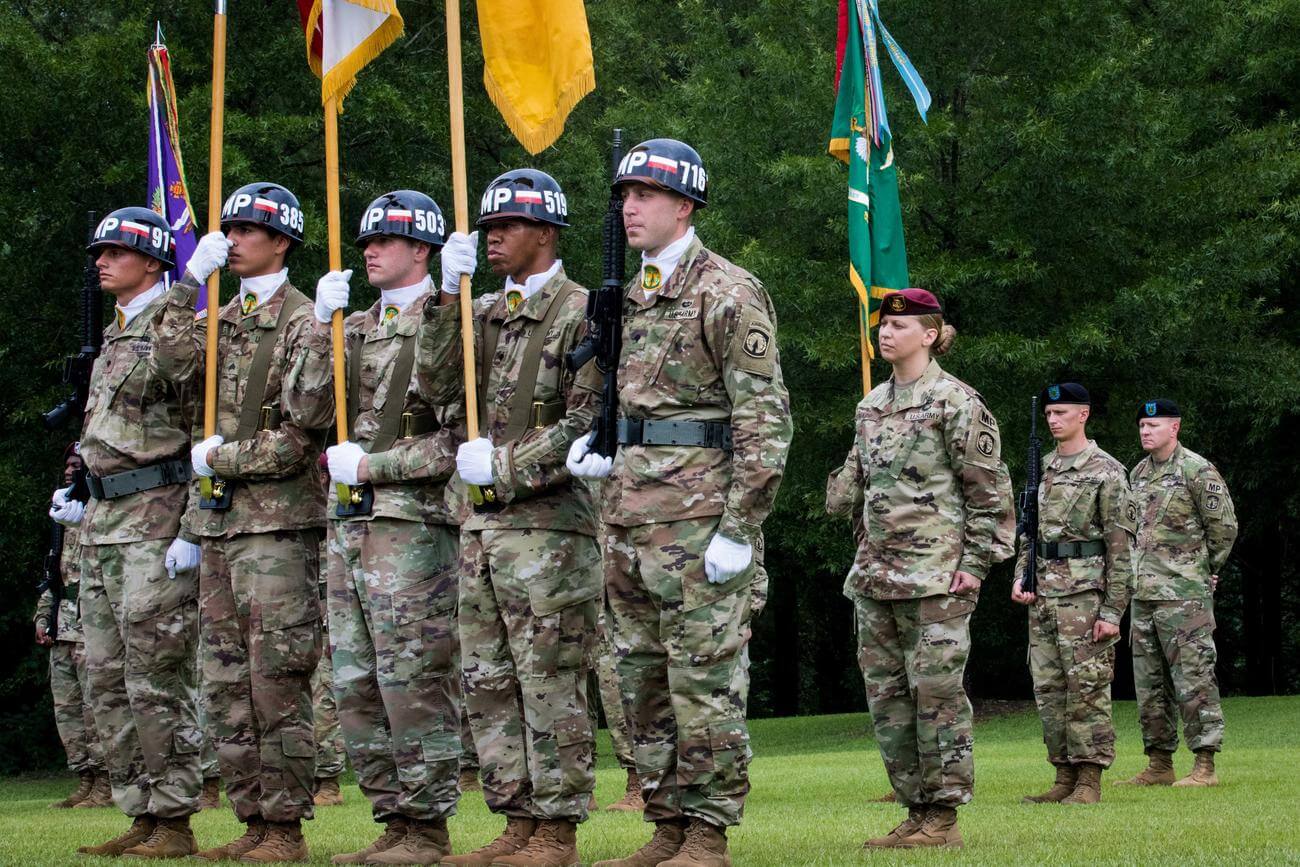 The troops were dispatched from Fort Bragg, North Carolina and Fort Drum, New York at the order of Secretary of Defense Mark Esper, according to the announcement.

Read Next: Bill Would Ban Sale of Military Weapons to Police

Officials confirmed on Monday that active-duty units from Bragg had been moved into the region and placed on alert status. Tuesday night, they identified the units that had been deployed. They include the following:

It’s not clear how many troops from each element were deployed. Officials said that the 16th Military Police Brigade headquarters would provide command and control capability for military police and engineers attached to the 91st.

“Active duty elements are postured on military bases in the National Capital Region but are not in Washington, D.C,” officials said in the statement. “They are on heightened alert status but remain under Title X authority and are not participating in defense support to civil authority operations.”

The prospect of deploying active-duty troops to suppress protests on American soil is a hotly contested issue.

President Donald Trump, who has expressed dismay at what he called states’ “weak” responses to protest violence, property damage and looting, said in a Monday address that he was ready to deploy “thousands and thousands of heavily armed” troops to quell the demonstrations. While employing Title 10 troops in a domestic law enforcement capacity is prohibited in most cases under the Posse Comitatus Act, the president has the authority under the Insurrection Act to determine such a mission necessary.

“We really would like to see this stay a National Guard response to the degree that we have to put any uniformed forces against it,” the official said.

D.C. Mayor Muriel Bowser has also expressed her strenuous objection to military presence at the protests.

“We don’t want armed National Guard, armed military — we don’t want any of those things on D.C. streets,” she said in a Tuesday interview with MSNBC. “I would regard that as an affront to even our limited home rule and the safety of the District of Columbia, absolutely.”

Some 2,700 National Guard members from Washington, D.C.; Utah; New Jersey; Indiana; South Carolina and Tennessee are now in the district to support local law enforcement. Pentagon officials said Tuesday that they were not armed with non-lethal weapons such as tear gas and rubber bullets, although some carried long guns and sidearms.

A striking photograph published Tuesday night showed masked Guard members — unarmed but in helmets and body armor — standing in rows on the steps of the Lincoln Memorial as the sun set.

The Pentagon on Thursday released the identity of a South Carolina Army National Guard soldier who died recently in the counter-terrorism mission in Afghanistan. First Lt. Trevarius Ravon Bowman died Tuesday at Bagram Air Base, […]

WASHINGTON (AP) — Facing growing criticism, the Department of Veterans Affairs said Friday that it will not halt use of an unproven malaria drug on veterans with COVID-19 but that fewer of its patients are […]