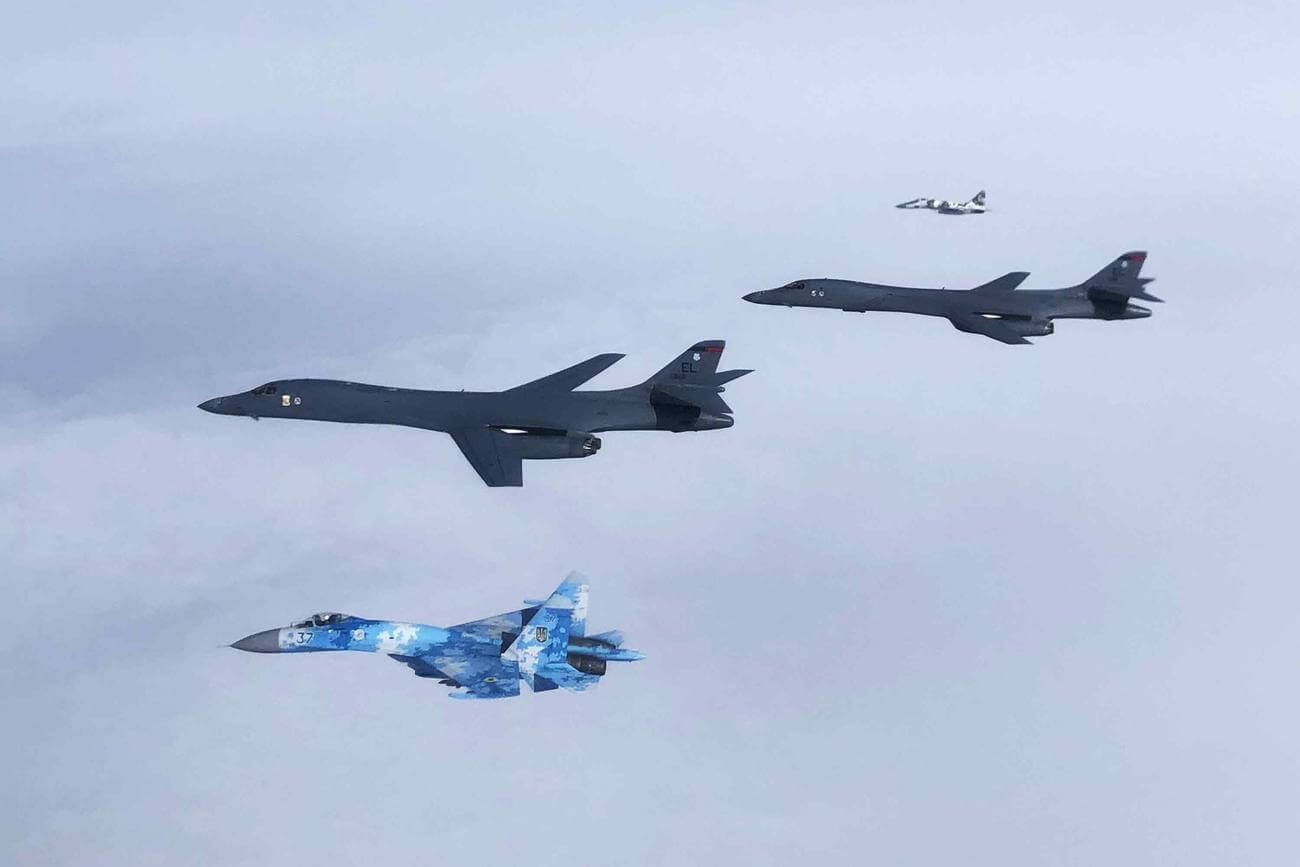 It wasn’t a typical flight.

“The rise of near-peer competitors and increased tensions between NATO and our adversaries has brought anti-ship capability back to the forefront of the anti-surface warfare mission for bomber crews,” said Lt. Col. Timothy Albrecht of USAFE’s 603rd Air Operations Center.

“LRASM plays a critical role in ensuring U.S. naval access to operate in both open-ocean and littoral environments due to its enhanced ability to discriminate between targets from long range,” Albrecht, also the Bomber Task Force mission planner, said in a release. “With the increase of maritime threats and their improvement of anti-access/area denial environmental weapons, this stealthy anti-ship cruise missile provides reduced risk to strike assets by penetrating and defeating sophisticated enemy air-defense systems.”

Officials recently told Military.com that practicing deploying LRASM is part of a broader Air Force Global Strike vision: As part of its mission “reset” for the B-1 fleet, the service is not only making its supersonic, heavy bombers more visible with multiple flights around the world, it’s also getting back into the habit of having them practice stand-off precision strikes — especially in the Pacific — signaling a dramatic pivot following years of flying close-air support missions in the Middle East.

During a simulated strike, crews “will pick a notional target, and then they will do some mission planning and flying through an area that they are able to hold that target at risk, at range,” Maj. Gen. Jim Dawkins Jr., commander of the Eighth Air Force and the Joint-Global Strike Operations Center at Barksdale Air Force Base, Louisiana, said in an interview earlier this month.

The flight over the Black Sea with Ukrainian counterparts incorporated Turkish KC-135s, in addition to aircraft from Poland, Romania, Greece and North Macedonia for a “long-range, long-duration strategic #BomberTaskForce mission throughout Europe and the Black Sea region,” USAFE tweeted.

The latest integration exercises over Eastern Europe have not gone unnoticed.

On Monday, Russia’s Ministry of Defense noted an uptick in NATO and U.S. activity in the region, to include the B-1 transiting through the Sea of Okhotsk on May 22, and near the Kamchatka Peninsula last month.

“Strategic bombers flew in April #B1B along Kamchatka, and in May, five such flights were recorded,” the MoD said on Twitter. Rudskoy also noted the first-ever B-1 flight over Ukraine, which prompted a Russian Air Force Su-27 and Su-30SM to scramble and intercept the bombers.

Still considered a “strategic” bomber, the Lancer was originally designed as a nuclear bomber with a mission to fly at low altitude, sneaking into enemy territory in order to avoid Soviet early warning radars. However, in compliance with the Strategic Arms Reduction Treaty, the once-nuclear bomber has been disarmed of nukes.

The shorter flights — with two to three bombers — are not the same as a deployment, and are also part of the Pentagon’s larger “dynamic force employment” strategy for military units to test how nimbly they can move from place to place, he said.

“There is just so much of a bigger signal sent with a bomber than with a couple of [F-16 Fighting Falcons],” Dawkins said. “It just is what it is.”

It’s an image synonymous with the U.S. Air Force: a fighter jet streaking across the sky, tipping its wings and igniting its afterburner to boost thrust as it climbs. And while jets have been the […]

U.S. Sen. Mazie Hirono and nine other Democratic U.S. senators sent a lengthy letter to Defense Secretary Mark Esper blasting him for what they say has been a haphazard, nontransparent and sometimes risky Pentagon response […]

WASHINGTON (AP) — Scores of retired military and defense leaders are denouncing President Donald Trump and accusing him of using the U.S. Armed Forces to undermine the rights of Americans protesting police brutality and the […]