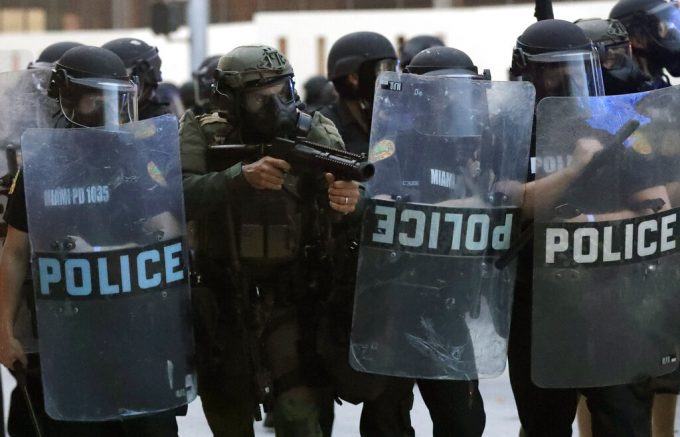 A policeman prepares to shoot teargas at protesters throwing rocks and water bottles during a demonstration next to the city of Miami Police Department, Saturday, May 30, 2020, downtown in Miami. (AP Photo/Wilfredo Lee)

Multiple police officers were reportedly injured during a riot in Jacksonville, Florida this weekend. According to reports, demonstrations began peacefully on Saturday after around 1,200 people showed up for one event.

By the evening hours, a couple hundred people remained. They began rioting in the downtown area, attacking officers and vandalizing several police cars.

One officer was reportedly stabbed in the neck and was taken to a nearby hospital. 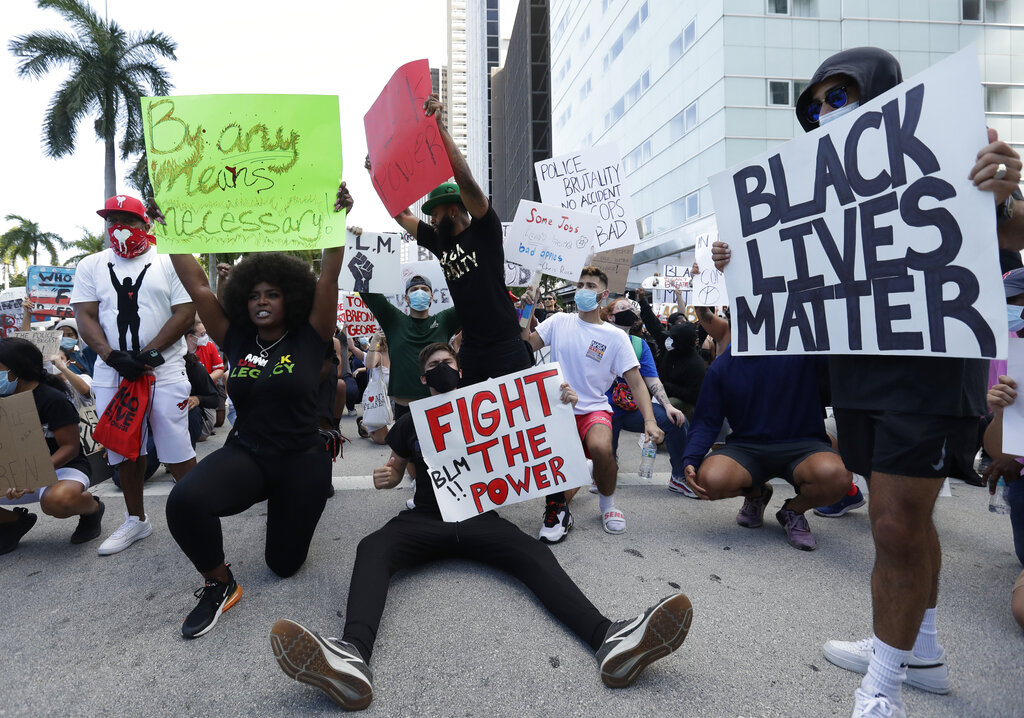 Protesters stop to chant in the street as they march during a demonstration, Saturday, May 30, 2020, downtown in Miami. Demonstrators took to the streets to protest the death of George Floyd, a black man who was killed in police custody in Minneapolis on May 25.(AP Photo/Wilfredo Lee)

The mayor has promised the city will work with those who are willing to work peacefully for justice, but emphasized those who cause damage and attack first responders won’t be tolerated.

RELATED: Lawmakers Calling For Peace After Days Of Protests

Senate Majority Leader Mitch McConnell of Kentucky, speaks during a news conference following a weekly meeting with the Senate Republican caucus, Tuesday, Dec. 8. 2020 at the Capitol in Washington. (Sarah Silbiger/Pool via AP) OAN […]

California Gov. Gavin Newsom along with several elected officials, met with the media at Del Mar Fairgrounds on Friday, Feb. 18, 2022, in Del Mar, Calif., where he backed state legislation that would allow for […]

Barr on sending feds to polling booths: We’ve done this before