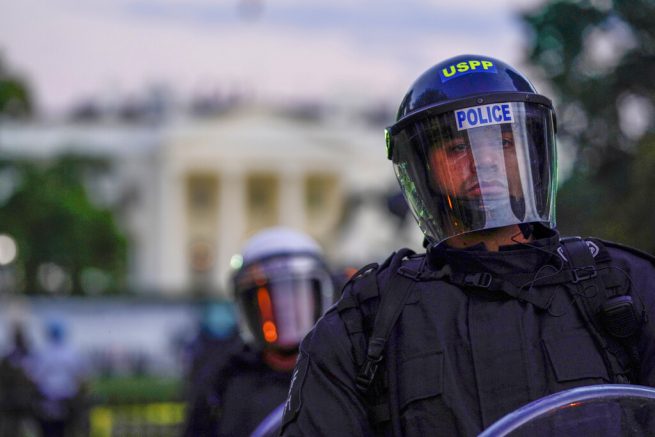 Police in riot gear stand in front of the White House as demonstrators gather to protest the death of George Floyd, Saturday, May 30, 2020, outside the White House in Washington. (AP Photo/Evan Vucci)

Police in Washington, D.C. deployed tear gas to contain violent mobs amid ongoing clashes in the nation’s capital. On Saturday night, looting and disorder broke out in the streets of Washington in response to a police incident in Minnesota.

At Washington and Pennsylvania, police set off canisters of tear gas. Before I was rolling, they’d set off flares. pic.twitter.com/OG7GOLI0AK

According to officials, city police were dealing with what appeared to be very well organized groups.

“The chief also reports to me that many seemed organized. (They) had tools to break windows and a strategy to distribute materials among them. So, I would say the thing that we’re struck by is that it was an organized group that appeared more bent on destruction than on protest.” – Muriel Bowser, Mayor of Washington, D.C. 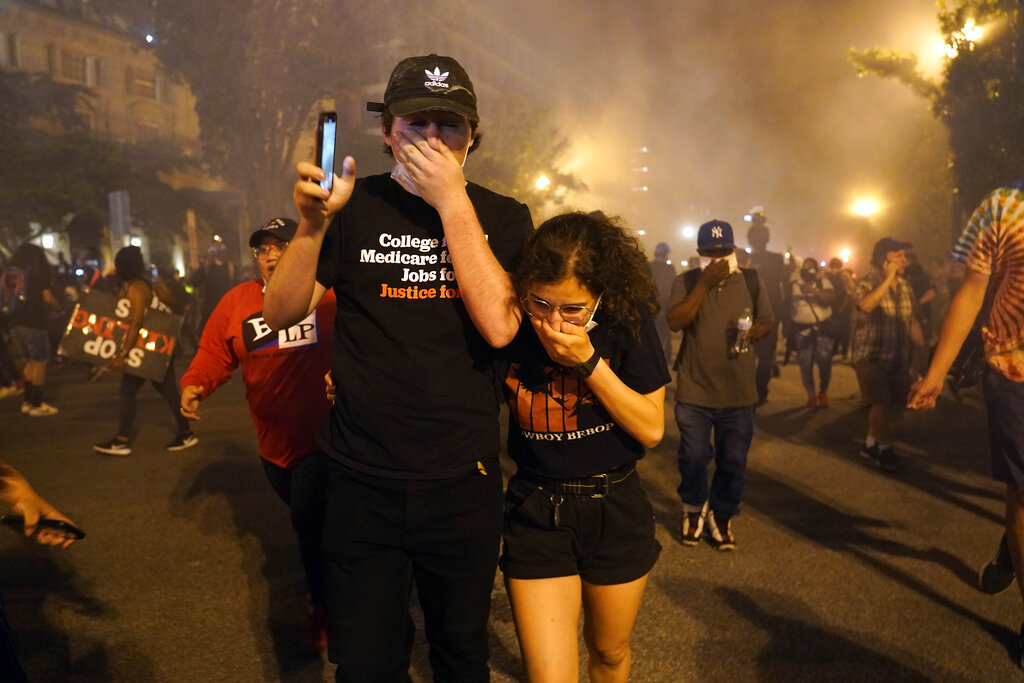 Demonstrators cover their face as people gather to protest the death of George Floyd, Saturday, May 30, 2020, near the White House in Washington. (AP Photo/Evan Vucci)

The latest clashes resulted in damages to public and private property, including burnt down cars and looted businesses.

Calif. Supreme Court rules judges must consider if a suspect can afford bail when setting amount

British house builders are set to construct more detached and semi-detached homes, as the demand grows for properties with space to work from home, an industry body has said. The National House Building Council (NHBC), […]