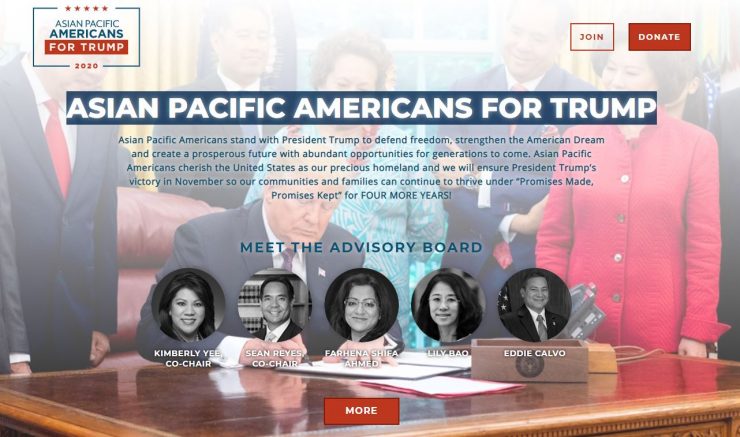 The president’s reelection campaign launched ‘Asian Pacific Americans for Trump‘ this week. The coalition was announced on Friday during a Team Trump online event and was created in an effort to boost the campaign’s appeal to AAPI voters.

The campaign has been working to expand their reach to more minority populations.

During the event, Secretary of Transportation Elaine Chao touted her support for the president. She has said he stands for freedom and opportunity.

“The Republican Party is all about individualism. It’s about freedom and democracy, which once again spells opportunity and the American dream. That is so important to Asian Pacific Americans in particular.” – Elaine Chao, Secretary of Transportation

She also slammed Joe Biden’s policies and argued his socialistic ideals do not align with the American spirit of individualism.

The secretary noted this year’s election will be key to “preserving the America we deserve and love.”