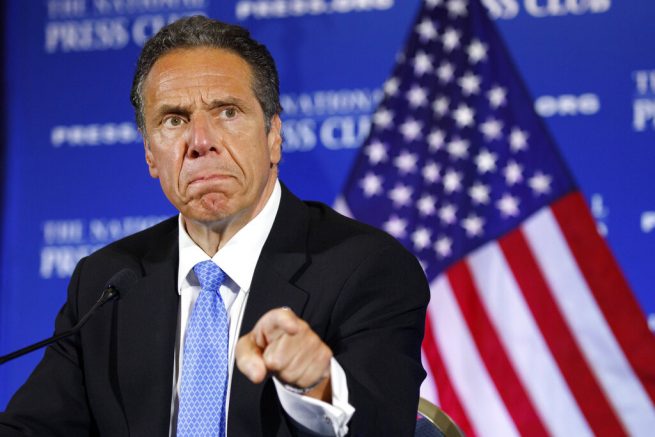 The city became the hot spot of the coronavirus outbreak at its onset. It has seen at least 200,000 confirmed cases and 16,000 deaths.

Cities that are currently in phase one may soon be able to enter phase two, which will include reopening barber shops, retail stores and office based jobs.

Citing official data, the governor announced a significant decline in hospitalizations and called the shift “dramatic.”

“Number of hospitalizations are down, net change in total hospitalizations is down, intubations are down. The new cases are down to 152, which is dramatic drop for us. At one point, you know, we’ll never get to zero. What is the bottom of the curve? I don’t know. But we’re close and the number of deaths, thank the good lord, continues to decline. It’s at its lowest level ever of 67 deaths.” – Andrew Cuomo, Governor of New York

He also urged caution against anyone who may view reopening as returning to normal life.

CVS Pharmacist Gerard Diebner prepares a shot of the COVID-19 vaccine for the nursing home residents at Harlem Center for Nursing and Rehabilitation, a nursing home facility, on Friday, Jan. 15, 2021 in Harlem neighborhood […]