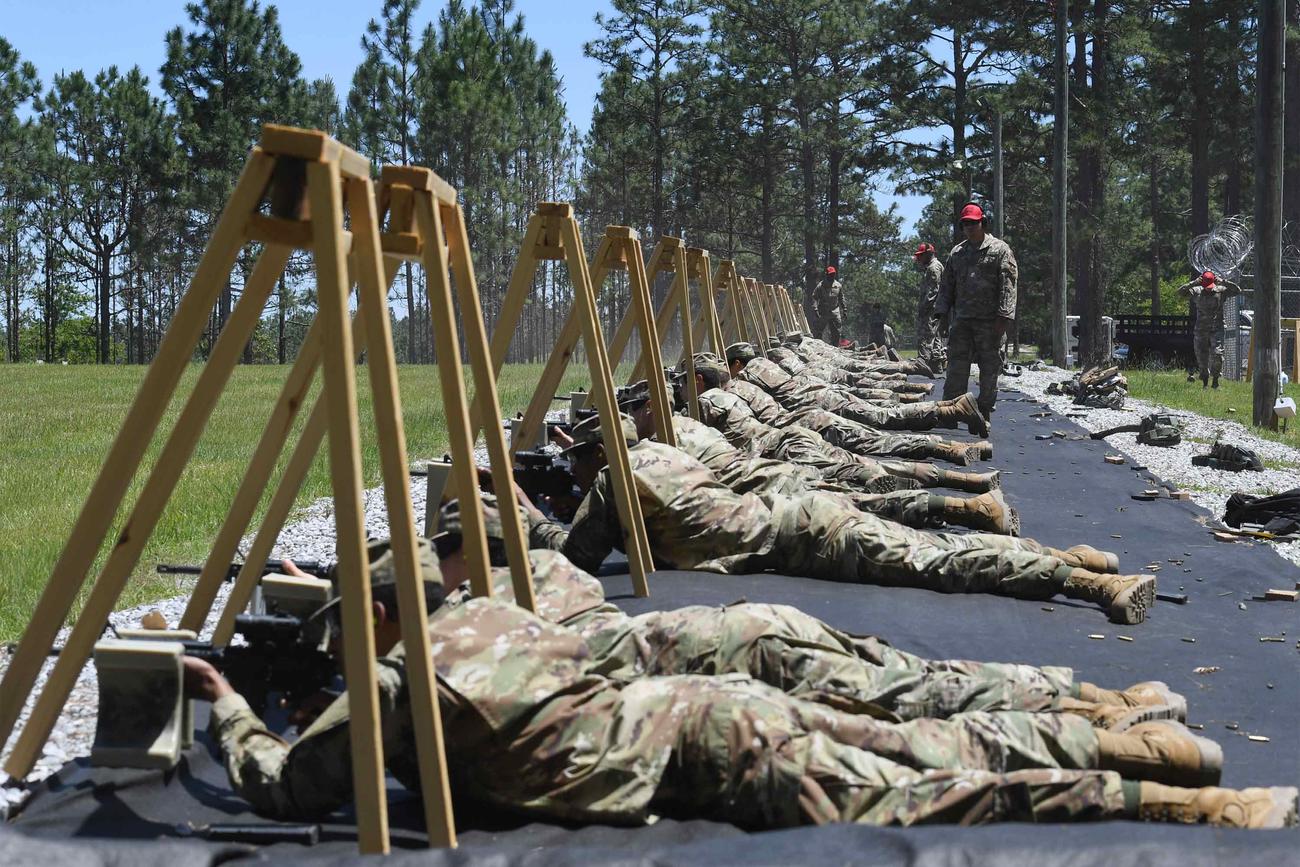 The U.S. Air Force plans to use Keesler Air Force Base, Mississippi, as an alternative location for basic military training through October.

Beginning June 2, the service will accept its next incoming BMT class at Keesler and will continue to do so every week thereafter until the final week in September amid the response to the novel coronavirus, Air Education and Training Command officials announced Tuesday.

Read Next: Russia Sends Advanced Fighter Jets to Back Mercenaries in Libya

“Air Force BMT remains vital to renew the force and to the delivery of air and space power anytime, anyplace,” said Maj. Gen. Andrea Tullos, 2nd Air Force commander, in the release. “Keesler’s training mission is already set up with many of the facilities and procedures required to execute the mission.”

The first “proof of concept” trial began in April, with 60 recruits sent to Keesler; the airmen graduated from BMT on May 15.

As a response to COVID-19, overall class sizes have been whittled down to 460 due to social distancing requirements — with 400 going to Joint Base San Antonio-Lackland, Texas, and 60 to Keesler. Previously, groups of 650 to 800 prospective airmen would arrive at Lackland each week.

The Air Force has been gradually moving to increase its incoming class sizes while keeping safety in mind, Tullos told reporters later Tuesday.

The service will maintain 60 people per class at Keesler, while the remaining recruits will be based at Lackland, she added.

“The Air Force has asked us to train up to 9,400 active-duty between now and the end of the fiscal year, and a total of 12,800 total force during that time,” she said. “We will meet that mark.”

The recruits sent to Keesler will undergo a six-week curriculum, while those sent to Lackland will continue with a seven-and-a-half-week program, said AETC spokeswoman Jennifer Gonzalez.

The reduction to six weeks “is due to the physical layout of the BMT area, the small number of recruits, and a surge schedule, which trains airmen 10 hours per day, six days a week, versus eight hours per day,” the release states.

Picking those headed to Keesler is not done at random, Tullos explained. The airmen “know the career field that they have been initially selected for,” she said. “This allows us to just keep them here at Keesler and get them right into their technical training.”

Officials are still working out some kinks: Tullos said there were initial challenges getting the proof of concept right, such as proper uniform sizing.

“We are very meticulous about the appearance of our airmen, particularly in their blue uniforms, and we did not quite get that right,” she explained. “When this [next] group of airmen come in … we’re confident that we will have that squared away.”

The base is home to the 81st Training Wing, 2nd Air Force and the U.S. Air Force Reserve’s 403rd Wing, the release said.

“This capability was a deliberately developed option to disperse the delivery of BMT during contingencies to provide surge capacity and introduce agility in the training pipeline construct,” Tullos said. “This move also helps ensure the health and safety of our trainees and instructors by allowing proper safety controls, like physical distancing and deep cleaning.”

F-15C Skids to a Stop During Emergency Landing at Andrews

An F-15C Eagle from Oregon Air National Guard‘s 142nd Fighter Wing had to make an unplanned landing at Joint Base Andrews, Maryland, Saturday afternoon after declaring an in-flight emergency while operating in the area, according […]

The Air Force recently proved through a series of tests that its KC-135 Stratotanker aircraft can fly more efficiently just by mounting the cockpit window’s wiper blades vertically instead of horizontally. The potential fuel cost […]