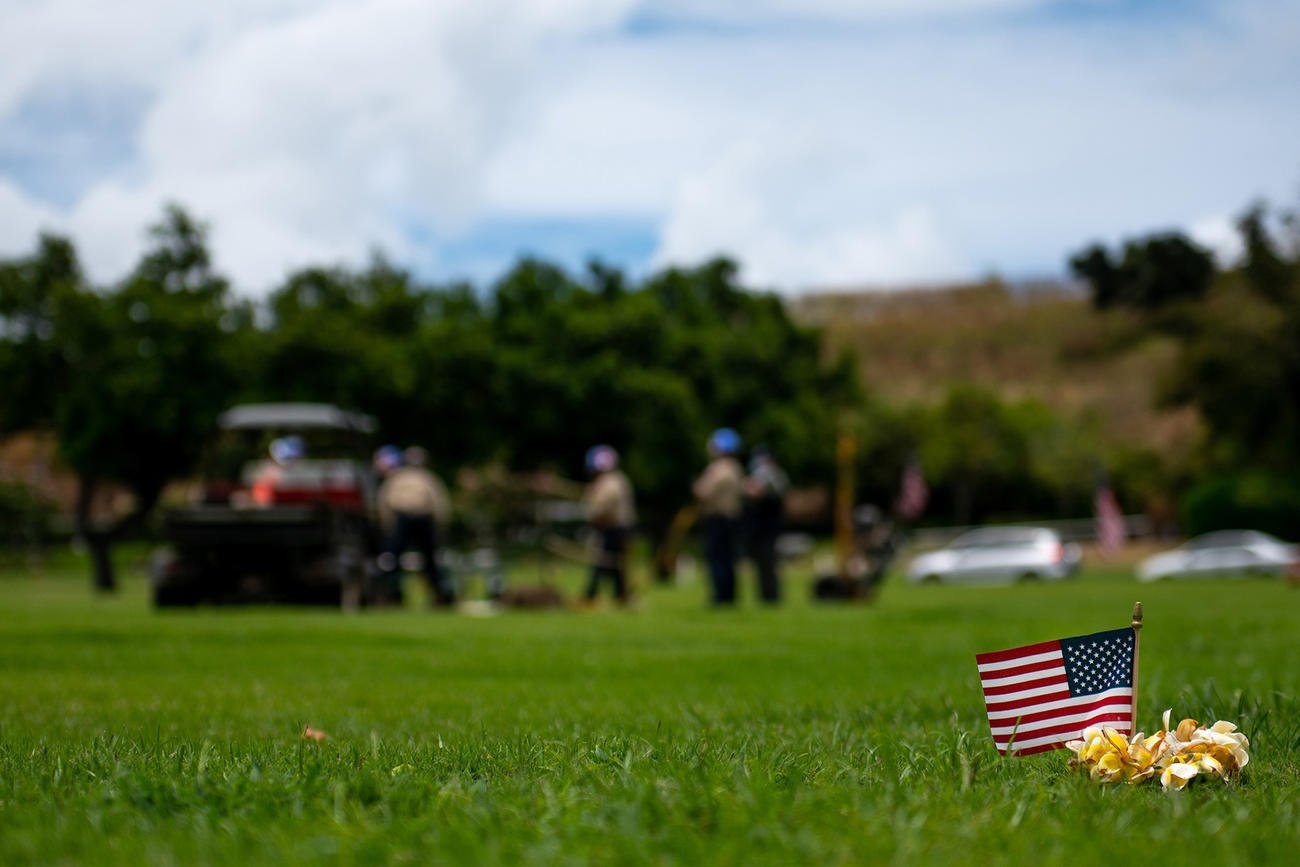 As this coronavirus-affected Memorial Day came and went, the clock is ticking painfully longer on overdue recognition for some remaining veterans. It’s become especially agonizing for the families of about 20, 000 Chinese Americans who lived in Hawaii and on the mainland and, like Japanese nisei and Filipino troops, fought for the country in World War II amid discrimination in society.

The Congressional Gold Medal was to be awarded collectively to the Chinese veterans–approximately 90 % of whom are now deceased–in an April 29 ceremony at Emancipation Hall in the nation’s capital. Congress passed the recognition act in late 2018.

Read Next: Military Stop-Movement Orders to Be Lifted Immediately at Some Bases

The first regional ceremony was to be on Oahu on May 17 at the Hilton Hawaiian Village. But the coronavirus outbreak led to a postponement of those plans, with the fall targeted for a Washington, D.C., recognition and a Hawaii ceremony weeks after that.

But just since March, Lee said, at least six more of the veterans have died. The new coronavirus, meanwhile, caused the cancellation of the annual Memorial Day observances at Punchbowl cemetery and Hawaii State Veterans Cemetery in Kaneohe. May is Asian American and Pacific Islander Heritage Month.

The population of Chinese living in the United States during the war is estimated at more than 100,000, with about 29,000 in Hawaii. About 20,000 enlisted or were drafted nationally, and the who’s who of Hawaii veterans has some famous names and no shortage of bravery.

The Honolulu list includes Army Capt. Francis Wai, who received the Medal of Honor posthumously for leading and rallying fellow soldiers against waiting Japanese forces in the invasion of Leyte in the Philippines in 1944.

Wau Kau Kong, Army Air Forces, was the first Chinese American fighter pilot. The University of Hawaii graduate volunteered for duty after the Pearl Harbor attack and flew the P-51 Mustang, which had “Chinaman’s Chance ” on one side and “No Tickee No Washee ” on the other. Kong was killed in action on his 14th mission over Blomberg, Germany, in 1944.

“No tickee, no washee ” was a “phrase stereotypically attributed to Chinese laundry workers in centuries past, who would only return a customer’s when the (receipt ) was presented, ” according to Wiktionary.

Gordon Paiea Chung-Hoon, of Chinese-English-Hawaiian background, was the first Asian American graduate of the U.S. Naval Academy, class of 1934.

Chung-Hoon received the Navy Cross and Silver Star for conspicuous gallantry and extraordinary heroism as commanding officer of the USS Sigsbee in 1944 and 1945.

A destroyer with his name on it, the USS Chung-Hoon, is based at Pearl Harbor.

Randall Ching, who lives in San Francisco but has strong family ties to Hawaii, was with the 5th Ranger Infantry Battalion during the invasion of Normandy in 1944.

“He got sent there, and they said, ‘Hey, you’re Chinese, come be the unit cook, ‘” Lee related. But Ching would have none of it. He wanted to be in the fight.

“So he passed all the Ranger tests, and this guy landed in Normandy with the Rangers, scaled Pointe du Hoc and took out Germans with his K-Bar knife, ” Lee said.

Second Lt. Dai Ho Chun, meanwhile, received his commission from the University of Hawaii ROTC program. He was assigned to the 18th Fighter Control Squadron at Wheeler Army Air Field, where he was promoted quickly. In October 1944, Chun became a major with assignment as commander of the 18th Fighter Control Squadron–a rare assignment at the time for a Chinese American.

“Even if for the nisei and Filipino (veterans ), we had attempted this 25 years after World War II, or 50, when a lot of the veterans were alive, ” Lee said, “they would tell us, ‘Knock it off, we don’t want to toot our horns’–that humble generation.”

But now with so many of the Chinese veterans gone, their descendents are saying, “Yeah, he should be recognized, ” Lee said.

The Chinese veterans were not part of segregated units like the Japanese Americans, and didn’t have a lot of service unity after the war.

“Most of them came back to become professionals, businessmen, getting married, starting families, just contributing–I’d call it almost silently–into the fabric of the United States of America, ” Ed Gor, coordinator of the Chinese American WWII Veterans Recognition Project, told NBC News.

Prompted by anti-Chinese sentiment aimed at immigrant laborers, Congress in 1882 passed the Chinese Exclusion Act, which prohibited immigration of Chinese laborers, and a series of anti-immigration laws followed.

But many Chinese were already in the United States, including the territory of Hawaii. They were “deathly afraid to go back out and get a wife and come back (to Hawaii ), because you may not come back again, ” Lee said. “So that’s the unique part about Hawaii history is that they married into the Hawaiian families, and you have all of this Hawaiian Chinese ancestry.”

Congress repealed the Chinese Exclusion Acts in 1943. Before that only those Chinese born in the United States could serve, Lee said.

He recalls the story told by the daughter of a Chinese World War II vet who was angry at getting a draft notice.

Because of the Chinese Exclusion Act, “he couldn’t own property. He couldn’t vote. He couldn’t do this and that, ” Lee said. The man said, “‘The nerve of them, ‘ and he threw it it in the rubbish can. His mother retrieved it and marched him down to the induction station.”

The man went to the China-Burma-India theater, served with the famed Flying Tigers, and within a year had become a naturalized U.S. citizen. He got to meet his wife’s mother and bring the family back, “so the whole family is grateful that he served, ” Lee said with a laugh.

The coin reproduction that veterans or their families will receive reveals a P-40 fighter that aided China in the fight against the Japanese, a Sherman tank and the battleship USS Missouri–site of Japan’s surrender on Sept. 2, 1945, in Tokyo Bay–to convey service on land, at sea and in the air.

The front of the 3-inch coin depicts Chinese American men and women in a mix of uniforms and highlights the fact they also served in every branch of service and in every theater.

Whether they were, or became, United States citizens, the coin notes that they “Proudly served as Americans.”

U.S. Sen. Mazie Hirono and nine other Democratic U.S. senators sent a lengthy letter to Defense Secretary Mark Esper blasting him for what they say has been a haphazard, nontransparent and sometimes risky Pentagon response […]