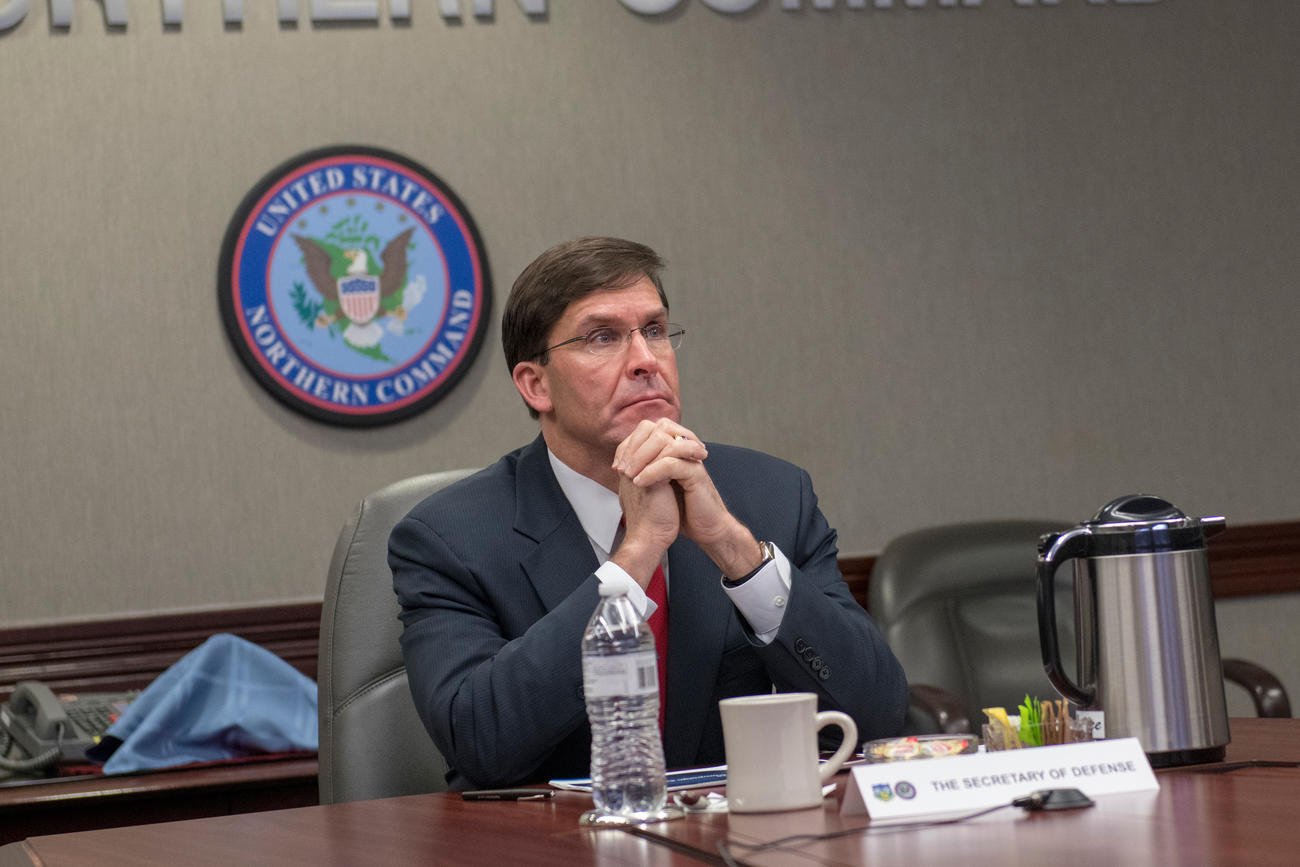 The race is heating up for a vaccine against COVID-19, and the U.S. military is vying for the win, Defense Secretary Mark Esper said Friday on an appearance on NBC’s “Today” show.

Esper said a viable, “scalable” vaccine will be ready by the end of the year, meaning one that would be effective and available to protect all Americans and others worldwide from the deadly virus. The disease caused by the novel coronavirus has killed more than 333,000 people across the globe, including nearly 95,000 in the U.S.

“When Eisenhower launched the U.S. military against Nazi Germany, he didn’t say we might win World War II; we’ll try. When John F. Kennedy aspired to put a man on the moon, he didn’t say we’ll give it a good shot. He said we will do it.’ The Defense Department once again is committed to get this done,” Esper said.

Pharmaceutical companies, governments and academic institutions around the world are in a race to develop a vaccine. In the U.S., the Trump administration has launched Operation Warp Speed, a public-private partnership that includes the Departments of Health and Human Services, Defense, Agriculture, Energy and Veterans Affairs to work on treatments and vaccines against the virus.

In April, DoD officials announced that Army scientists at the U.S. Army Medical Research Institute of Infectious Diseases at Fort Detrick, Maryland, had started testing a vaccine on non-primate animals. More than 700 employees have been working on the project at the facility since Jan. 10, when the virus’ sequence — its genetic makeup — was published.

Several private companies are in various stages of clinical trials, including Pfizer and Moderna Therapeutics. The U.S. Biomedical Advanced Research and Development Authority contributed $1 billion to AstraZeneca and its partner the University of Oxford to develop a vaccine starting this fall.

Last week, Oxford University revealed that a single dose of its developmental vaccine prevented SARS-CoV-2 pneumonia in six rhesus macaques. Results of the study, which is ongoing, have not been peer-reviewed.

Other companies working on the effort include CureVac, GlaxoSmithKline, Inovio Pharmaceuticals, Johnson & Johnson and Sanofi.

The DoD is involved in at least five different clinical vaccine trials, as well as supporting other federal agencies conducting their own testing. The U.S. military’s interest and contributions to vaccine development and inoculation date to the Revolutionary War, when Gen. George Washington ordered the inoculation of all susceptible troops against smallpox in 1777.

Esper told viewers of “Today” that he is “absolutely confident” there will be a vaccine by the end of the year, affirming a vow he made last Friday at the White House.

“Winning matters, and we will deliver, by the end of this year, a vaccine at scale to treat the American people and our partners abroad,” he said.

GRAND FORKS, N.D. — No suspects are being sought in a shooting that left two airmen dead at the Grand Forks Air Force Base in North Dakota, the military said Tuesday. “The two fatalities were […]

It was 4:30 a.m. and Marine Sgt. Austin Olmos was high up on Camp Pendelton’s Horno Ridge on an intelligence training mission. The objective was complex: Selecting the right drone for the challenging environment to […]