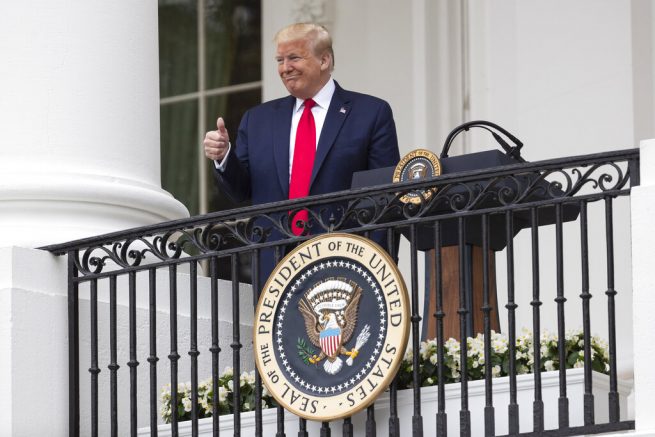 President Donald Trump gives thumbs up during a “Rolling to Remember Ceremony,” to honor the nation’s veterans and POW/MIA, from the Truman Balcony of the White House, Friday, May 22, 2020, in Washington. (AP Photo/Alex Brandon)

President Trump participated in a Memorial Day ceremony on Friday, which honored veterans, prisoners of war and service members missing in action. The president spoke on the Blue Room balcony ahead of the annual Rolling Thunder rally, which has been redubbed this year as “Rolling to Remember.”

The president commemorated the veteran organizations present and noted they are helping honor American heroes who have made the ultimate sacrifice.

He went on to say he will also continue honoring veterans and those in the military, pointing to his administration’s work in boosting defense spending. 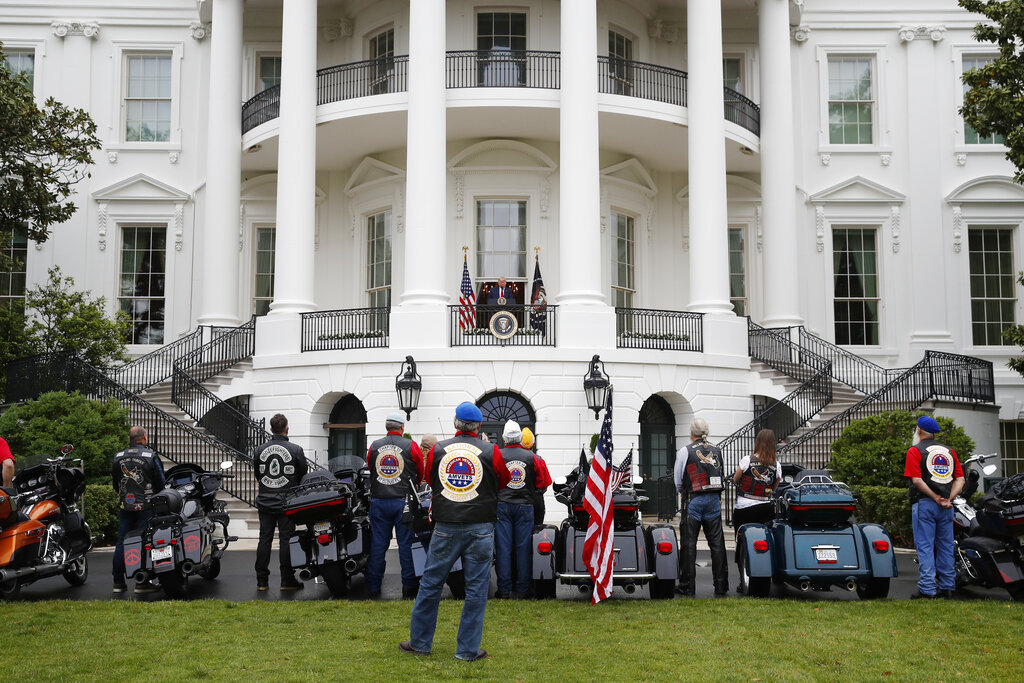 President Donald Trump speaks during a “Rolling to Remember Ceremony,” to honor the nation’s veterans and POW/MIA, from the Truman Balcony of the White House, Friday, May 22, 2020, in Washington. (AP Photo/Alex Brandon)

This year’s Rolling Thunder will be held in a virtual format due to the pandemic. Instead of riding their motorcycles in D.C., attendees have been encouraged to ride 22 miles in their own communities during the event on Sunday.

“For 32 years, Rolling Thunder—my friends—carried out a ride of remembrance. And now we’re going to continue that onward.” ????️???????? pic.twitter.com/BLKi3SOZRI

MORE NEWS: President Trump: Governors need to let faith leaders reopen their churches now or I will override them

SAN DIEGO—The Biden administration has agreed to let about 250 people a day through border crossings with Mexico to seek refuge in the United States, part of negotiations to settle a lawsuit over pandemic-related powers […]

I am a little late to the ricotta party. For a long while, this Italian whey cheese has been relegated solely to lasagnas and other filled pasta dishes. Aside from that, ricotta has not played […]