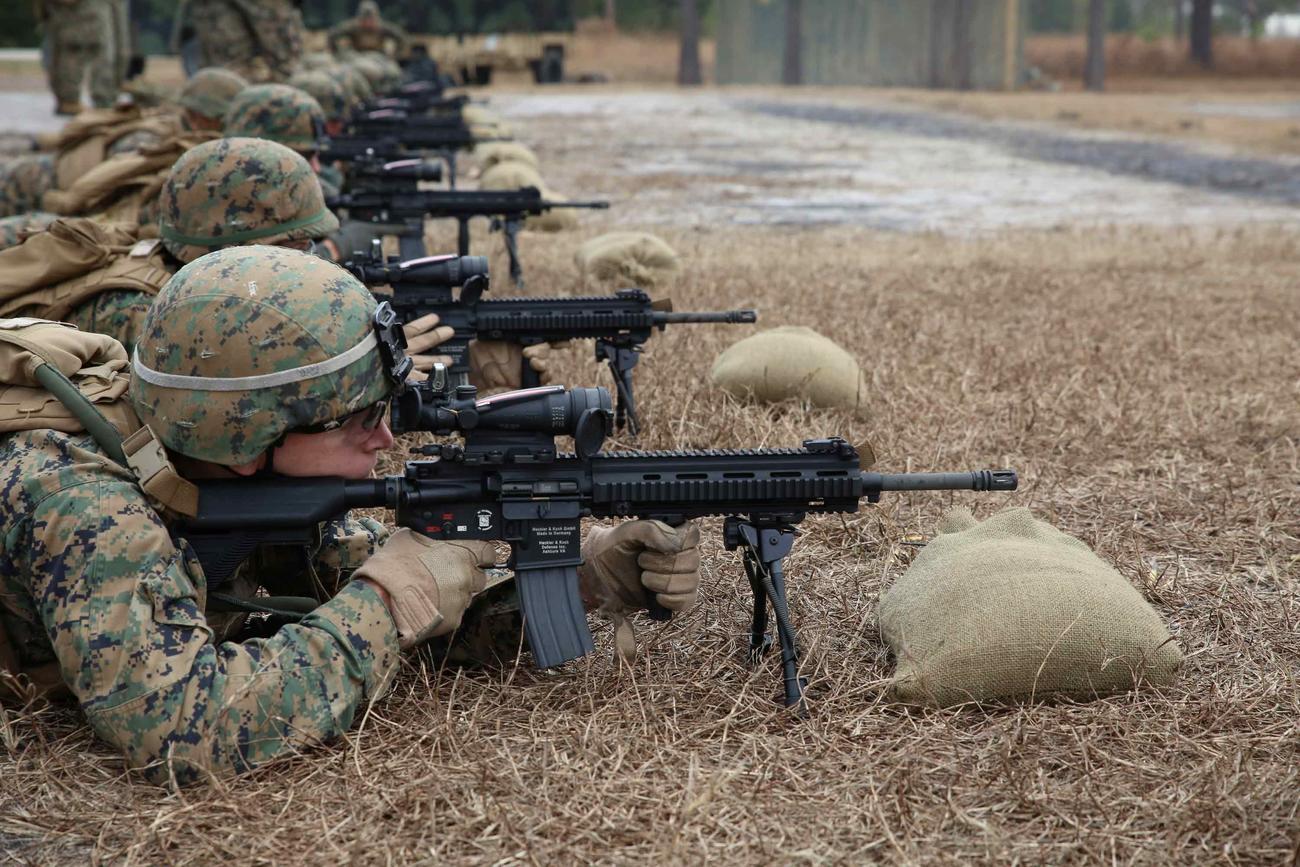 The Marine Corps hasn’t yet finished fielding M27 infantry automatic rifles to all its grunt units as their new standard service weapon, but it’s already eying the Army’s Next Generation Squad weapon as its next infantry rifle.

The experimental 6.8mm NGSW is in the final phase of testing as three companies compete for the chance to replace the Army’s M4A1 carbine and M249 squad automatic weapon with rifle and auto-rifle variants of the futuristic weapon system beginning in fiscal 2023.

While the Corps deliberates over committing to NGSW, it’s working to finish issuing the M27 to infantry Marines by the end of this fiscal year, officials said in a recent release.

The M27 was initially fielded in 2011 to infantry units as a replacement for the M249 squad automatic weapon, but the popularity of the Heckler & Koch weapon prompted the Corps to expand fielding dramatically in January 2018.

“The rifle received overwhelmingly positive feedback from Marines,” Marine Corps Systems Command officials said in a statement. “This feedback led to the Marine Corps’ decision to field the M27 to all rifle platoons as their primary individual weapon.”

But in the same announcement, the Corps also said it would “partner with the Army to procure the Next-Generation Squad Weapon system,” which would then replace the M27 as the primary personal weapon for infantry units.

“The NGSW will provide a significant boost to the lethality of the individual soldier and Marine,” officials added.

The Marines “could receive first deliveries of the NGSW as early as fiscal year 2025,” Maj. Mike Brisker, weapons product manager for MCSC’s Program Manager Infantry Weapons, said in a statement.

But reached for further comment, Systems Command officials downplayed the certainty in the released statements.

In a written response, Marine Corps officials confirmed that the service is “participating in and providing significant support” to the Army’s NGSW effort but said that “no decision has been made to procure either variant of the NGSW.”

The NGSW has created a lot of excitement in the combat-arms community, particularly with its 6.8mm projectile, designed to penetrate modern enemy body armor at ranges well beyond the current M855A1 5.56mm enhanced performance round.

To be fair though, the Army is a long way from completing testing and is not expected to select a single firm to make both variants until the first quarter of fiscal 2022. Fielding to soldiers would begin a year later.

“The Marine Corps will continue to participate in and assess NGSW solutions for maturity, suitability and affordability to meet our operational requirements in order to inform a decision on if and when to begin procurement of these improved capabilities,” Marine Corps officials said in the statement.

“If a decision is made to procure the NGSW, the Marine Corps will evaluate reissuance of M27 [from infantry units] to other Fleet Marine Force units.”

Related: The Army’s Next-Generation Squad Weapon Is a Big Hit With SOCOM

WASHINGTON (AP) — Tensions between the White House and Pentagon have stretched to near a breaking point over President Donald Trump’s threat to use military force against street protests triggered by George Floyd’s death. Friction […]

The Navy on Thursday awarded a much-anticipated $795 million contract to a Wisconsin-based shipbuilder to begin production on the first of the service’s next-generation small-surface combatants. Fincantieri Marinette Marine won the contract to design and […]