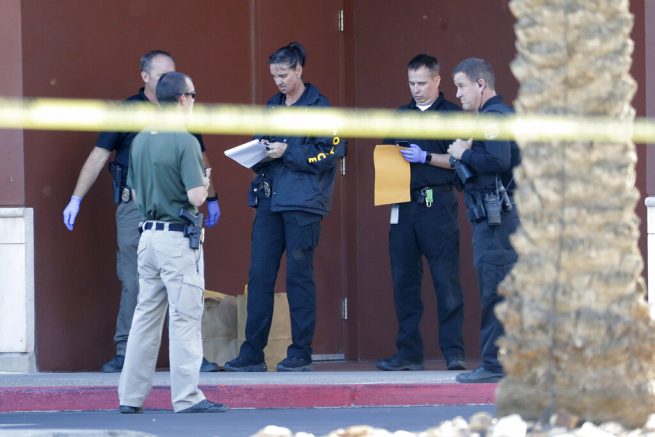 The Westgate retail district is closed off as law enforcement officers gather Thursday, May 21, 2020, in Glendale, Ariz. Police say one person is in critical condition and two others were injured in a shooting near the shopping and entertainment district west of Phoenix. (AP Photo/Matt York)

Law enforcement officials have taken a suspect into custody following a shooting at the Westgate Entertainment District in Glendale, Arizona.

The Glendale Police Department confirmed three people were struck by gunfire at the popular shopping mall Wednesday night, which is roughly 15-miles northwest of downtown Phoenix.

Authorities said the shooting was over by the time officers arrived at the scene and they took the alleged gunman into custody without incident.

“We are thankful that this was not a larger scale tragedy, we’re thankful that there were no more than three victims,” stated Officer Tiffany Ngalula. “And that we were able to take that suspect into custody successfully and safely.”

As the investigation developed, stores, restaurants and bars in the surrounding area were told to shelter-in-place. Meanwhile, authorities now believe the shooting was an isolated incident and police have said there are no additional suspects at this time. 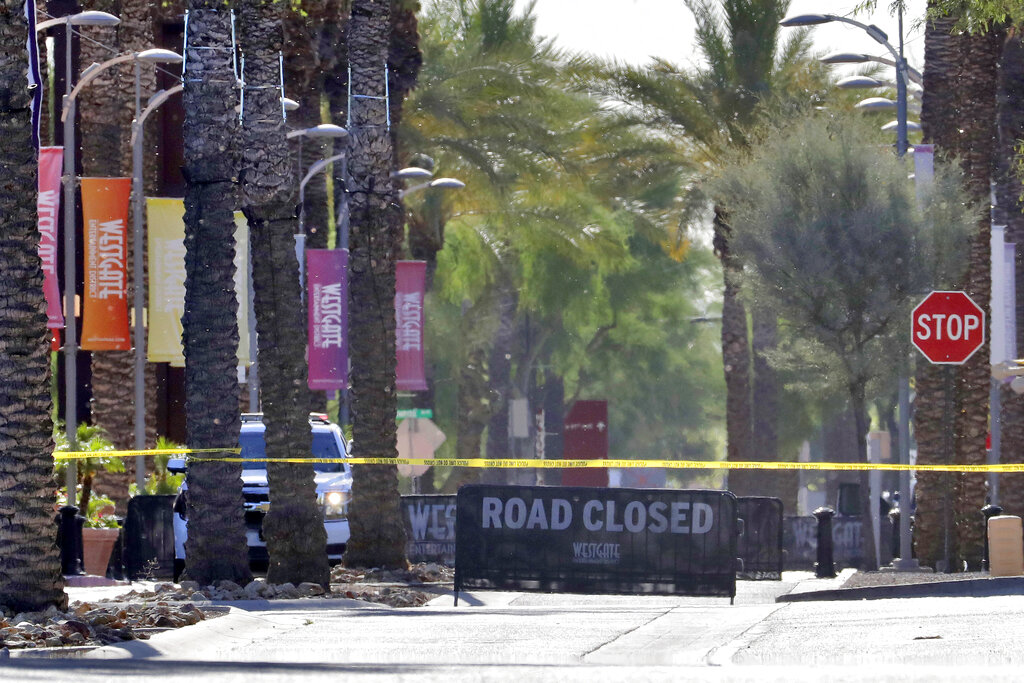 The Westgate retail district is closed off Thursday, May 21, 2020, in Glendale, Ariz. Police say one person is in critical condition and two others were injured in a shooting Wednesday evening near the shopping and entertainment district west of Phoenix. A Glendale police spokeswoman said Wednesday that the suspect was taken into custody safely. (AP Photo/Matt York)

“I guess if i looked at any thing and try to find a positive out of anything, the pandemic very likely could’ve possibly been a life savior tonight because of the smaller crowds,” said Glendale Mayor Jerry Weiers. “Again, this is an isolated incident, this is not normal for my city.”

In response to the shooting, Arizona Gov. Doug Ducey (R) offered his condolences to all the victims, families and first responders involved. He said the state is offering its full support to the community.

Our hearts and prayers are with the individuals and families impacted tonight, as well as the first responders and police officers who are on the scene. The state is here to continue to offer its full support to the victims and to the community. https://t.co/rAxAGMPk5x

Standoff in N.C. leads to deaths of 2 deputies, 3 civilians including suspect

In this photo provided by WJZY, a tactical van from Caldwell County, North Carolina, sits on stand-by at a staging area in Boone, N.C., on Wednesday, April 28, 2021. Law enforcement agencies responded to a […]