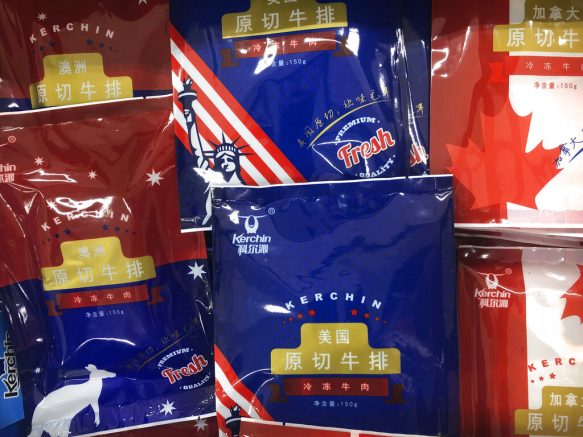 FILE – In this May 14, 2019, file photo, frozen beef filets from Australia, United States, and Canada are on sale at a supermarket in Beijing. China has suspended imports of beef from four Australian producers following a threat by Beijing of possible trade retaliation if Australia pushed for an inquiry into the origins of the coronavirus pandemic. (AP Photo/Mark Schiefelbein, File)

China is ramping-up economic pressure on Australia over its ongoing probe into Beijing’s alleged cover-up of COVID-19. On Tuesday, China imposed a partial ban on the imports of meat from Australia and threatened an 80 percent import tariff on Australian barley.

Officials in Beijing have threatened to decimate Australia’s foreign trade unless the nation drops its probe into the origins of the coronavirus outbreak.

China is the largest market for Australia’s agricultural sector. The Asian country accounts for $153 billion, or 65 percent, of its total exports. Despite this, Australian officials said they will not back down. 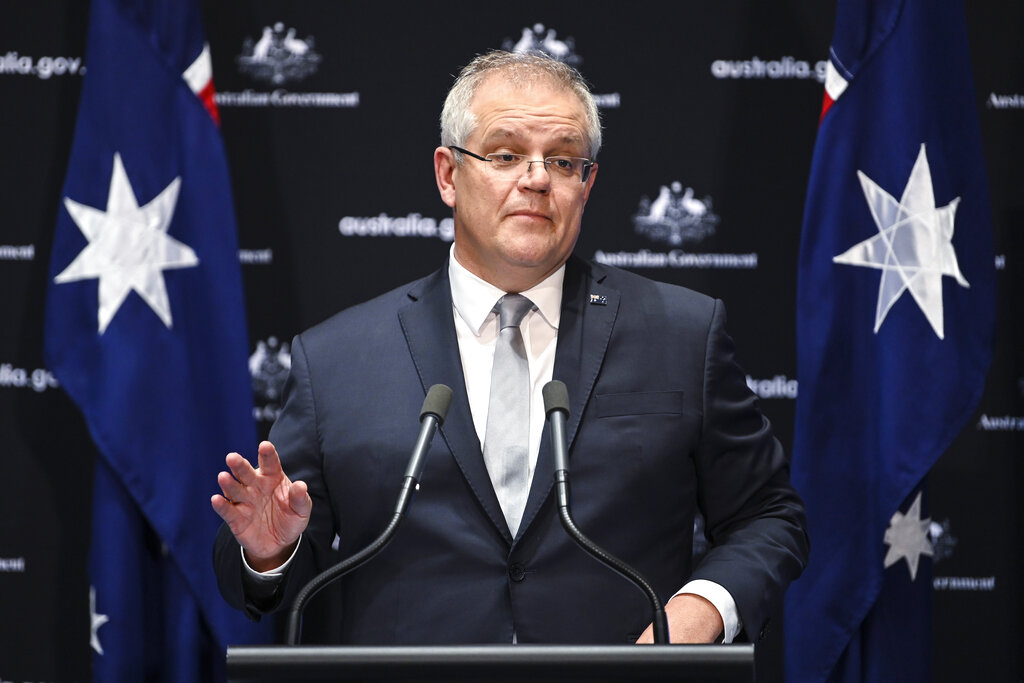 Australian Prime Minister Scott Morrison speaks to the media during a press conference at Parliament House in Canberra, Friday, May 1, 2020. (Lukas Coch/AAP Image via AP)

“It’s been an ongoing issue between our two countries and we have seen the level of trade of barley into China fall from $1.7 billion down to $600 million,” explained Australian Prime Minister Scott Morrison, MP. “We have had anti-dumping inquiries in relation to Chinese products into Australia and not all of those decisions have been well received, but they’ve been made on the merits.”

Australia is reportedly looking at limiting trade of strategically important goods with China in response to — what it calls — “economic coercion.”

MyPillow on Monday countersued Dominion Voting Systems, alleging its lawsuit against the company unlawfully interfered with the free speech rights of CEO Mike Lindell. Attorneys for MyPillow charged that Dominion has engaged in bullying of […]

Sen. Graham: Republicans will take back Congress in 2022

Nikolas Cruz, with his face mask pulled down, sits at the defense table during the third day of preliminary jury screening in the penalty phase of his trial, Wednesday, April 6, 2022, at the Broward […]