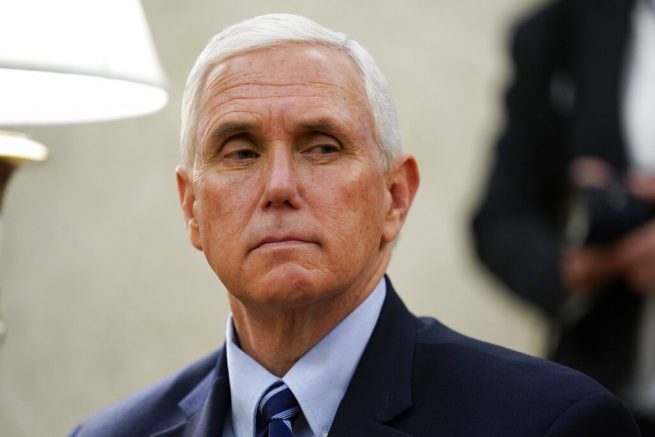 Vice President Mike Pence listens as President Donald Trump holds a meeting about the coronavirus response with Gov. Greg Abbott, R-Texas, in the Oval Office of the White House, Thursday, May 7, 2020, in Washington. (AP Photo/Evan Vucci)

Vice President Mike Pence has said he would be happy to welcome General Michael Flynn back to the White House. During a recent interview, he announced he would support Flynn’s return to the administration.

President Trump also appeared to agree and has said he would certainly consider it.

“I would certainly consider it. I think he’s a fine man…They did everything possible to destroy him…I think he’ll be fully exonerated one way or the other— certainly he’d be capable of coming back.” pic.twitter.com/1W4VNc1wwF

This came after the Justice Department dropped its case against Flynn this week. Both Pence and the president have praised Flynn’s character and condemned the case against him as partisan entrapment.

“I think General Michael Flynn is an American patriot. He served this country with great distinction in uniform. I believe the decision by the Justice Department lays bare what was clearly prosecutorial abuse. For my part, I’d be happy to see Michael Flynn again.” – Mike Pence, Vice President of the United States

VP Mike Pence to #AxiosOnHBO on the idea of Michael Flynn rejoining the administration: “I think General Michael Flynn is an American patriot…And for my part, I’d be happy to see Michael Flynn again.”

Flynn served in the administration as the president’s first national security adviser back in early 2017.