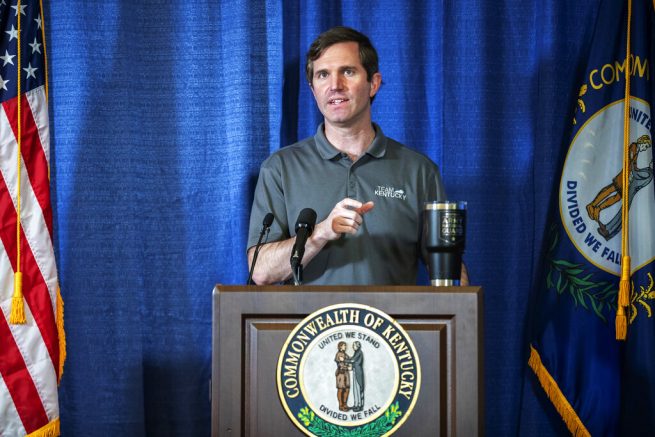 FILE – In this Sunday, May 3, 2020, file photo, Kentucky Gov. Andy Beshear speaks during a news conference at the state’s Emergency Operations Center at the Boone National Guard Center in Frankfort, Ky., about the coronavirus pandemic. (Ryan C. Hermens/Lexington Herald-Leader via AP)

Beshear previously announced that church congregations could return to their places of worship beginning May 20th, but cautioned against returning before they were prepared.

“Just because you can on May 20th doesn’t mean that you’re ready, have all the materials to make it safe, or that you’ve had time to communicate with your congregation, especially about the safety of the most vulnerable population,” stated the governor.

This came after a federal appeals court cleared the way last week for churches to hold drive-in services.

Beshear’s office has not yet issued a statement regarding the order.

Experts from Canada, the United States, and New Zealand warned of how the Chinese Communist Party (CCP) is using companies such as Huawei to infiltrate and control key sector in Western countries, a House of […]

A sign is posted on a business amid the coronavirus outbreak Wednesday, May 20, 2020, in Visalia, Calif. Tulare County’s board of supervisors voted 3-2 Tuesday to move further into the state’s four-stage reopening plan […]