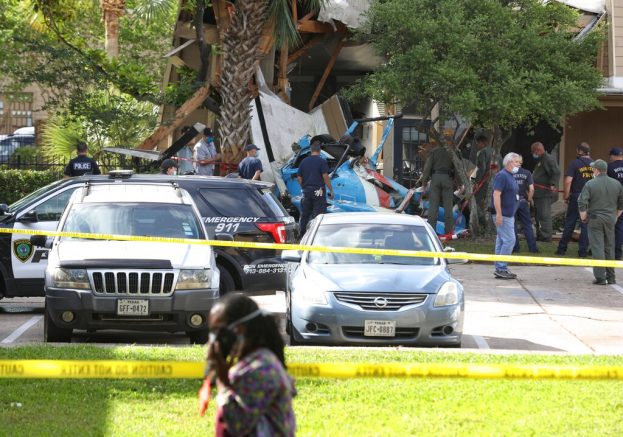 Authorities investigate the scene of a helicopter crash at an apartment complex in Houston, Saturday, May 2, 2020. (Jon Shapley/Houston Chronicle via AP)

A 19-year-old has been charged with two counts of aggravated assault, discharging a firearm and unlawful carry in Houston.

This came after suspect Josue Claros-Trajedo allegedly fired five shots at a two backup helicopters earlier this week. The choppers were providing aid to a separate HPD helicopter, which had crashed into an apartment complex. 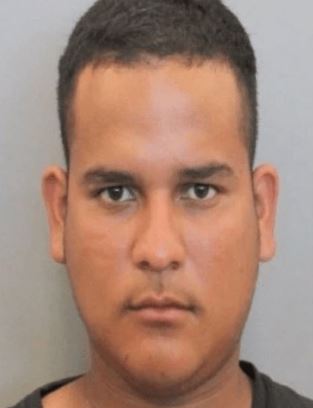 “The aircraft went down, we don’t have any idea why it went down at this time. We’ve established a crime scene and a perimeter. The pilot and copilot were trapped in the wreckage for an extended period of time.” – Art Acevedo, Chief of the Houston Police Department

According to authorities, no civilians were hurt in the crash. However, tactical flight Officer Jason Knox was killed and Senior Officer Chase Cormier was critically injured.

Officials have said the two were responding to a call about bodies floating in a nearby bayou at the time.

Following the crash, Claros-Trajedo reportedly aimed and fired at responding helicopters above the scene of the wreckage. Police quickly shifted gears to respond to the situation.

When Claros-Trajedo heard police approaching, he attempted to hide the firearm in an air vent. According to court documents, he later admitted to drunkenly firing five shots into the air.

Police confirmed the cause of the helicopter’s crash could take weeks to determine, but they have not ruled out foul play as a possibility.

Illegal border crossings have surged in recent months, with record numbers of families and unaccompanied minors entering the U.S. Many border patrol agents have been forced to put aside their normal duties to take care […]

The Heritage Foundation on Tuesday pledged to refuse funds from Big Tech companies “as long as they continue to suppress conservative viewpoints.” The announcement comes weeks after the conservative think tank declined donations from Google […]