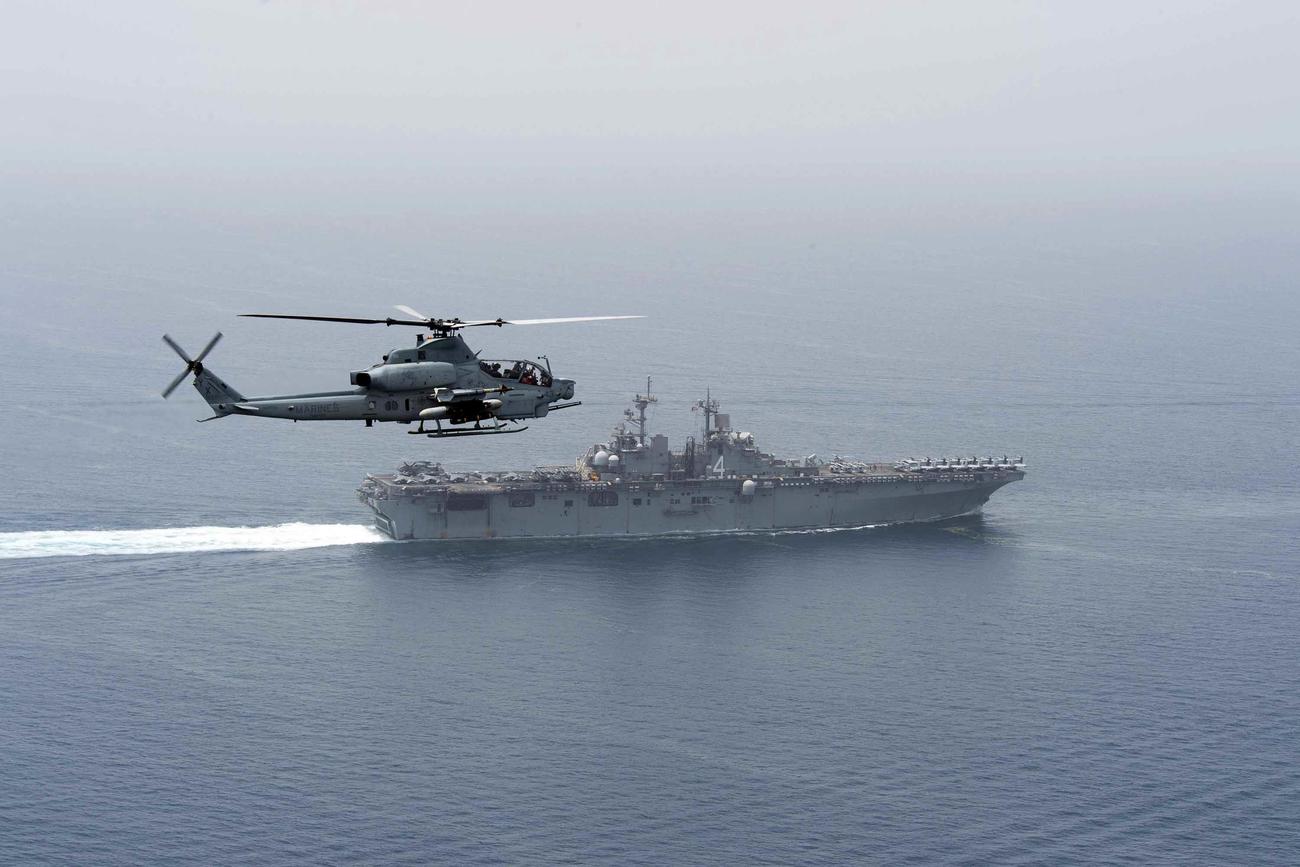 Details have emerged about a new class of amphibious warships that Navy and Marine Corps leaders say will be essential to competing with near-peer adversaries at sea.

The Navy has released details on a proposed new class of light amphibious warships. The ships will be necessary as the sea services rise to meet growing challenges at sea, according to slides from a recent Navy-led industry day during which leaders met with two dozen companies to discuss the idea.

The lighter ships, according to the slides, will help the Navy and Marine Corps “meet new challenges,” including sea-control-and-denial operations. The light amphibious warships, the slides add, will serve as “maneuver and sustainment vessels to confront the changing character of warfare.”

The Drive, which first reported on the new slides, said the Navy plans to buy between 28 and 30 of the new ships. That could significantly change the look of the Navy’s fleet as it augments big, expensive platforms that can take years to field with a smaller class of warships.

Marine Corps Commandant Gen. David Berger introduced the idea for a new fleet of “smaller, more lethal and more risk-worthy platforms” in his planning guidance. In January, he said the sea services will need “a lot of small” ships to compete with near-peer adversaries across a lot of space, such as China in the Asia-Pacific region.

“We need a distributed maritime force,” he said. “… That drives you toward more. Smaller, but capable.”

The ships will likely be built rapidly, with the Navy saying it will adapt or alter commercial designs. The service, according to the Drive, is looking to award at least one preliminary design contract by the end of 2020, with plans to begin buying the ships as early as 2022.

Here’s a look at what the Navy and Marine Corps want to see from a new fleet of light amphibious warships, or LAWs.

Length. Some of the Navy’s future unmanned vessels could end up being longer than the LAW.

The LAW’s overall length would be about 200 feet, according to the Navy’s slides. That’s about one-fourth of the length of the service’s current amphibious assault ships, which run close to 850 feet.

The ships should be capable of beaching on sand, gravel, other materials and manmade ramps. That will allow Marines to move their gear ashore.

Manning. The LAW won’t be going to sea with a 2,200-person Marine expeditionary unit. The maximum manning accommodations the Navy wants for this ship are 40 crew and 75 Marines.

The ship must also be able to accommodate the Marine Corps’ “rolling stock” inventory, including vehicles and weapons systems such as 7-ton trucks and Howitzers. The LAW will have at least 8,000 square feet of cargo space.

Speed. The Navy wants the LAW to be able to operate at 14 knots for a minimum of 3,500 nautical miles. That’s slower than the 20 knots the landing helicopter assault amphib can travel now.

Service life. Though the Navy plans to extend the service life of some of its current ships well beyond their planned time frames, the service has different plans for the LAW.

The LAW should last at least 10 years, according to the slides. That matches Berger’s call for more risk-worthy platforms that may not remain operational as long as other ships currently in the fleet.

Weapons and other tech. LAWs, according to the slides, must be able to operate within fleet groups or deploy independently.

To keep the cost of the ships down, its communications suite will be made up of existing programs of records, the slides state, a 25mm or 30mm gun system, a global positioning system, and crew-served weapons, such as .50-caliber machine guns.

Read more: China’s Antics Are a ‘Game-Changer’ for the Navy and Marine Corps, 4-Star Says

WASHINGTON — Defense Secretary Mark Esper said that, as the U.S. military prepares for another potential wave of the coronavirus, it may do things a bit differently, providing more targeted aid for cities and states […]

STUTTGART, Germany — President Donald Trump has ordered the Pentagon to pull nearly 10,000 troops out of Germany by September, which would mark a sharp drawdown in a country that is home to the largest number […]

LOUISVILLE, Ky. — Police officers and National Guard soldiers enforcing a curfew in Louisville killed a man early Monday when they returned fire after someone in a large group fired at them first, the city’s […]