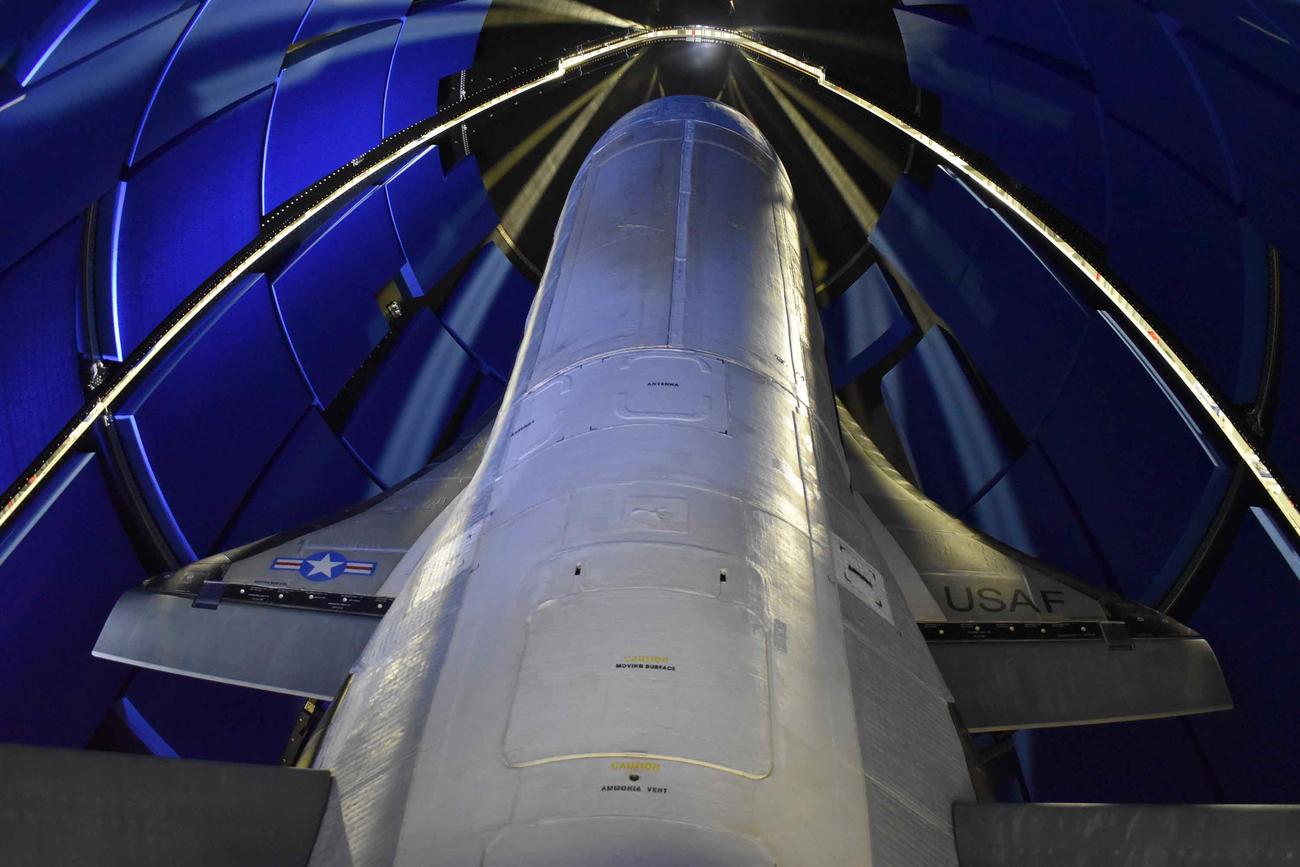 The U.S. Air Force‘s experimental unmanned space plane is about to take off again, this time with a new attachment near its tail to hold more payloads.

Air Force Secretary Barbara Barrett announced Wednesday that the X-37B Orbital Test Vehicle (OTV) will take off May 16 from Cape Canaveral Air Force Station, Florida, for its sixth mission, which will incorporate tasks for U.S. Space Force and NASA, among other agencies.

“This important mission will host more experiments than any prior X-37B flight, including two NASA experiments,” she told viewers during a conference hosted by the Space Foundation.

One NASA experiment will “study the results of radiation and other space effects on [specific] materials,” while the other will research “ambient space radiation” effects on seeds used to grow food, Barrett said.

“Each launch represents a significant milestone and advancement in terms of how we build, test and deploy space capabilities in a rapid and responsive manner,” Gen. John “Jay” Raymond, chief of space operations and head of U.S. Space Command, said in a statement.

While the unmanned X-37B belongs to the Air Force, the Space Force will command its upcoming launch, on-orbit operations and eventual return. Under the purview of the Air Force Rapid Capabilities Office, the test vehicle can autonomously re-enter the atmosphere and land on a flight line.

“This sixth mission is a big step for the X-37B program,” said Randy Walden, director and program executive officer for the Air Force Rapid Capabilities Office, in a news release. “This will be the first X-37B mission to use a service module to host experiments.

“The incorporation of a service module [attachment to the aft of the vehicle] on this mission enables us to continue to expand the capabilities of the spacecraft and host more experiments than any of the previous missions,” he said.

The mission will deploy the FalconSat-8, a small satellite developed by the U.S. Air Force Academy and sponsored by the Air Force Research Laboratory, to conduct several experiments in orbit, the release states. FalconSat is an academy project in which cadets manage and maintain an actual satellite.

FalconSat-8 will carry “five experimental payloads,” officials said, but did not elaborate.

Lastly, the U.S. Naval Research Laboratory will use the X-37 to conduct experiments to turn solar power into radio frequency microwave energy, which could then be transmitted to the ground, the release adds.

The power-beaming initiative, which has been in the works for decades, aims to convert particular wavelengths into energy that could be harnessed for day-to-day use, with the potential for military applications.

“We are excited to return the X-37B to space and conduct numerous on-orbit experiments for both the Air Force and its mission partners,” said Lt. Col. Jonathan Keen, the X-37B program manager.

The X-37B took off for its fifth, record-breaking unmanned mission on Sept. 7, 2017. While its payloads and most of its activities are classified, the Air Force said at the time that the mission would carry “the Air Force Research Laboratory Advanced Structurally Embedded Thermal Spreader (ASETS-II) payload to test experimental electronics and oscillating heat pipe technologies in the long-duration space environment.”

The reusable space plane “conducted on-orbit experiments for 780 days during its mission, recently breaking its own record by being in orbit for more than two years,” officials said upon its return in October. That brings its total number of days spent in orbit to 2,865.

In July, the service’s former top civilian gave a glimpse into the space plane’s mission.

Speaking about space awareness and deterrence at the Aspen Security Forum, Heather Wilson described the vehicle as a “small version of the [NASA space] shuttle.”

It “can do an orbit that looks like an egg and, when it’s close to the Earth, it’s close enough to the atmosphere to turn where it is,” she said at the time.

“Which means our adversaries don’t know — and that happens on the far side of the Earth from our adversaries — where it’s going to come up next. And we know that that drives them nuts. And I’m really glad about that,” she added.

Jonathan McDowell, an astronomer and astrophysicist at the Harvard-Smithsonian Center for Astrophysics, told Military.com that Wilson’s comments on the craft’s movement may shed light on “a previously secret orbit-related capability,” and explained that its movement likely throws an adversary off, even if just for a short time.

“The dip into the atmosphere causes a change in the timing of when it next comes overhead. So [trackers’] predictions are off, and [they] have to search for it all over again,” McDowell said at the time.

This article by Jeff Schogol originally appeared on Task & Purpose, a digital news and culture publication dedicated to military and veterans issues.  The heroic soldier who rammed a gunman with his truck in Kansas is a […]

Lives Lost: At Veterans’ Home, Towering Legacies of the Dead

Each of their stories was different, but common strains repeat: Of humility and generosity; of finding joy in the unpretentious; of a sharp mind disappearing into fog or a hale body betrayed by age. And, […]

Washington, D.C., Mayor Muriel Bowser is disputing claims from a U.S. senator that deployed members of the Utah National Guard were evicted from a hotel in the District. In a series of tweets and an […]