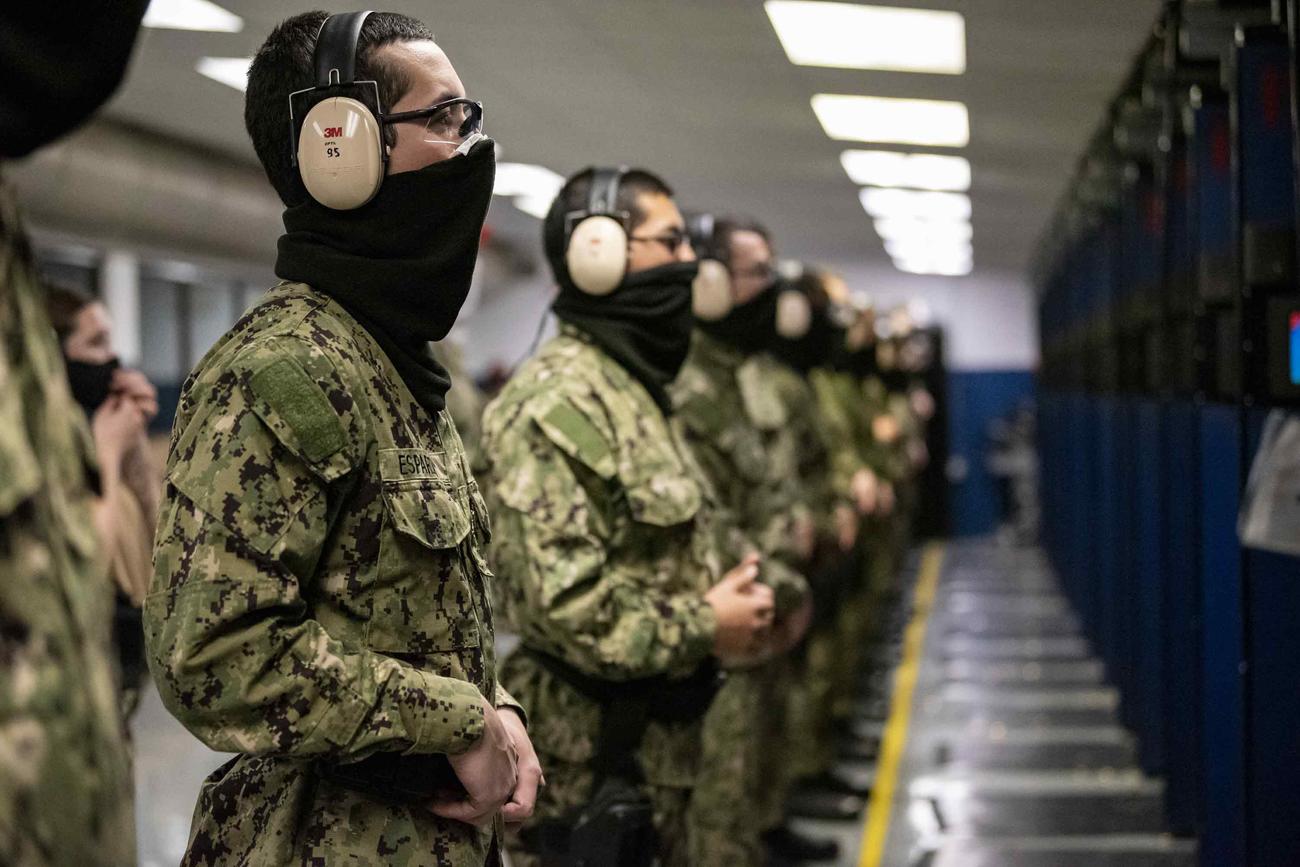 A group of 10 Senate Democrats has joined a growing chorus of critics challenging Defense Secretary Mark Esper’s leadership amid the COVID-19 pandemic, saying the lack of clear guidance from the Pentagon’s top civilian has put service members at risk and undermined readiness.

The Defense Department, however, hotly disputes what it calls “cherry-picked” and false allegations.

In a letter sent to the Pentagon Monday, the lawmakers, led by Sens. Elizabeth Warren, D-Mass., and Mazie Hirono, D-Hawaii, blamed Esper for failing to establish institutional-wide guidance on COVID-19 — a deficiency they say has resulted in disparate responses across units, from the swift, strict approach by U.S. Forces Korea that successfully contained the spread of the coronavirus at installations in South Korea to a decision by Navy commanders to allow the carrier Theodore Roosevelt to visit Vietnam, resulting in more than 840 cases of COVID-19 on the vessel.

The letter follows a series of reports questioning the defense secretary’s decision giving individual commanders the authority to decide how to address the pandemic at their units, installations and vessels.

“Although local commanders know their units and operating environments better than anyone in the Pentagon, they are not public health experts,” the senators wrote. “They are now left to make decisions they should never have to make.”

The senators allege that Esper allowed politics to influence his decisions, citing a March 2 New York Times article quoting the secretary as urging commanders overseas not to “make any decisions … that might surprise the White House or run afoul of President Trump’s messaging on the growing health challenge.”

They also challenged his understanding of the COVID-19 illness, expressing alarm that he, as late as April 16, said on NBC’s Today show that the spread of the SARS-CoV-2 coronavirus on the Roosevelt revealed a “new dynamic” that it can be carried by asymptomatic individuals.

But, as the senators pointed out, asymptomatic transmission was suspected as early as February and was, by mid-March, “extremely obvious.”

In a hotly worded response to Military.com from the Pentagon, Jonathan Hoffman, assistant secretary of defense for public affairs, disputed the senators’ assessment, saying the letter “does not even remotely accurately reflect our record of action against the coronavirus and the great lengths we have gone to to protect our people.”

Hoffman said the senators “cherry-picked false and repeatedly debunked assertions that do not reflect reality.”

“Secretary Esper has made a clear, unambiguous decision to provide constant guidance to senior civilian and military leaders on how to confront the crisis,” Hoffman wrote.

He pointed to a timeline that includes the Pentagon issuing basic force protection guidelines on Jan. 30 and going on to update the guidance nine times. He also cited the rapid response the Defense Department has undertaken to the pandemic across the U.S., deploying 60,000 personnel for COVID-19 response, including 4000 health care professionals, two hospital ships, 14 Army medical task forces and two Navy expeditionary medical facility detachments. DoD, he noted, has also provided 20 million N95 masks to states, while continuing worldwide operations.

“What we have done instead is worked to find the right balance of protecting our people and protecting America,” Hoffman said.

Still, the senators, including Sens. Kamala Harris, D-Calif., Patty Murray, D-Wash., Richard Blumenthal, D-Conn., Jeff Merkley and Ron Wyden, D-Ore., Sherrod Brown, D-Ohio, Amy Klobuchar, D-Minn., and Ed Markey, D-Mass., charged that Esper put military personnel, families and communities at risk for halting the disclosure of locations where military COVID-19 cases are clustered. That information, they wrote, could be used by communities to determine the extent of the pandemic in their local areas.

Esper has said making such disclosures would harm national security.

The senators said that decision “sowed fear within both military and civilian communities and made response even more difficult.”

The senators asked Esper to respond by May 11 to a series of questions on subjects including the military health system’s ability to track COVID-19 test results from troops, and military families taken outside the department, for the results of a 2019 pandemic modeling exercise and lessons learned during the process and what the department plans for long-term mitigation of the coronavirus across the services.

“Immediate and aggressive guidance — from the top — is necessary to protect the health, morale and readiness of service members and their families … you can and must do better,” they wrote.

Read More: The Naval War College Ran a Pandemic War Game in 2019. The Conclusions Were Eerie