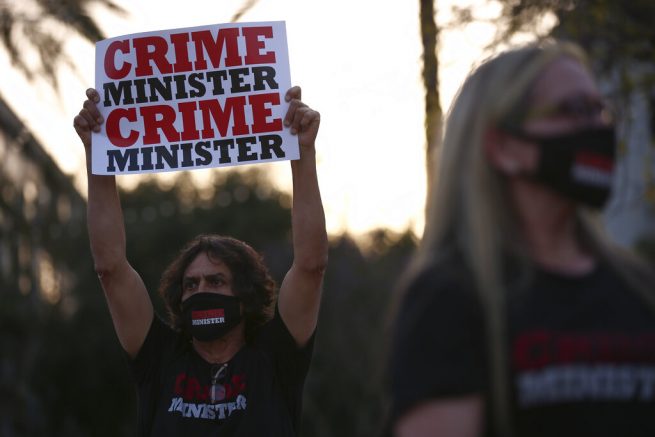 A man with protective face mask amid concerns over the country’s coronavirus outbreak, holds a sign during a protest against Prime Minister Benjamin Netanyahu in Tel Aviv, Israel, Sunday, April 19, 2020. (AP Photo/Oded Balilty)

Israeli citizens are protesting against Prime Minister Benjamin Netanyahu. Around 2,000 demonstrators took to the streets of Tel Aviv this week and called for him to step down.

According to protesters, Netanyahu shouldn’t be in power while criminal corruption charges are pending against him.

It’s a protest against Netanyahu in Tel Aviv.

This came after the prime minister and his challenger, Benny Gantz, formed an emergency coalition government to tackle the pandemic earlier this week. Protesters believe the move still isn’t enough. 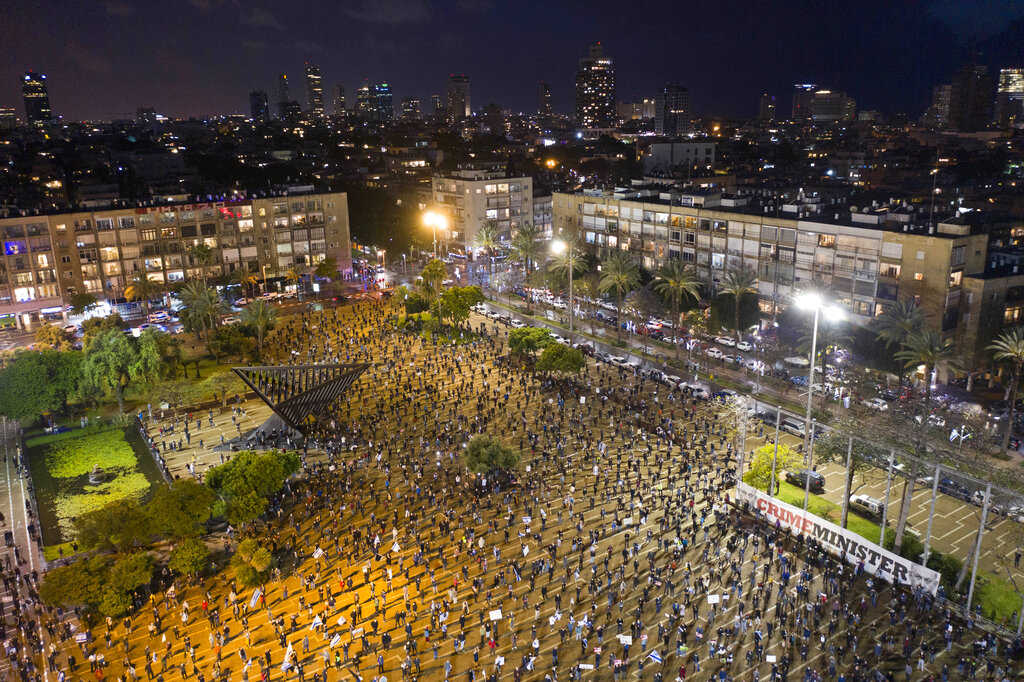 Protesters have said as long as Netanyahu is still in power, he has influence over the court in his own criminal investigation. He’s expected to stand trial next week on charges of bribery, breach of trust and fraud.