ABC fired Roseanne Barr for posting mean tweets this week.
One tweet alleged Obama adviser Valerie Jarret was the spawn of the Muslim Brotherhood and monkeys.


Disney Chief Bob Iger said canning Roseanne was the right thing to do.

From Channing Dungey, President of ABC Entertainment: "Roseanne's Twitter statement is abhorrent, repugnant and inconsistent with our values, and we have decided to cancel her show."
There was only one thing to do here, and that was the right thing.

But ABC hired writer-director Victor Salva after he served time for child molestation.

Salva abused a boy from age 8 to 12 who was acting on a film he directed.

He served only 15 months in jail.

Victor Salva molested a boy from age 8 to 12, who was acting in a film he directed, & videotaped it.

Served only 15 months in jail.

Despite the victim's public protests

Disney / ABC hired him to direct the film 'Powder'

But fires Roseanne within hours for a tweet. pic.twitter.com/5VhN9u38o0

ABC also employs some of the biggest racists in the business.

The irony of Disney canning Roseanne while continuing to employ some of the industries biggest racist and race baiting frauds like Jemele Hill, Bomani Jones, Steve A Smith is not lost on most. Oh and at the same time hiring a scum of a human in Keith Olbermann. 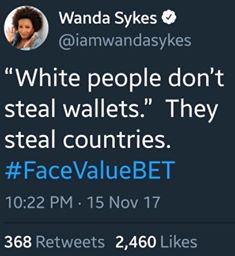 We all know this unhinged liberal! 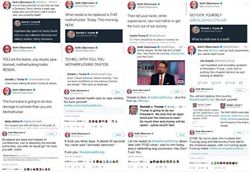 Oh and this one from Kimmel is priceless!

It’s quite apparent that liberal hypocrisy knows no bounds, or what the meaning of double standards is for that matter. It’s my theory that they wanted the show gone because she was Trump supporter even though the show was wildly popular amongst people from both sides of the political spectrum.

Dem Operative Arrested in Nevada After Assaulting Female GOP Staffer ‘I kept screaming help me, stop hurting me, you are hurting me’ A tracker for a liberal super PAC was arrested on Tuesday night in […]

Over Memorial Day weekend, an article began trending on Twitter published to AZ Central showing children being held at a holding facility. However, those sharing it didn’t realize that the article is actually from 2014 during […]

‘F**k the NRA’: Dem Running for Congress Minces No Words in Foul Ad — And Stations May Have to Air It

Democratic congressional candidate Pat Davis takes a vulgar shot at the National Rifle Association (NRA) in his latest TV ad — and stations are saying they’re required to air it as is. “F**k the NRA,” […]