Mark Feigin was charged with “harassment” for voicing his opinions on a Los Angeles mosque’s social media page, calling in death threats and attempting to discourage investigators from testifying against him in 2016. Almost two years and over $300,000 later, he’s still fighting to clear his name after the charges were finally dropped.

Feigin was arrested when Kamala Harris, now a U.S. senator, served as California’s attorney general. At the time, the Attorney General’s office charged Feigin with one felony count of criminal threats with a special hate crime allegation. Under that charge, he faced six years in prison.

Feigin openly admits to having what some might label “harsh opinions,” but he says he knows the difference between a threat and a constitutionally protected opinion and is careful to never cross that line. 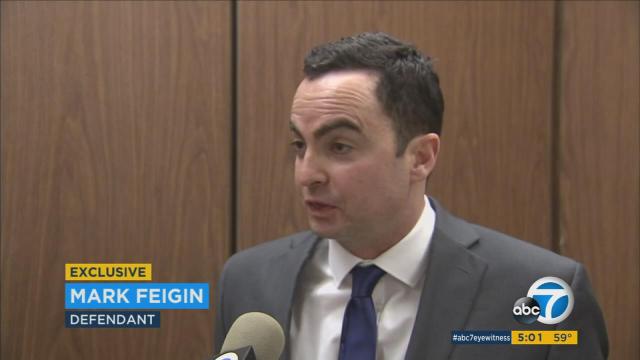 Members of the mosque called the police and told them they thought the call was made by Feigin, due to his Facebook posts directed at them. Based solely on that information and the revelation that Feigin was a gun owner, the LAPD filed for and obtained a search warrant for Feigin’s home and phone records. However, they didn’t wait to conduct the search before arresting him. A day after the search warrants were obtained, Feigin was surrounded outside his home at gunpoint.

After a SWAT-style raid of his home and a lengthy court battle, it eventually came to light that the threatening call had actually been made by a local judge’s son, who has not been charged. That man, Michael Slawson, is the 28-year-old son of a Los Angeles County Superior Court judge.

Amid the exhausting investigation and trial, it came to light that not only was one of the investigating officers a member of the mosque, but a Los Angeles Deputy District Attorney, also a member, was providing the Islamic Center with free legal consultation on the case, in clear violation of California law.

Feigin’s counsel, Caleb Mason, raised questions about the “unusual and unexplained” role of then-Attorney General Kamala Harris’s office and the prospect that the case was brought against his client for “political benefit.”

Typically, local prosecutions are handled by the county district attorney in a given jurisdiction, not the state attorney general’s office. In his court filing, Mason cited language in a plea offer extended to Feigin which he said suggested “improper political motives” behind the prosecution. The deal required, among other things, that Feigin “renounce the KKK and the Alt-Right.”

“[S]ince when does a prosecutor demand that a defendant ‘renounce’ his political beliefs as a condition of avoiding prison,” Mason wrote. “The answer is simple: We don’t do that, not in this country.”

Even after it was discovered that Slawson had made the threatening phone call, and an investigation of Feigin’s phone records revealed no calls to the mosque, the prosecution continued to pursue charges against him for the Facebook posts, posts which Detective Kenneth Bryant of LAPD’s Major Crimes Division had already said were not criminal in nature, but merely opinion.

The charges were eventually dropped in late 2017, over a year after Feigin’s arrest. His firearms, which were seized after his arrest, will not be returned. He lost his job as a prominent LA realtor, he racked up hundreds of thousands of dollars in debt and unpaid legal fees, and his reputation has been smeared by the local media. Mark has since launched a fundraising campaign, hoping to get back on his feet now that Kamala Harris’s weaponized lawfare has turned his life upside down.

Read the bill. There is no religious exemption. There is no restriction to mental health professionals. This is not simply a ‘gay conversion ban.’ If you haven’t already lost significant respect for Snopes as an […]

YouTube has updated its policies on content featuring firearms, leading to the suspension of a large gun manufacturer and forcing popular gun content creators to remove videos from their channels. “While we’ve long prohibited the […]