“I pledge allegiance to the Flag of the United States of America, and to the Republic for which it stands, one Nation under God, indivisible, with liberty and justice for all.”

The American amphibious invasion of Iwo Jima during World War II stemmed from the need for a base near the Japanese coast. Following elaborate preparatory air and naval bombardment, three U.S. marine divisions landed on the island in February 1945. Iwo Jima was defended by roughly 23,000 Japanese army and navy troops, who fought from an elaborate network of caves, dugouts, tunnels and underground installations. Despite the difficulty of the conditions, the marines wiped out the defending forces after a month of fighting, and the battle earned a place in American lore with the publication of a photograph showing the U.S. flag being raised in victory.

The American amphibious invasion of Iwo Jima, a key island in the Bonin chain roughly 575 miles from the Japanese coast, was sparked by the desire for a place where B-29 bombers damaged over Japan could land without returning all the way to the Marianas, and for a base for escort fighters that would assist in the bombing campaign. Iwo Jima was defended by roughly 23,000 Japanese army and navy troops, and it was attacked by three marine divisions after elaborate preparatory air and naval bombardment (sixty-eight hundred tons of bombs, twenty-two thousand shells). The battle was marked by changes in Japanese defense tactics–troops no longer defended at the beach line but rather concentrated inland; consequently, the marines experienced initial success but then got bogged down in costly attritional warfare. The Japanese fought from an elaborate network of caves, dugouts, tunnels, and underground installations that were difficult to find and destroy. Except for 1,083 prisoners (two of whom did not surrender until 1951) the entire garrison was wiped out. American losses included 5,900 dead and 17,400 wounded. 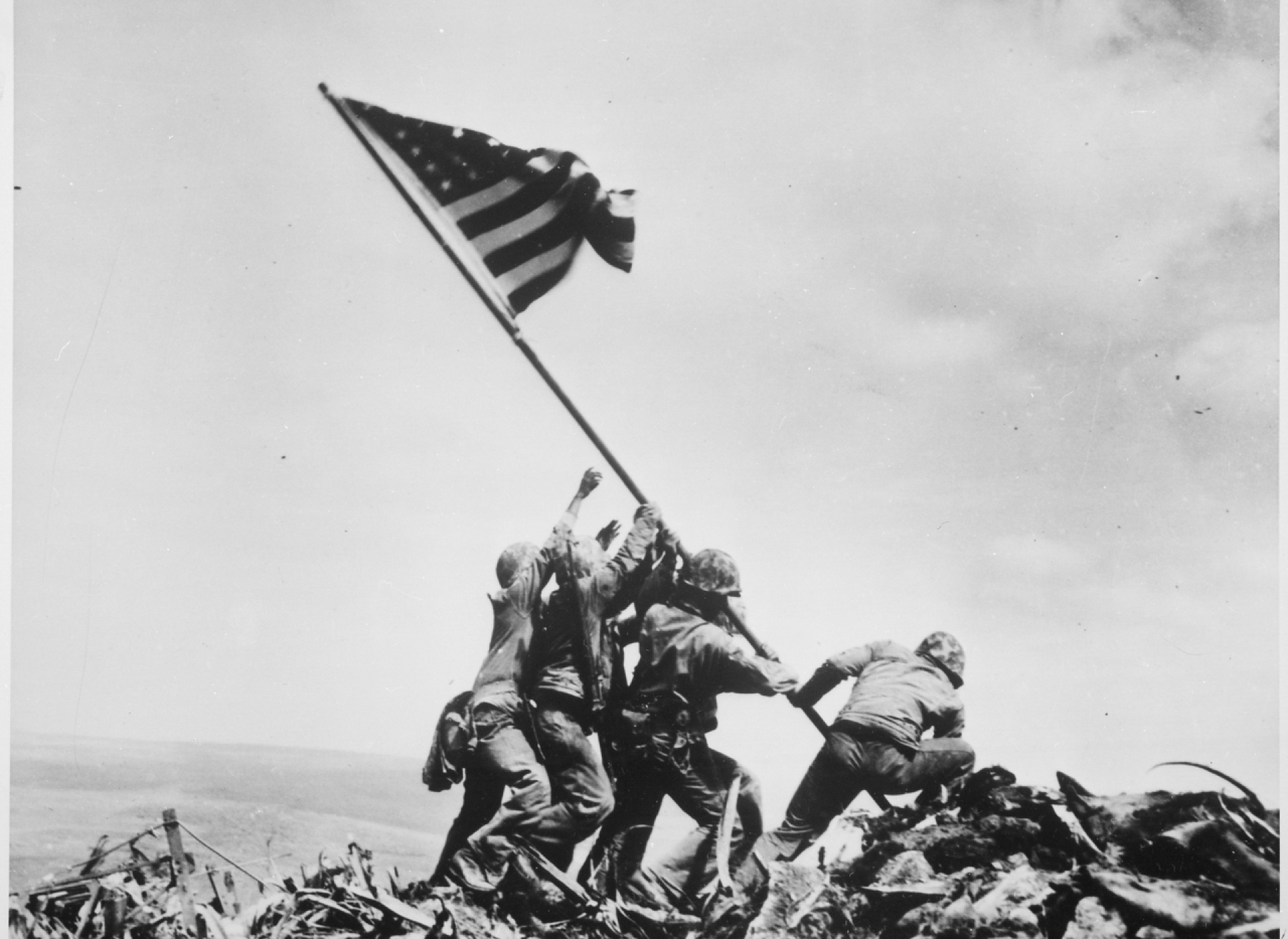 Photographer Joe Rosenthal provided the U.S. Marine Corps with one of its most enduring images with his picture (restaged for the purpose) of Americans raising the flag over Mount Suribachi at the southwest corner of Iwo, an image replicated on postage stamps as well as on the memorial statue at the entrance to Arlington National Cemetery.