Firefighters have responded to a fire at Trump Tower, the Manhattan home of US President Donald Trump.

One person suffered minor injuries, while another sustained serious and possibly life-threatening injuries, New York Fire Department said. Mr Trump was in Washington at the time of the blaze.

Footage of the incident showed around a dozen firefighters on the roof of the tower, while white smoke billowed from one corner of the top of the building. 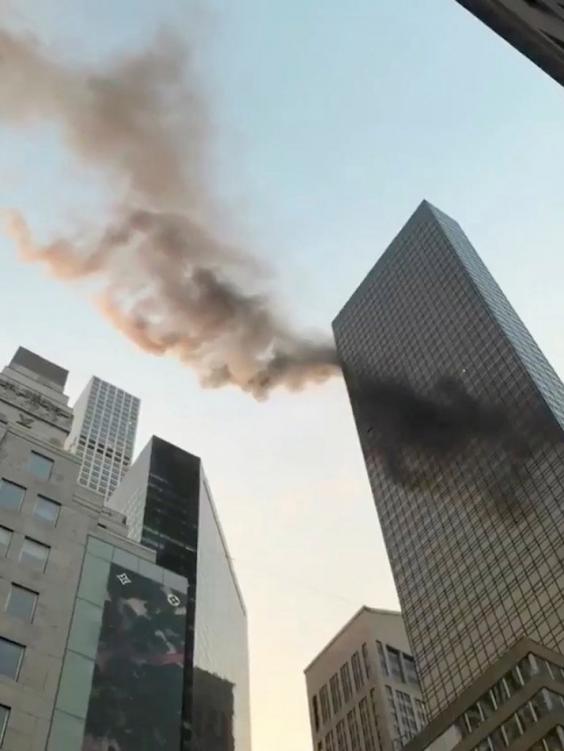 A blaze was reported at 7am local time from the top floor of the building, the New York Fire Department said.

A fire official told ABC the fire was inside one of the vents on the roof of the building.

“This building has two roofs  — a low roof, where all the mechanical equipment is … and a top roof … with some vents to cover that equipment so you don’t see it from the outside,” the official said.

“So we had flames coming out of those vents — again no fire inside the building.”

About 84 firefighters attended the scene and brought the blaze under control in about an hour, the fire service said.

There was a small electrical fire in a cooling tower on the roof of Trump Tower. The New York Fire Department was here within minutes and did an incredible job. The men and women of the #FDNY are true heroes and deserve our most sincere thanks and praise! https://t.co/xuTmq1GBbj

Eric Trump, one of the president’s sons, described the blaze as “a small electrical fire”.

“The New York Fire Department was here within minutes and did an incredible job,” he said.

“The men and women of the #FDNY are true heros and deserve our most sincere thanks and praise!”