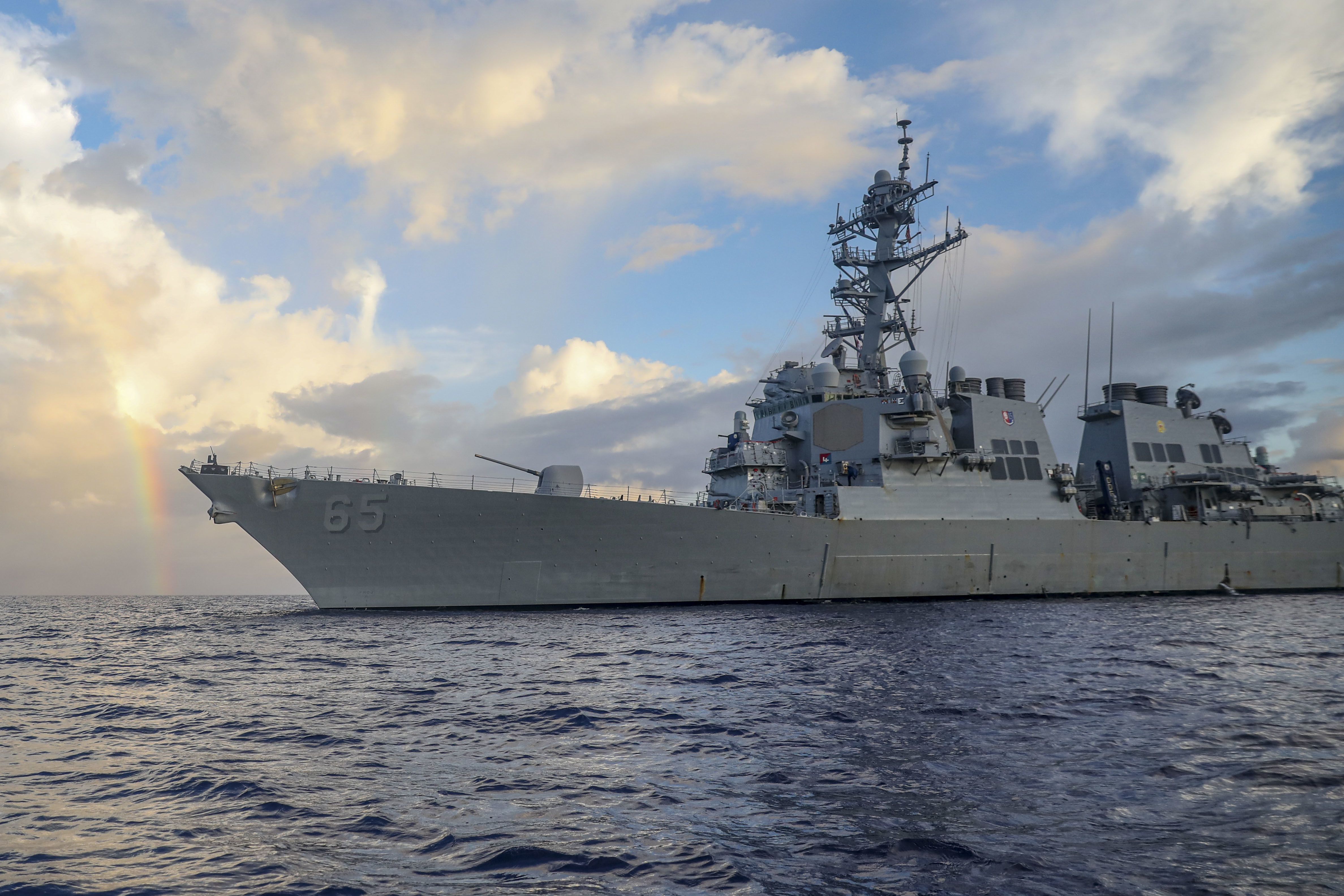 BEIJING (AP) — The U.S. Navy on Wednesday sailed a destroyer close to China-controlled islands in the South China Sea in what Washington said was a patrol aimed at asserting freedom of navigation through the strategic seaway.

The guided-missile destroyer USS Benfold sailed past the Paracel Islands and continued thereafter with operations in the South China Sea.

The operation “upheld the rights, freedoms, and lawful uses of the sea,” the 7th Fleet said in a news release.

Such operations are considered key to the U.S. Navy maintaining its presence in the Indo-Pacific, where China has grown its presence through a massive ship building campaign.

Beijing has also alarmed the U.S., Australia and New Zealand with the signing of a mutual defense agreement with the Solomon Islands, under which it could receive Chinese troops in emergencies and possibly establish a permanent Chinese military presence.

In response to the Benfold’s passage, China’s Southern Theater Command tracked the vessel’s movements and ordered it to leave the area, Air Force Col. Tian Junli was quoted as saying on the Defense Ministry’s website.

“Our troops in the military area are on high alert at all times to safeguard national sovereignty, security and peace and stability in the South China Sea,” the ministry said.

China claims ownership over virtually the entire strategic waterway, through which passes around $5 trillion in global trade each year and which holds highly valuable fish stocks and undersea mineral resources. The Philippines, Brunei, Malaysia, Vietnam and Taiwan also lay competing claims to the region.

The aircraft carrier USS Ronald Reagan has also been deployed to the South China Sea, along with its strike group including guided-missile cruiser USS Antietam and guided-missile destroyer USS Higgins.

“Our presence in the South China Sea demonstrates America’s commitment to a free and open Indo-Pacific,” Capt. Fred Goldhammer, commanding officer of the Ronald Reagan, was quoted as saying in a news release.

Chinese Foreign Ministry spokesperson Wang Wenbin on Wednesday reiterated China’s rejection of a 2016 Hague arbitration ruling brought by the Philippines under the United Nations Convention on the Law of the Sea that invalidated Beijing’s vast territorial claims in the South China Sea.

“China neither accepts nor recognizes (the ruling). China will never accept any claim or action based on this award,” Wang said at a daily briefing.

U.S. Secretary of State Antony Blinken on Tuesday issued a call for China to abide by the ruling and warned that Washington is obligated to defend treaty ally Philippines if its forces, vessels or aircraft come under attack in the disputed waters.

While publicly pursuing closer ties with the Philippines government, China has moved aggressively to assert its control in disputed waters with its vastly superior coast guard and naval assets.

Dozens of left-wing activists and workers protested in front of the Chinese Consulate in Manila’s Makati financial district on Tuesday, asking Beijing to respect the arbitration ruling and for newly elected President Ferdinand Marcos Jr. to defend the country’s territory and sovereign rights in the South China Sea.

Washington lays no claim to the disputed waters but has deployed Navy ships and Air Force jets to patrol the waterway for decades and says freedom of navigation and overflight is in the U.S. national interest. China has responded angrily, accusing the U.S. of meddling in a purely Asian dispute and demanding it leave the region where it has had a naval presence for more than a century.