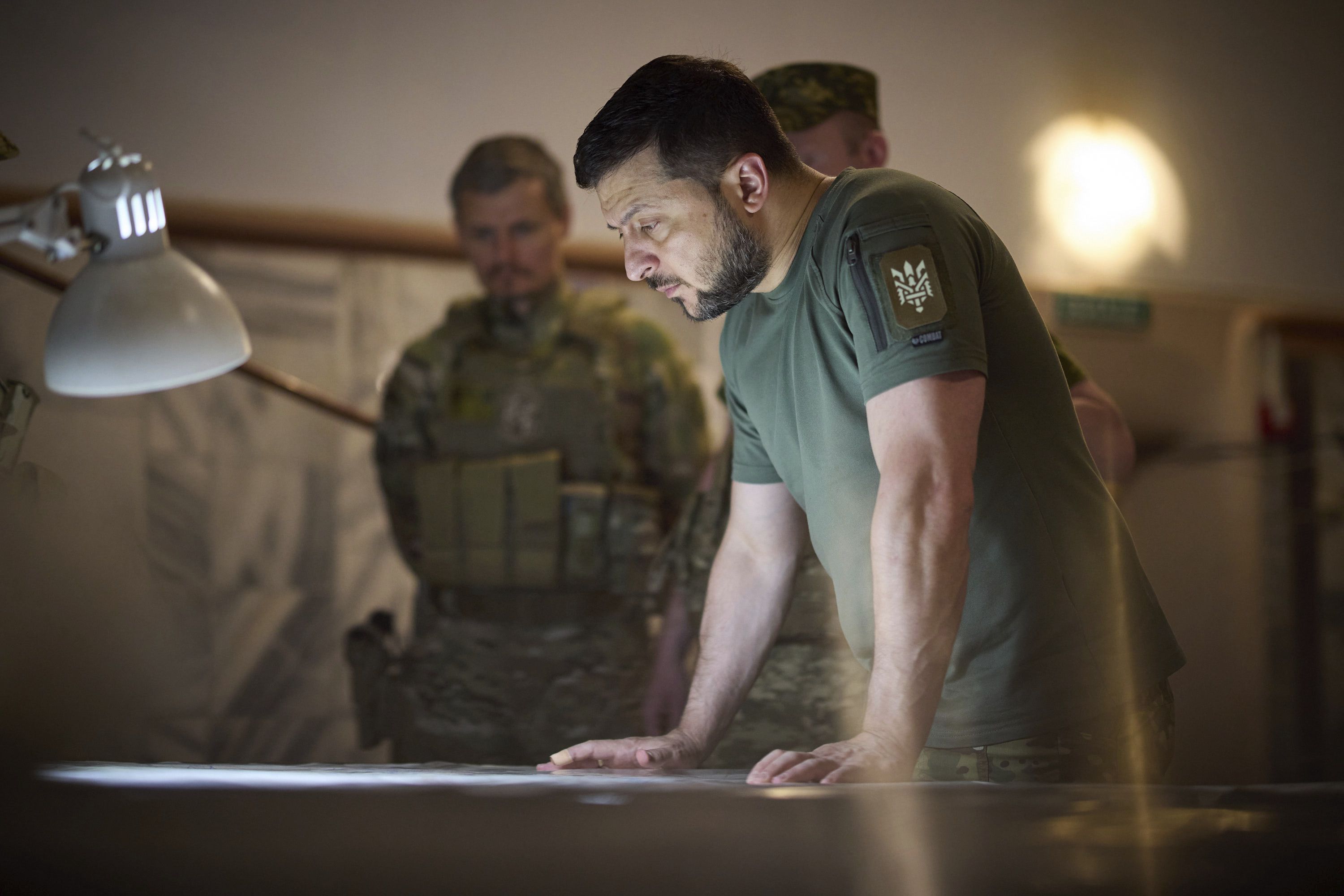 WASHINGTON — The United States is sending to Ukraine up to $400 million in additional military equipment and supplies, including four more medium-range rocket systems and ammunition, as the embattled nation tries to repel Russia’s advances in the Donbas region.

The four additional M142 High Mobility Artillery Rocket Systems, or HIMARS, will bring the total number sent to Ukraine to a dozen, a senior defense official told reporters in a briefing Friday. The official said the first eight HIMARS were particularly useful for Ukraine, as the fight in the Donbas has largely evolved into an artillery duel. The official refuted Russian reports that two of the delivered HIMARS were destroyed, and said all eight are accounted for and still in use by Ukraine.

The military equipment being drawn down from U.S. stockpiles and sent to Ukraine also includes three tactical vehicles, demolition munitions, counter-battery systems and spare parts, among other equipment, so Ukraine can repair and maintain other systems that allies have sent in recent months.

The shipment will also include 1,000 rounds of 155mm artillery ammunition, which the defense official described as a precision-guided type that would allow the Ukrainian military to better hit specific targets, which would save ammunition. The official would not confirm whether these shells will be the guided Excalibur artillery rounds, but said they have not been part of previous security assistance packages to Ukraine.

HIMARS is a light, wheeled multiple rocket launcher, which Pentagon officials previously said was a “top priority” request by Ukraine. The U.S. undersecretary for defense for policy, Colin Kahl, told reporters last month that HIMARS allows Ukrainian forces to strike targets with greater range and precision than other artillery weapons that were sent.

Ukrainian President Volodymyr Zelenskyy formally promised only to use HIMARS for defensive purposes and to avoid firing into Russian territory; this took place before the U.S. agreed to provide the systems in order to avoid escalating the conflict.

The defense official said Russian claims HIMARS were used in strikes outside of Ukrainian territory are false, and that Russian forces, capabilities and logistics nodes within Ukraine are “absolutely fair targets.”

The official said the weekslong process to train Ukrainian troops on how to use the high-end HIMARS platform has been a limiting factor, and is why they were delivered in batches of four at a time. The official said efforts to train more Ukrainians on HIMARS will continue, but would not say how many have so far been trained.

The official said the HIMARS would arrive on the battlefield “rapidly,” but would not say how long their deployment might take.

Ukrainian forces are launching effective counteroffenses, the official said, and in the last week have started to use HIMARS strikes to seriously disrupt Russia’s ability to gain ground.

“We don’t see this at all as Russia winning this battle,” the official said. “Certainly they’re not winning it relative to their initial objectives. They’ve been very much thwarted, but the fighting is hard.”

The U.S. has been talking with allies and partners about other systems that could be sent to Ukraine, such as coastal defense capabilities, to move the nation away from Soviet legacy systems.

While Ukraine has received a great deal of equipment from the U.S. and other partner nations, the official said, its military has been using it at such an intense pace that forces need resources to repair and sustain those systems.

Providing this ability also sends Russia an important signal that Ukraine will be able to continue the fight, the official said.

“If the Russians think they can outlast the Ukrainians, they need to rethink that,” the official said. “We are already pivoting towards thinking about what the Ukrainians will need in the months and years ahead.”

Stephen Losey is the air warfare reporter at Defense News. He previously reported for Military.com, covering the Pentagon, special operations and air warfare. Before that, he covered U.S. Air Force leadership, personnel and operations for Air Force Times.