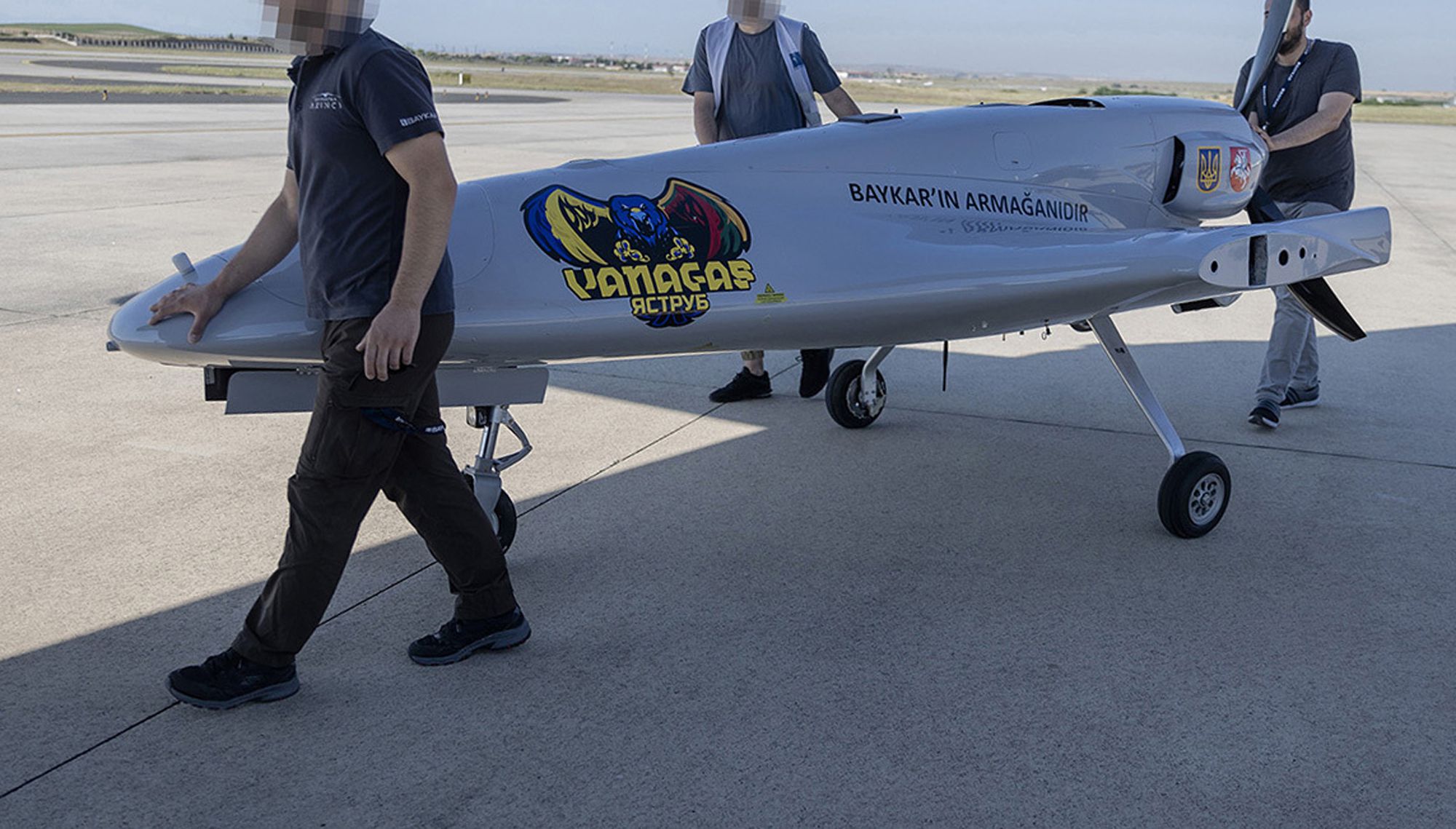 A Turkish Bayraktar TB2 combat drone is on view during a presentation at the Lithuanian Air Force base in Siauliai, Lithuania, on July 6, 2022. (Petra Malukas/AFP via Getty Images)

VILNIUS, Lithuania — Lithuania will present a combat drone to Ukraine that was donated by the Turkish manufacturer after a private crowdfunding campaign among ordinary Lithuanians, who raised nearly €6 million (U.S. $6.1 million) for the purpose within days.

The campaign’s success inspired Turkey’s Baykar defense company, which makes the Bayraktar TB2 drone, to provide it free of cost. Some of the money raised in Lithuania was used to arm the drone, and the rest will be funneled to Ukraine to address “critical needs,” the Lithuanian government said.

Lithuanian Defence Minister Arvydas Anušauskas presented the drone, which arrived in the country earlier this week, to the public at a local air base.

“One weapon won’t win a war but symbols are extremely important in any war,” he told public broadcaster LRT on Wednesday.

The UAV will be handed over to Ukraine in the coming days.

The crowdfunding initiative was launched at the end of May with a target amount of €5 million, which it reached in a few days as thousands of citizens chipped in.

Lithuania, a Baltic nation of 2.8 million people and a former Soviet republic, is among the most active supporters of Ukraine and has provided military aid to Kyiv on a regular basis since Russia’s Feb. 24 invasion of Ukraine.