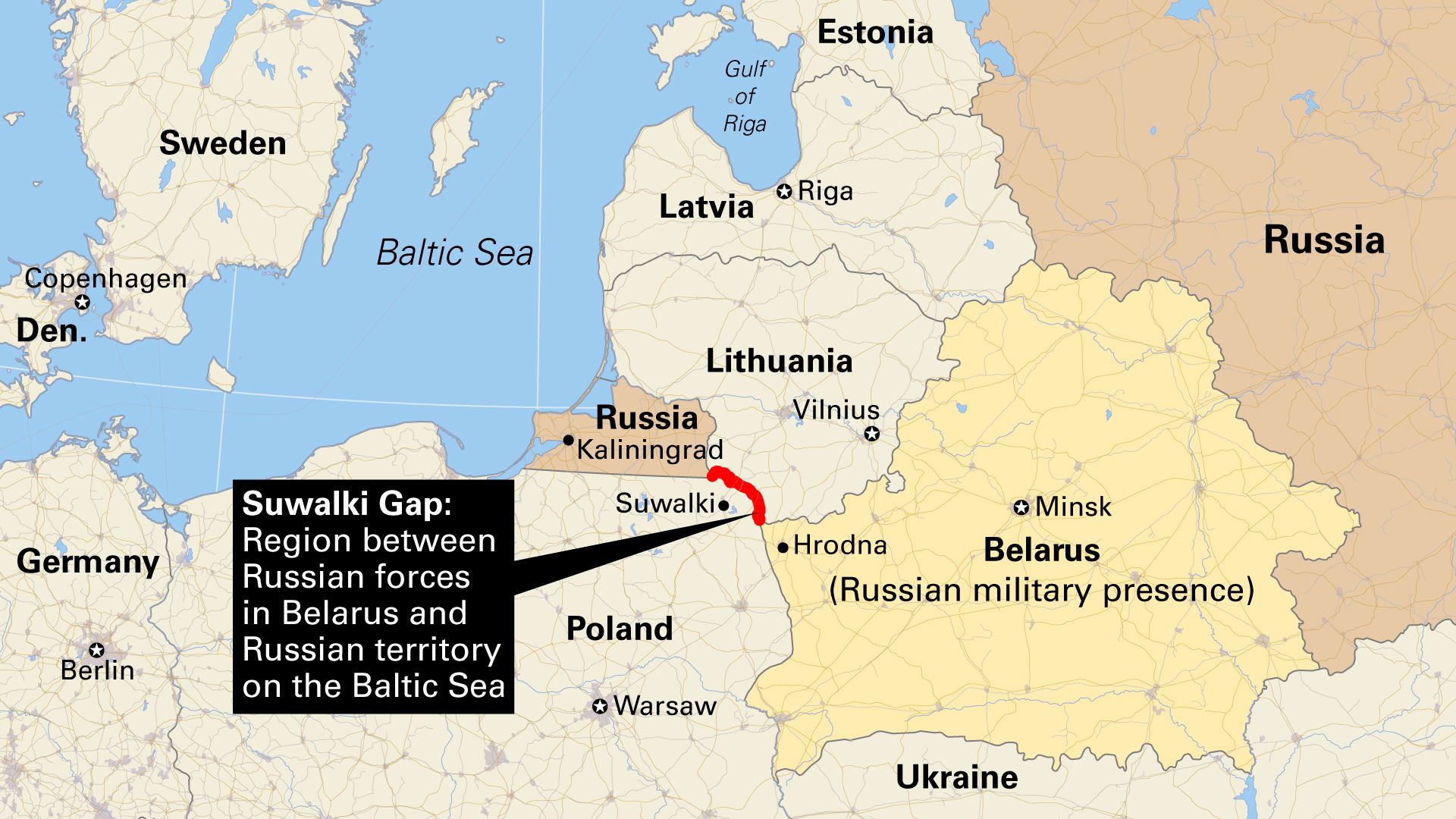 Lithuania imposed a ground transit ban of EU sanctioned Russian goods through its territory on Saturday, cutting off the Russian exclave of Kaliningrad Oblast.

The governor of the oblast, Anton Alikhanov, said the ban will block half of all goods coming into the territory, the majority of which travel via railroad. The ban will also cut off Kaliningrad’s only oil pipeline from Russia.

The move comes on top of the EU flight ban of 21 Russian-certified airlines in April, preventing goods from being flown into Kaliningrad as well. The only uninterrupted method of transit left to the territory now is by way of the sea through international waters.

In response, Russia said Lithuania will face “serious,” unspecified consequences for the actions.

With Lithuania being a NATO member, any direct military action by Russia would trigger Article 5 of the treaty and the entirety of the alliance would at war with Russia. During the State of the Union Address, U.S. President Joe Biden vowed to defend “every inch” of NATO territory. In March, the U.S. bolstered its presence in Lithuania, bringing the number of soldiers stationed in the country to around 1,000.

Like a hollow in the mountains, the isolated port city of Kaliningrad and the territory to which it lends its name is nestled along the coast of the Baltic Sea between the countries of Poland to the South and Lithuania to the East and North.

Why is Kaliningrad part of Russia?

The Kaliningrad Oblast is a territory of Russia. As an exclave, it is separated from its mother country’s capital of Moscow by about 680 miles.

After the conclusion of World War II, the Soviet Union was given control of the Kaliningrad territory at the Potsdam Conference. When the Soviet Union collapsed in 1991, the territory remained part of the Russian Federation, surrounded by newly independent countries which over time developed close ties to the West. Eventually, Poland and Lithuania joined the NATO alliance.

Why is Kaliningrad important?

Kaliningrad is the only Russian port on the Baltic Sea that is ice-free year round and is an important launch point for the nation’s naval fleet. Its strategic location prevents ships from having to circumnavigate Scandinavia by way of a northern passage, traveling through the Arctic Ocean. This is the route ships have to take from the second port of the Baltic Fleet in St. Petersburg.

Along with its fleet, Russia also has nuclear weapons stationed in the territory, according to the Lithuania. In March, Russia ordered its nuclear forces on high alert in response to what it called mounting pressure from NATO countries making “aggressive statements about our country.”

Nuclear warheads attached to short or intermediate range ballistic misses stationed essentially inside NATO territory provide Russia with a more assured first strike due to the limited time it would take the missiles to reach their targets in Europe.

What has Russia’s response been?

Russia has expressed outrage at the move by Lithuania and has vowed to respond in a manner in which the citizens of Lithuania will feel pain, but has failed to specify how it will accomplish this.

Russia has called the transit ban a “blockade” and said the move is a violation of international law. Kaliningrad relies heavily on imports from Russia for goods and materials.

Lithuania defended the ban saying it is simply a step taken to comply with the EU sanctions which have been implemented on Russia since their invasion of Ukraine in late February.

“The transit of passengers and non-sanctioned goods to and from the Kaliningrad region through Lithuania continues uninterrupted,” the Lithuanian Foreign Ministry said in a statement. “Lithuania has not imposed any unilateral, individual, or additional restrictions on the transit. Lithuania consistently implements EU sanctions, which have different transition periods and dates of entry into force.”

Ryan White is a reporting intern at Sightline Media. He is currently a senior at The University of Maryland, College Park studying journalism.