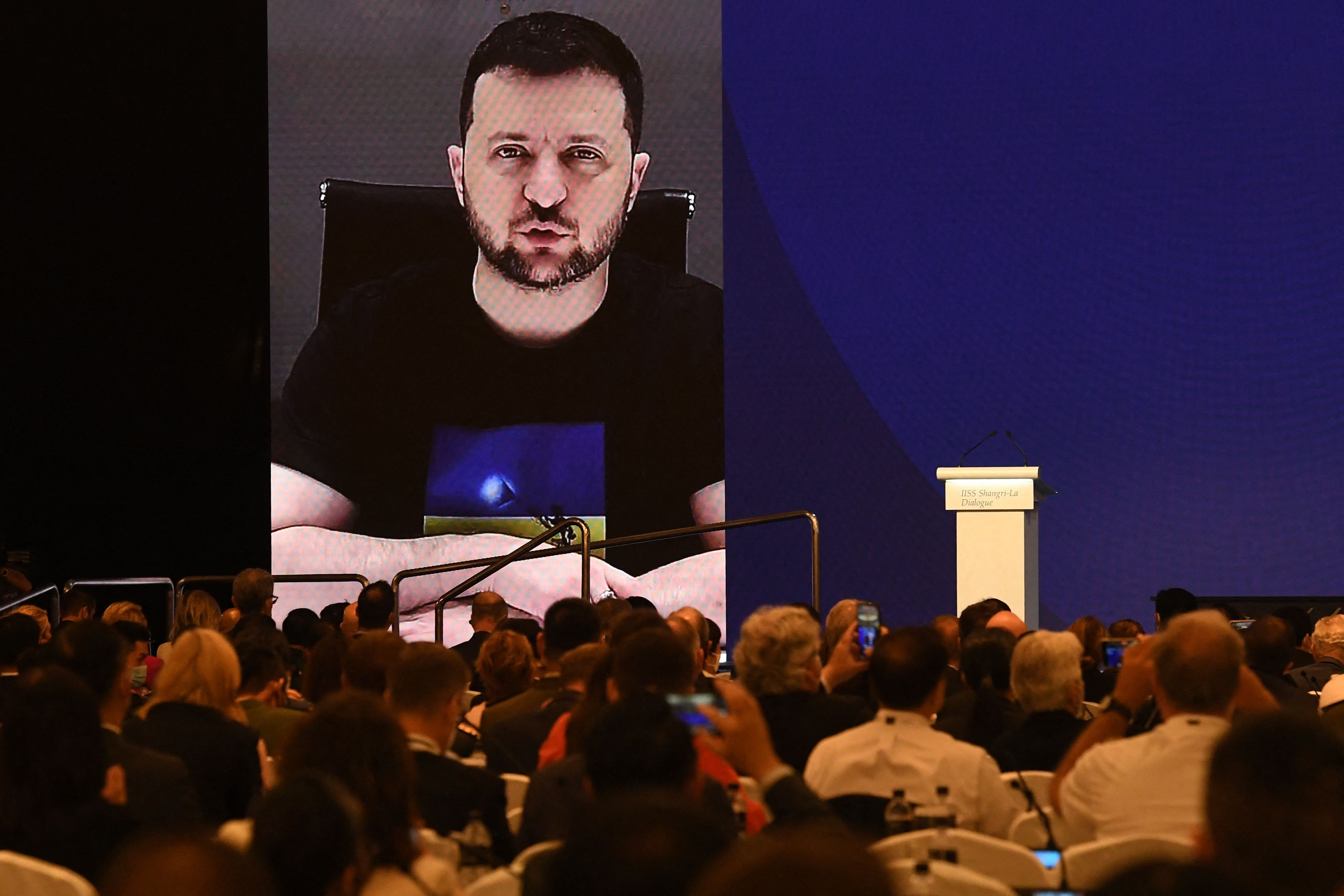 SINGAPORE — Ukrainian President Volodymyr Zelenskyy has called for preemptive action to “forestall violence” and calm regional tensions, citing Russia’s invasion of his country as an example of what can happen anywhere in the world.

Speaking during an unprecedented address delivered via video link at the Shangri-La Dialogue security forum in Singapore, Zelenskyy said the world must push for diplomatic solutions to support countries that are in need of help.

“We must not leave them behind at the mercy of another country which is more powerful in financial terms, in territorial terms and in terms of equipment,” he said in response to a question about what Taiwan can do in the face of military and political pressure from China. “No one benefits from [open conflict}, apart from certain political leaders, who are not content with the present level of their ambitions. Therefore, they keep growing their appetites and their ambitions.”

Zelenskyy cited the late leader while accusing the Russian leadership under President Vladimir Putin of striving to dismantle international law by invading Ukraine. The Kremlin seeks to make it “impossible for a neighboring country, which it regards solely as its colony, to be able to exist freely and independently,” he said.

He charged Russians with systematically looting the resources of occupied Ukrainian territory by stripping it of everything from industrial machinery to crops and cars, and he blamed global food insecurity on Russia’s blockade of Ukrainian ports in the Black Sea.

The blockade has left Ukraine unable to export its grain harvest, and Zelenskyy warned the world will potentially face an acute food crisis and famine in many Asian and African countries, possibly leading to political chaos.

Mike Yeo is the Asia correspondent for Defense News. He wrote his first defense-related magazine article in 1998 before pursuing an aerospace engineering degree at the Royal Melbourne Institute of Technology in Australia. Following a stint in engineering, he became a freelance defense reporter in 2013 and has written for several media outlets.