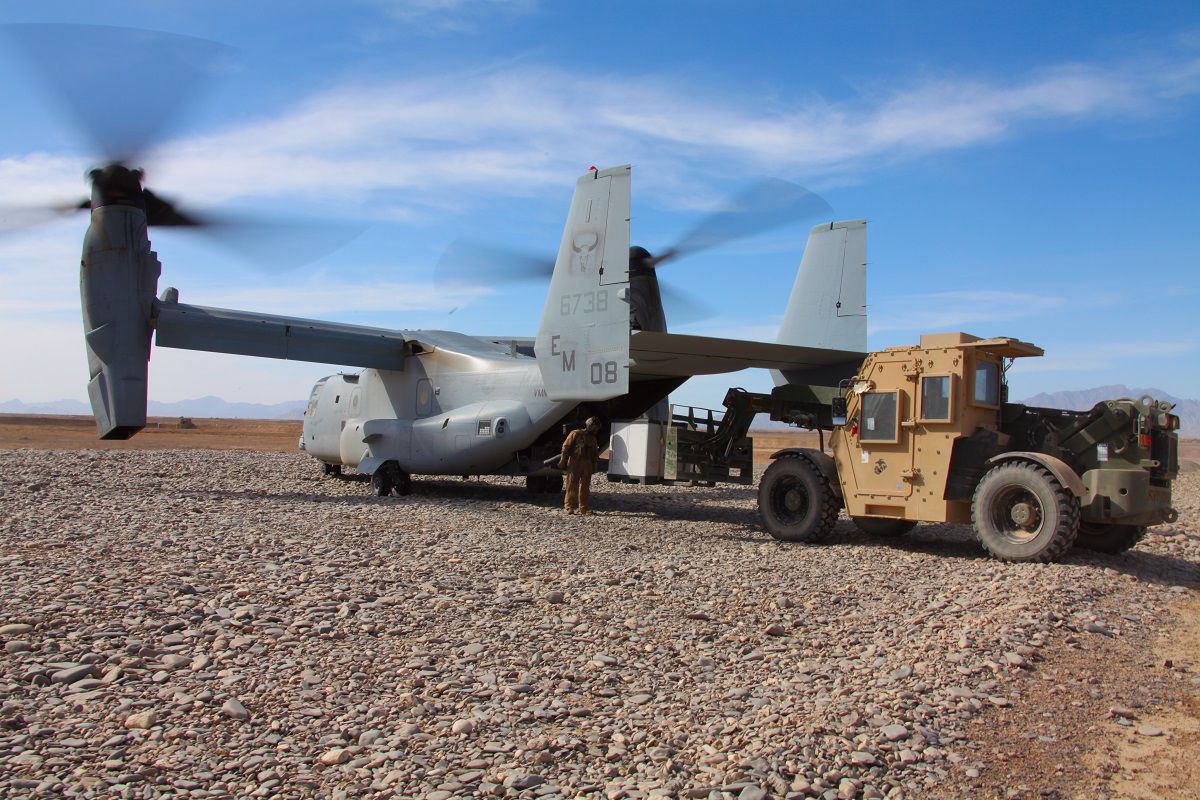 Four Marines were killed and another is missing after an Osprey aircraft crashed in the Southern California desert, a military official said Thursday, a day after the accident.

The official spoke on condition of anonymity because the investigation is still ongoing. No additional details were available.

The MV-22B Osprey was carrying five Marines when it went down at 12:25 p.m. Wednesday during training in a remote area in Imperial County near the community of Glamis, about 115 miles east of San Diego.

The aircraft was based at Camp Pendleton, California, with Marine Aircraft Group 39 and was part of the 3rd Marine Aircraft Wing headquartered at Marine Corps Air Station Miramar in San Diego, Maj. Mason Englehart, a spokesperson for the wing, said Wednesday.

The MV-22B is a twin-engine tilt-rotor aircraft that can take off and land like a helicopter but transit as a turboprop aircraft.

Versions of the aircraft are flown by the Marine Corps, Navy and Air Force.

Most recently, four Marines were killed when a Marine Corps Osprey crashed on March 18 near a Norwegian town in the Arctic Circle while participating in a NATO exercise.

The Osprey is a joint project of Bell Helicopter Textron and Boeing.

Its development was marked by deadly crashes, including an April 2000 accident in Arizona that killed 19 Marines.